The Power of Purging

The Potently Imperative Power of Purging 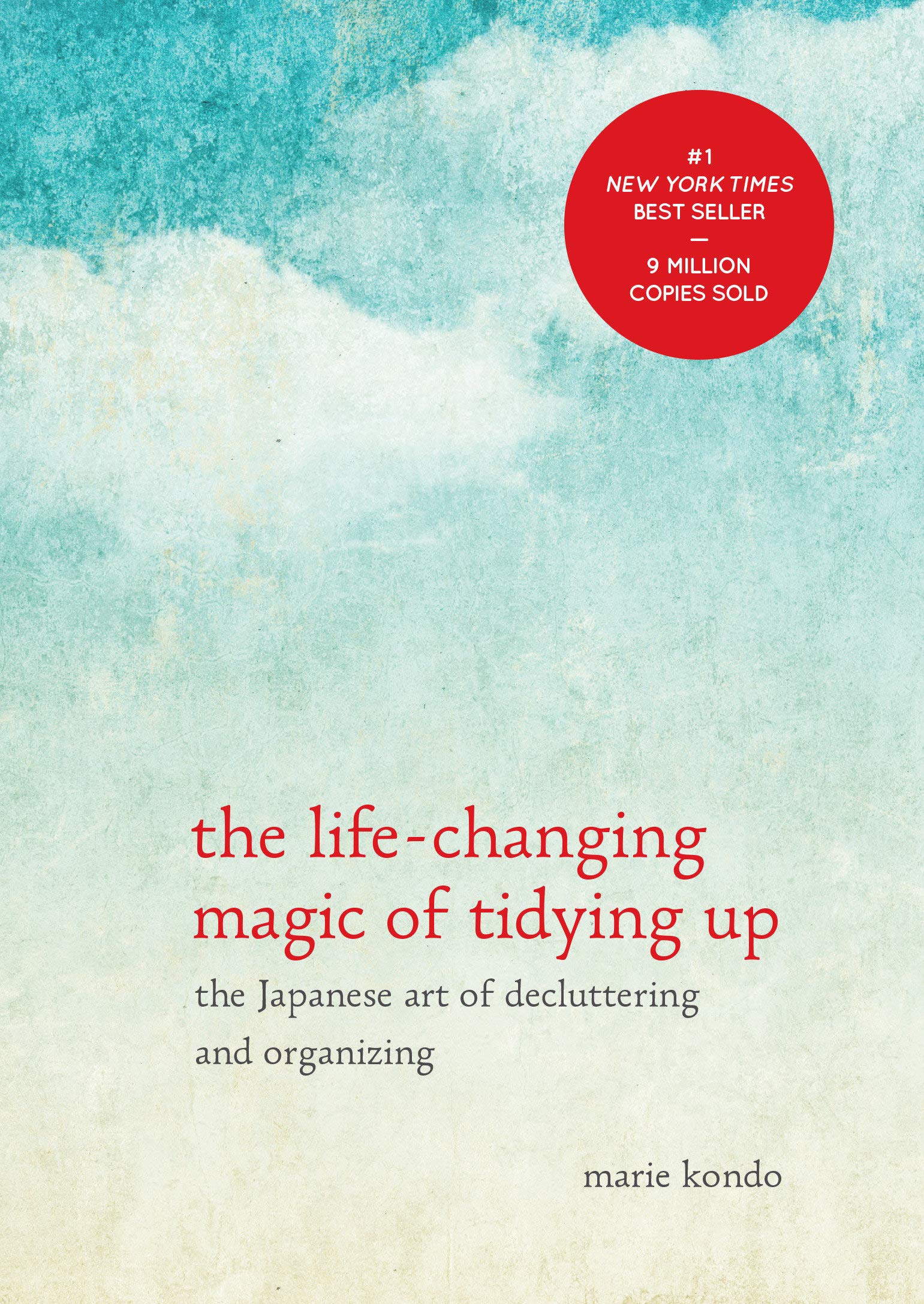 “To put your things in order means to put your past in order, too. It’s like resetting your life and settling your accounts so that you can take the next step forward.”

– Marie Kondo, “The Life Changing Magic of Tidying Up”

Why is we tend to adamantly resist the very thing that can help us the most?

Such was the case with Marie Kondo’s book, “The Life Changing Magic of Tidying Up.”

I can’t tell you the number of times I picked up the book over the past few years (whenever I saw it on my friend’s bookshelf), read a few paragraphs, rolled my eyes, then put it back on the shelf.

But on my last visit to my friend’s place (in early November, right before the second wave of the pandemic hit), I read more than a few paragraphs. I read the whole damn thing. Then I went home and got to work (on weekends and over the holidays), sorting through the remaining boxes in my garage.

“By handling each sentimental item and deciding what to discard, you process your past. If you just stow these things away in a drawer or cardboard box, before you realize it, your past will become a weight that holds you back and keeps you from living in the here and now.”

Every time I went in my garage, I could feel the weight of the past like an anchor on my soul.

And the more I sorted and purged, tossed and recycled, regifted and gave away to the thrift store, the lighter I began to feel. Click To Tweet

Truth be told, I also felt a little sick to my stomach much of the time…as if my body was trying to rid itself of old, stagnant energy that had become toxic.

“It is a very strange phenomenon, but when we reduce what we own and essentially “detox” our house, it has a detox effect on our bodies as well.”

And then the New Year rolled in…and that’s when things got really interesting.

I went to bed early on New Year’s Eve. I woke up bright eyed & bushy-tailed on January 1st and went straight to my garage to tackle the next two boxes waiting for me on my sorting table.

The two boxes were filled with memorabilia from John’s police funeral more than twenty years ago. The items ranged from the list of handwritten names of people who had attended his funeral, to the dozens and dozens of sympathy cards that had been sent to me.

Over the past two decades, I had gone through – multiple times – the many boxes that held items related to John’s career with the Calgary Police Service, as well as his death and funeral. Over the years, I had got rid of many items…or found a special place to display them in my home.

There were, however, still a fair number of boxes that held items I knew were no longer serving me. In fact, I suspected they were no longer healthy for me to hold on to. Perhaps they were even holding me back?

But I had a plan for the mountain of sympathy cards:

I would flip through the cards quickly, one by one, and keep only the prettiest ones…then make new cards out of those (to sell at markets and through my Pink Gazelle Cards Etsy shop).

If you are familiar with Marie Kondo, you will know she strongly believes that the key to effective decluttering is to only keep items that “spark joy” when you touch them. Now, when it comes to looking through sympathy cards that had been sent me during the most horrific time of my life, not much was sparking joy per se.

But there was definitely something going on as I flipped through all those cards. I could feel the love from of all those people who had cared enough to reach out to me during my darkest days.

I had certainly felt that love all those years ago, when the cards were first sent to me.

“The purpose of a letter is fulfilled the moment it is received.”

But can a card, sent from one heart to another, actually hold on to that love?

In light of what happened next, I suspect it can.

For there I was, on the morning of New Year’s Day, sorting through sympathy cards sent to me all those years ago as a young police widow. To be honest, it was easy – and fast – for me to choose the cards I wished to keep and recycle the rest.

Obviously, it was the right time to tackle this task.

In fact, as I worked my way through the bundles of cards, I rarely even opened the card to see who had sent it to me. Instead, I was just intuitively choosing the most aesthetically pleasing cards that I knew I could re-purpose into new ones 😊

But then I came across a card that stopped me in my tracks. It was so pretty and so unique and resonated so strongly with my soul, that I opened it up to see who had sent it to me. 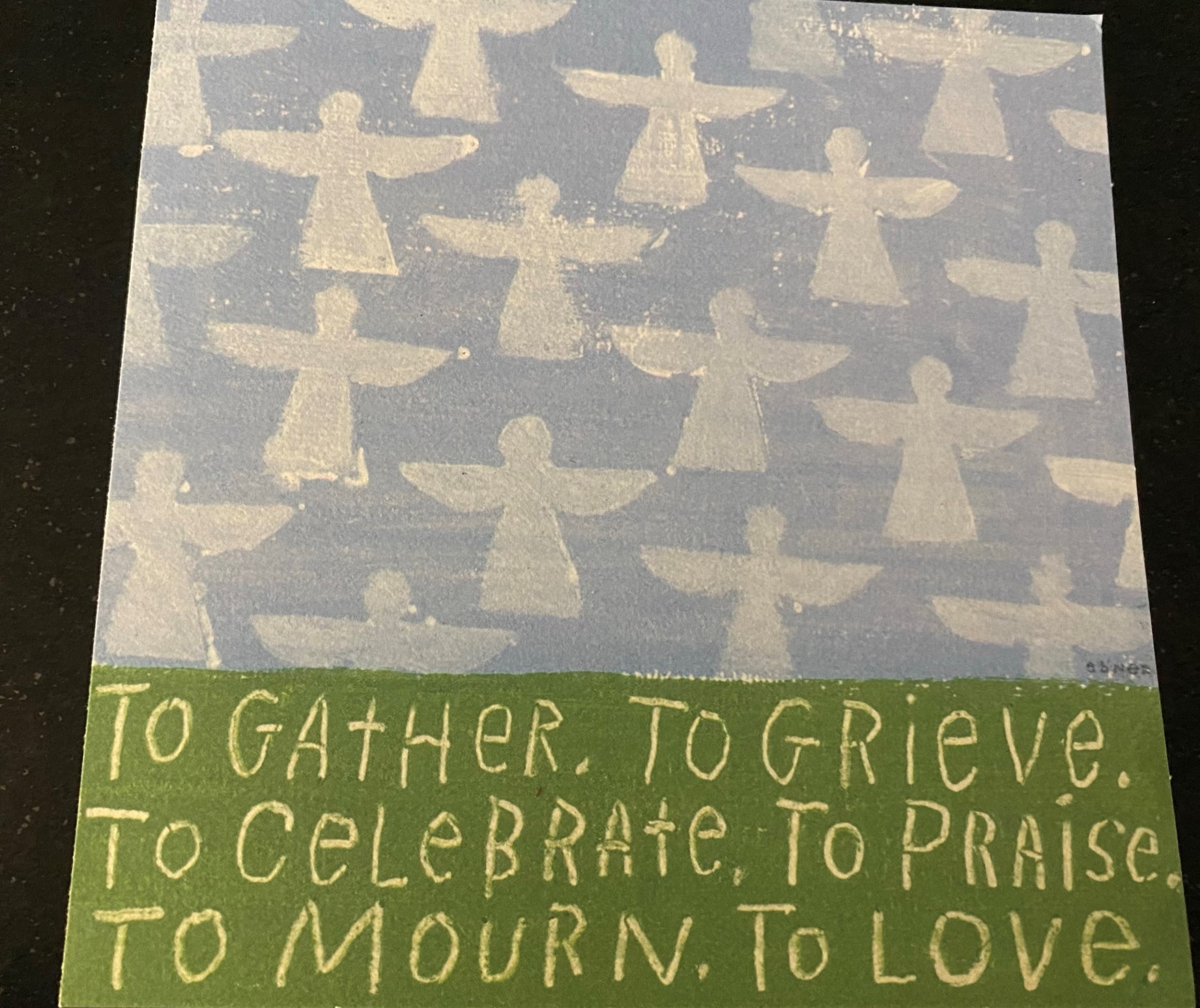 It was from a friend of mine whose own husband had died suddenly three months ago. She and I have been in close contact over the past few months, as she painstakingly navigates her own heartbreakingly difficult path through widowhood.

Love, it would seem, has a way of coming full circle.

I ran into my kitchen to text her – and send her a photo of the card she had sent me all those years ago.

Then I read a text from another friend. Which is when I heard the news: a Calgary police officer had been killed in the line of duty on New Year’s Eve.

Sgt. Andrew Harnett was the first Calgary police officer to die in the line of duty since 2001…nineteen years ago. Why I had chosen New Year’s Day of all days to finally go through the sympathy cards from John’s death is a mystery…to me, anyway.

My soul, on the other hand, seems to know exactly what it’s doing.

For sure enough, another young police widow in our hometown of Calgary just began her own journey down an excruciatingly difficult path.

So what did I do?

Well, first I sat down and made my friend a beautiful new card out of the one she’d sent me twenty years ago. Then I went through the small remaining stack of sympathy cards that I had chosen to keep (to make new cards out of). I quickly flipped through these, looking for the right one to make a card to send to the new police widow. It took me seconds to find the right card…for not only was it beautiful, it almost seemed to quiver when I touched it.

I took a deep breath and opened it up, to see who had sent it me two decades earlier.

The card was from a Calgary police officer by the name of Mike Turcotte and his wife Twyla. Mike hadn’t personally known John, but he and Twyla had been so impacted by John’s death that Twyla had made me a cooler full of personal-size lasagnes. 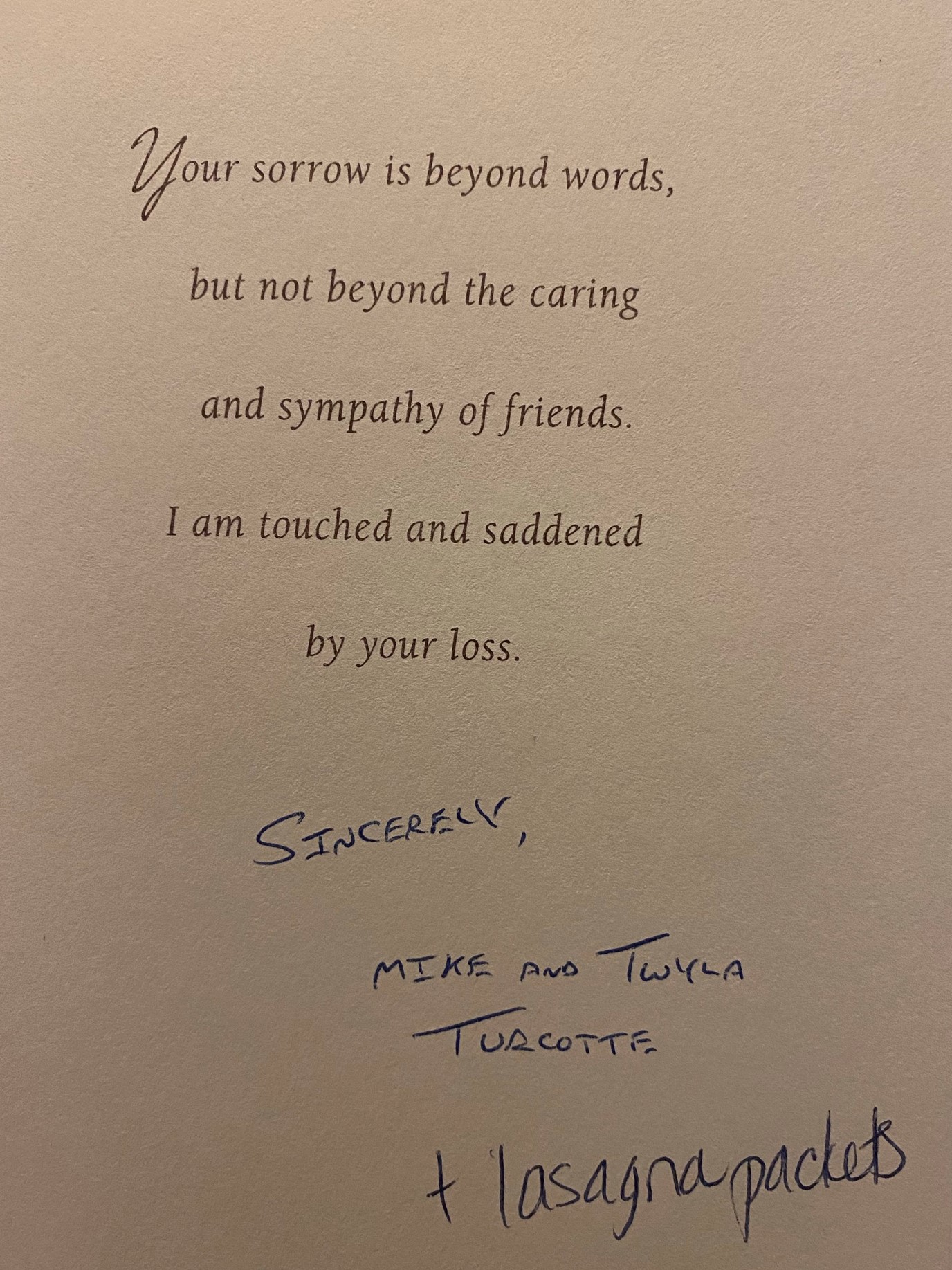 I can still see Mike standing on my front step the day he brought the cooler over, a few weeks after John’s death. We talked about travel. I even wrote about Mike and Twyla’s kindness in my book, “A Widow’s Awakening.”

If you are a regular reading of my blog, you may recall that in January 2020, I delivered a John Petropoulos Memorial Fund presentation to the Calgary Police Veteran’s Police Association. After my presentation, Mike shocked me by presenting me with an Honorary Membership to the Calgary Police Veteran’s Association. That blog was entitled, “Coming Full Circle.” 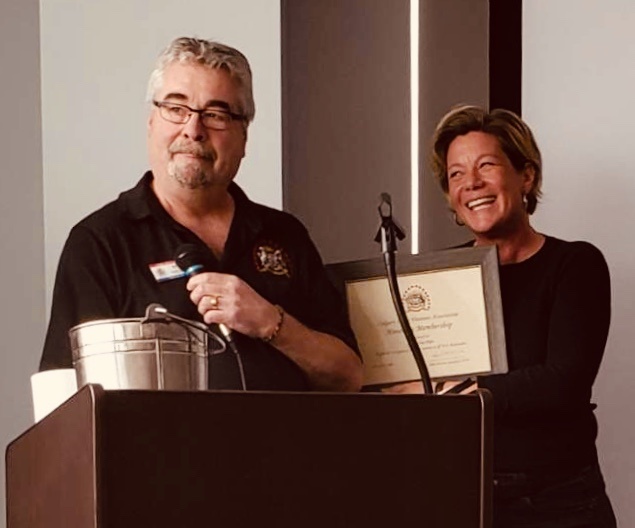 What are the chances that out of literally hundreds of old sympathy cards, I would choose his & Twyla’s card to make a new one to send to the new Calgary police widow?

Statistically, the chances are slim. Spiritually, it tells me I am on the right path. No one said it would be an easy path – for any of us. But this much I know:

When we take the time to reach out to others with love and kindness, we can make someone else’s path a tiny bit easier...lighten their load just a little. Click To Tweet

We are so much more connected to each other than I think we realize. Likewise, I think we are far more attached to our belongings – and the emotional energy they may hold – than we are willing to admit.

By letting go of all those old sympathy cards, I’d like to think I am releasing back into the world all that love that was sent my way two decades ago. Goodness knows, the world needs as much as love as possible to get back into circulation right about now 😊

If you are ready to do a little household purging yourself, I highly recommend reading Marie Kondo’s book. Click To Tweet

If you, too, have been resisting reading it, fret not. As Carl Jung said, “What you resist persists.” 😊

The time will come when it feels right to lighten your load and get on with your life.

“It is not our memories but the person we have become because of those past experiences that we should treasure. This is the lesson these keepsakes teach us when we sort them. The space in which we live should be for the person we are becoming now, not for the person we were in the past.”

Maryanne Pope is the author of A Widow’s Awakening, the playwright of Saviour and the screenwriter of God’s Country. Maryanne is CEO of Pink Gazelle Productions and a Director with the John Petropoulos Memorial Fund. To receive her weekly blog, Weekly Words of Wisdom, subscribe here.

6 thoughts on “The Power of Purging”