“When we come full circle there is a feeling that we have come to a familiar place but we are somehow different.”

On Wed Feb 5th, 2020, I was at the Calgary Police Service Veteran’s Association luncheon. I had been asked to deliver a short presentation about the workplace safety efforts of the John Petropoulos Memorial Fund.

But before doing so, I was chatting with the President of the Association, Mike Turcotte, a retired police officer. Mike and I knew we had met before – but at first, neither of us could remember exactly when. Then it hit me.

Here’s the excerpt from my book, A Widow’s Awakening, (two weeks after John’s death):

Home again, we’re barely in the back door when the front doorbell rings. I open it to find a police officer, wearing tall black boots and holding a large cooler.

I open up the lid; it’s full of personal-sized lasagnes. “Thank you!”

He smiles. “My wife made them for you.”

I invite him in for a coffee and we sit at the kitchen table.

“I hear you’ve traveled quite a bit,” he begins.

But traveling is the last thing on my mind right now. I ask him which area of the police service he works in.

The officer sticks out one boot. “Traffic.”

Mike Turcotte was that officer. Now, nearly twenty years later, our paths had crossed again. And I experienced a powerful sense of coming full circle…not just because I am traveling up a storm these days! But rather because it made me realize how far I’d come – personally and professionally.

If Mike had said to me twenty years ago, as we stood on my front porch, that in twenty years I would be fully healed, truly happy, traveling, writing and still working with the JPMF, I doubt I would have believed him. Click To Tweet

Then I delivered my presentation. But instead of the planned Q&A afterwards, Mike caught me completely by surprise when he pulled out a framed certificate and gave a speech on behalf of the Calgary Police Veteran’s Association. I was being given an Honorary Membership for my work with the John Petropoulos Memorial Fund over the years, helping raise public awareness about workplace safety issues facing first responders. 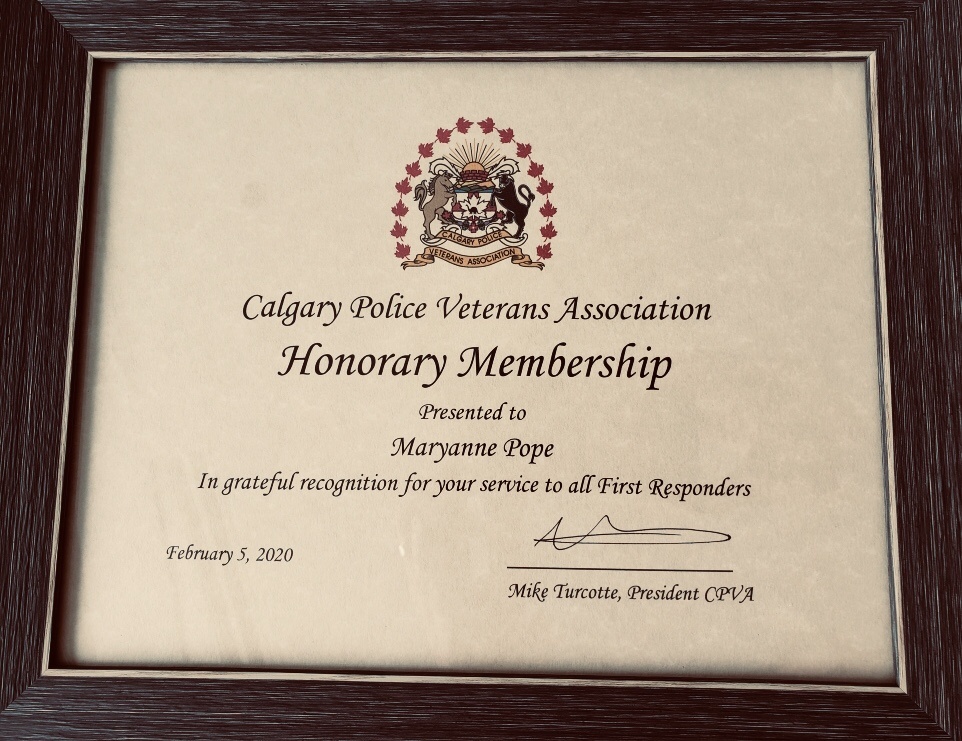 I was speechless. Yes, I realize that very rarely happens 🙂 but it did this time!

Now that a few days have passed, however, if I could turn back the clock and give a little thank you speech, this is what I would say:

It has been an honour to work with the JPMF for the past 20 years. We will never know the impact we have made in terms of reducing workplace fatalities and injuries. But we do know that we have accomplished far more than if we had chosen to do nothing in the aftermath of John’s preventable death.

When it comes to transforming tragedy into positive change, it is better to do something than nothing at all. Click To Tweet

But the JPMF has always been – and continues to be – a team effort. If it wasn’t for the three police officers (John’s recruit classmates) who started the Fund – Cliff O’Brien (who is still on the Board!) Joel Matthews & Glenn Laird – and the hard work of the Managing Director, Ian Wilson (12 years!), as well as the contributions by other Board members and dozens of other people (paid and volunteer), there would be no JPMF.

But I shall graciously accept this honorary membership. John would be proud…although I can see him rolling his eyes at the fact that I somehow managed to finagle my way into an association in which everybody else had to put in their 25 year policing career! 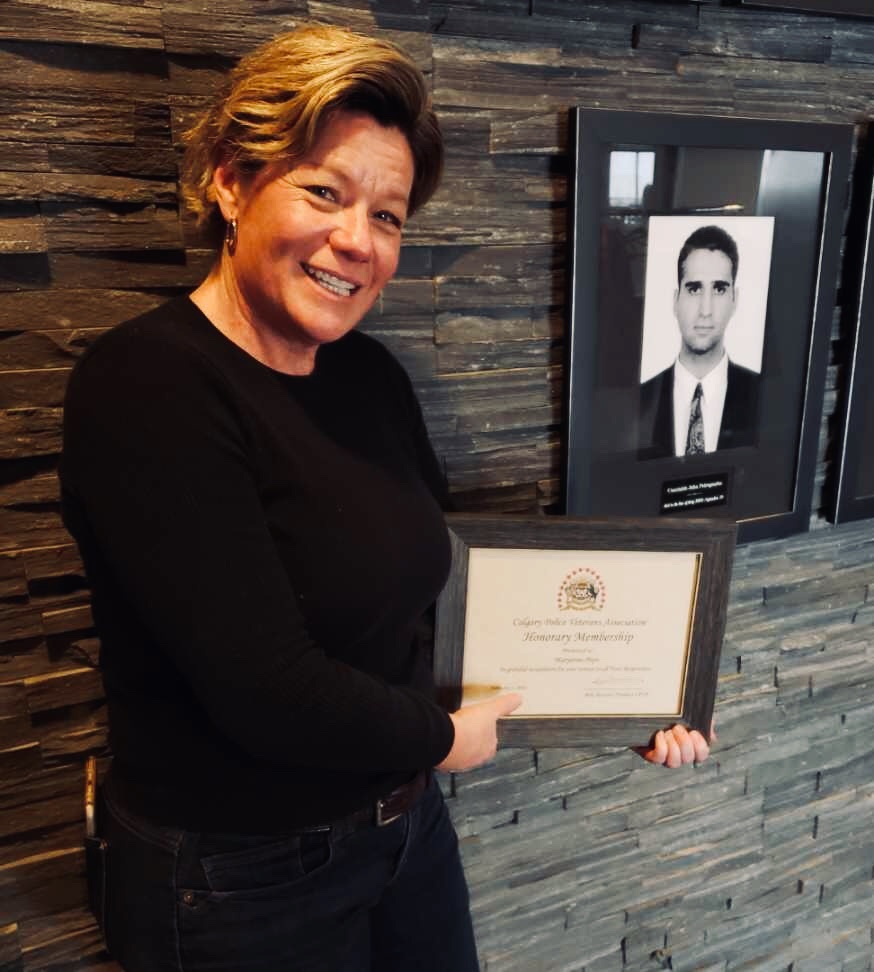