Trigger Not So Happy

PrevPreviousCan a Sad Story Save a Life?
NextPolice Memorial ServiceNext 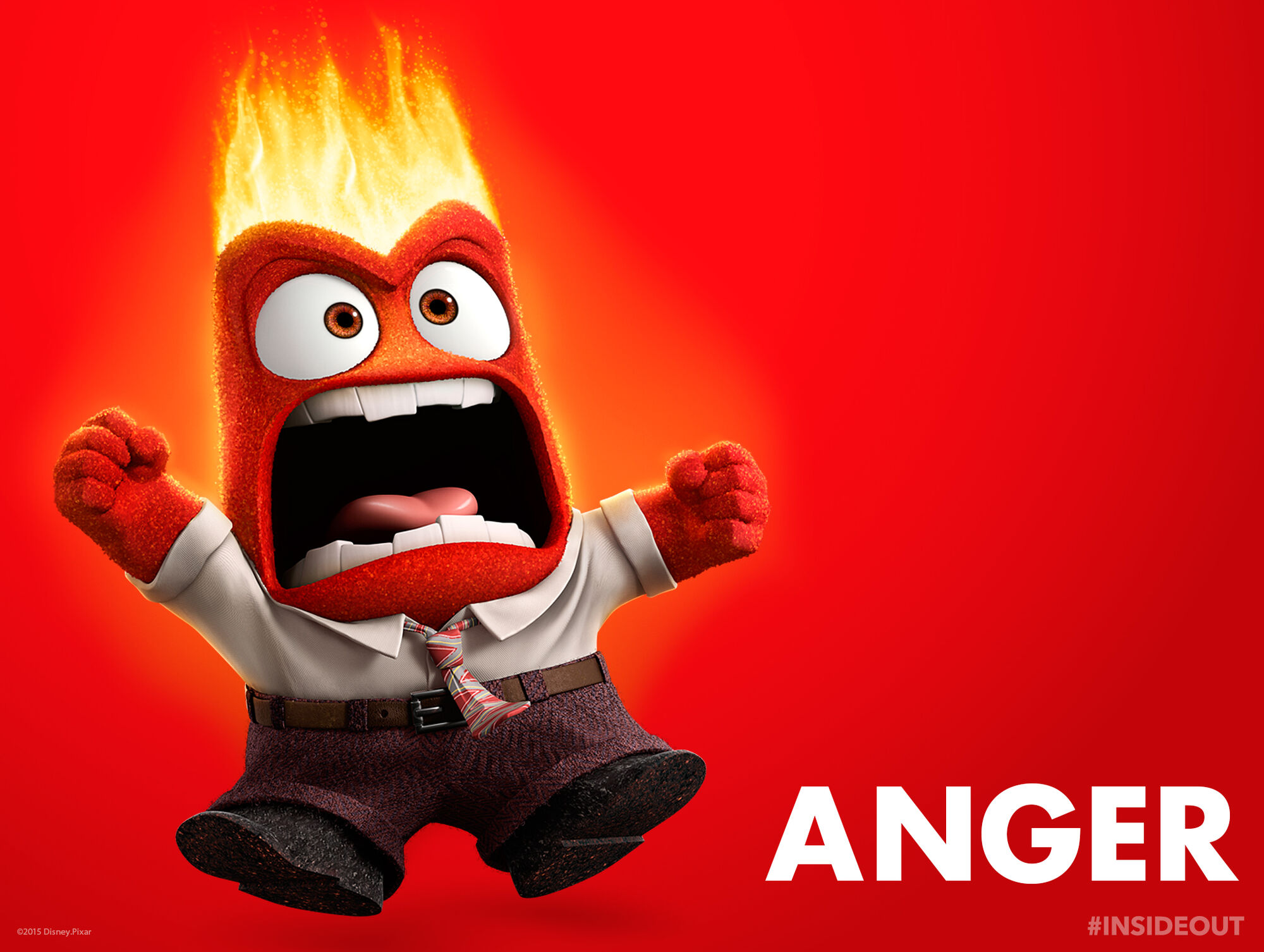 A trigger can be anything that sets off your personal “red alert.”

Apparently, even, a barking dog.

“A trigger in psychology is a stimulus such as a smell, sound, or sight that triggers feelings of trauma. A trigger is a reminder of a past trauma. This reminder can cause a person to feel overwhelming sadness, anxiety, or panic.”

On the morning I had to put my dog, Sadie, to sleep, I experienced an emotional trigger that launched me, lickety-split, into red alert.

The previous afternoon, I had received the news that Sadie, my 12-year-old Golden Retriever, had bone cancer. I had left the vet knowing I had to make a very difficult decision that evening, seeing as I was leaving the next day on a 3-week trip to Ecuador. I had taken Sadie home and we’d spent a special, albeit heart-breakingly difficult, last evening together.

We shared a T-bone steak, as I talked to her and thanked her for all the fun times we’d had together. I cried and cried and cried, hoping to God she would understand that the time had come for us to bid farewell. Yes, it was a dreadfully sad evening…but it was a peaceful one because I was able to quietly make – and accept – the decision that was best for her. I knew I had to call the vet in the morning and make an appointment to have her put to sleep.

Unfortunately, the next morning did not go as I had hoped.

What I had wanted – and expected – was to spend my last few hours with Sadie, talking to her, petting her, giving her treats and saying goodbye in the peaceful back garden of our new home…in our QUIET new neighbourhood.

You know…the one I moved heaven and earth to find because of the experience in my last home – the one in Sidney, where I pretty much lost SEVEN years of my life living next door, in constant anxiety and frustration, to the world’s noisiest neighbours.

After I had finally made the decision to flee that sinking ship (rats moving into the crawlspace was the last straw), I sold my home, put my belongings in storage and embarked upon – and fully embraced – the gypsy life with Sadie for 18 months.

If it wasn’t for Sadie’s deteriorating mobility due to arthritis, I probably would have continued the gypsy life indefinitely…mainly because I was terrified of purchasing a home again, only to discover I had landed near noisy and inconsiderate neighbours…again.

Perhaps you can see where this is going?

For on my last morning with Sadie, guess what happened? The morons across the street allowed their dog to bark, non-stop, for three hours. And let me tell you, the psychological and emotional response this triggered in me was rather like The Tell-Tale Heart, the short story by Edgar Allen Poe, where the main character thinks he can hear the heart of the man he murdered beating in the wall of his home. In his head, the heartbeat gets louder and louder and LOUDER.

So, too, did the barking of the dog across the street.

In reality, of course, the barking dog wasn’t really that loud (especially since I had moved inside and shut the windows) but in my head it certainly was.

I had gone into Red Alert.

Thankfully, I was still able to think somewhat rationally…

No, I thought…better not. That would be messy.  Plus, I already have one death ahead of me today that I have to get through.

In other words, I was a little too close…to losing my shit.

Now the astute reader, such as yourself, might be inclined to point out that when the barking dog trigger occurred that morning, I was already in an extremely emotional state because I was preparing to put my beloved dog to sleep.

This, of course, is true…which is another reason I didn’t walk across the street and get into what would have undoubtedly been a spectacular Jerry Spring style argument with my neighbor. They probably weren’t even home anyway and had just left their distressed dog in the back yard.

At any rate, yes, I was indeed already in full-on grieving mode and had the wherewithal to recognize that I HAD to stop a moment and ask myself:

The answer: I had to calm down enough so that I could fully be there for Sadie when the dreaded (and rapidly approaching) time came to say goodbye. I needed to be in a relaxed, peaceful and present state of mind.

So I loaded Sadie in the CRV and drove around awhile to calm down. Then I took her to the vet and was able to sit with her, comforting her as she passed, peacefully, between life and death.

Then I drove home, threw my suitcase in the CRV, backed out of my driveway, gave the finger to my neighbor’s house, yelled a few choice words then drove away…knowing full well that the anger – the fury – I felt towards them was going to have to be dealt with at some point.

And over the next couple of months, it was.

Thankfully, I was able to grieve Sadie’s death, and pretty much come to peace with her passing, while I was in Ecuador. But the anger I felt towards my neighbor stayed in my heart and mind.

I was terrified of what my future might hold. The entire time I was in Ecuador, I worried that the new home I had just bought – partly for the dog I had just lost – would not be the quiet and serene surroundings I SO needed for my work and peace of mind.

What if I returned home from Ecuador and not only would I not have my furry best friend around anymore, I would now be subjected to the irritation of a constantly barking dog? Dear God, what if I was in for another seven years of noise?

I began to realize that the dog barking on the morning of Sadie’s passing had, in fact, been an emotional trigger to a past trauma: that of remaining next door to a noisy neighbour far longer than I should have.

Now, some people might laugh at the fact that I had been “traumatized” by a noisy neighbor (one person did laugh when I shared this recently). But I had. And I make no apologies. For different things are important to different people.

And for me, as a writer who works from home, a quiet neighbourhood is really important to me…and I will never again waste precious time and energy pretending it isn’t. Click To Tweet

In preparation for writing this blog, I did some research into triggers and came across an excellent an article, How to Deal with Anger Constructively, by Registered Clinical Counselor, Esther Kane, that helped me better understand what I had experienced. Here’s a snippet:

“From the vantage point of my therapy chair, I can often sense lots of emotions coming up in the person seated across from me, even if they aren’t necessarily showing what they’re feeling on the surface. When I checked in with a client recently who I sensed was angry, she said, “I AM angry. Really angry! I don’t know what to do with this feeling.”

At that moment, the image of a volcano came to me: On the surface, my client was the calm-looking solid volcano, but brimming beneath the volcano’s surface was red-hot lava bubbling and churning and wanting to explode. I see this a lot with women-especially when it comes to identifying and dealing with anger.

But before I go on, I’d like to make you laugh with a wonderful clip from INSIDE OUT– a children’s movie about emotions…this one explores anger and will definitely make you laugh.

I always tell my clients who are startled by the hot-lava emotions which bubble up to the surface that while it can be upsetting to feel such strong emotion; that there is no danger in any feeling. Feelings like anger are energy that come up and out and with some mindfulness applied, can be channeled for healing and peace – in our relationship to ourselves and others. The most important caveat I give clients is to not lash out in anger either to ourselves or at another person. That never turns out well.”

A volcano about to erupt is a perfect analogy to what I experienced that morning. And if you haven’t seen the clip from the film, Inside Out, take a moment and watch it…it’s brilliant.

As for the barking dog across the street?

When I got home from Ecuador, the dog across the street did still bark on occasion throughout the summer. But in all honesty, not that often. I have been keeping a log of when the dog barks and for how long, just in case I decide to make a noise complaint to the town. But truthfully, it hasn’t been a big deal…and for this, I am extremely grateful.

How to Cope with an Emotional Trigger

As for how to cope with an incident that triggers you emotionally, I shall leave that advice to the experts, such as Esther Kane. But this much I can tell you: when something happens and we lose our shit – or are dangerously close to losing our shit – then we better pay damn close attention and start asking ourselves some questions:

#2) What do I have to do to get safely out of this moment: What’s Important NOW?

#3) Why do I think I was so impacted/triggered?

#4) Why do I REALLY think I was so impacted/triggered?

#5) How am I going to deal with it, if it happens again in the future?

Then we need to get some sort of plan – and healthy coping mechanisms – in place.

The world is full of stimuli, any of which could be potential emotional triggers. Click To Tweet

We can’t always control what happens around us, but we can control how we react to it…even if that means simply getting ourselves AWAY from a distressing situation as fast as possible. 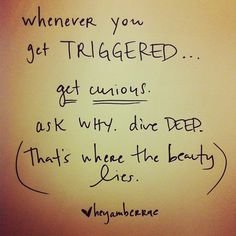 Sometimes Things Have to Springer Before They Settle

When Opportunity Knocks on the Door – Literally

What’s Important NOW? The Question that Took Me to Chicago

Anchors Away – Letting Go of Anger

PrevPreviousCan a Sad Story Save a Life?
NextPolice Memorial ServiceNext

6 thoughts on “Trigger Not So Happy”