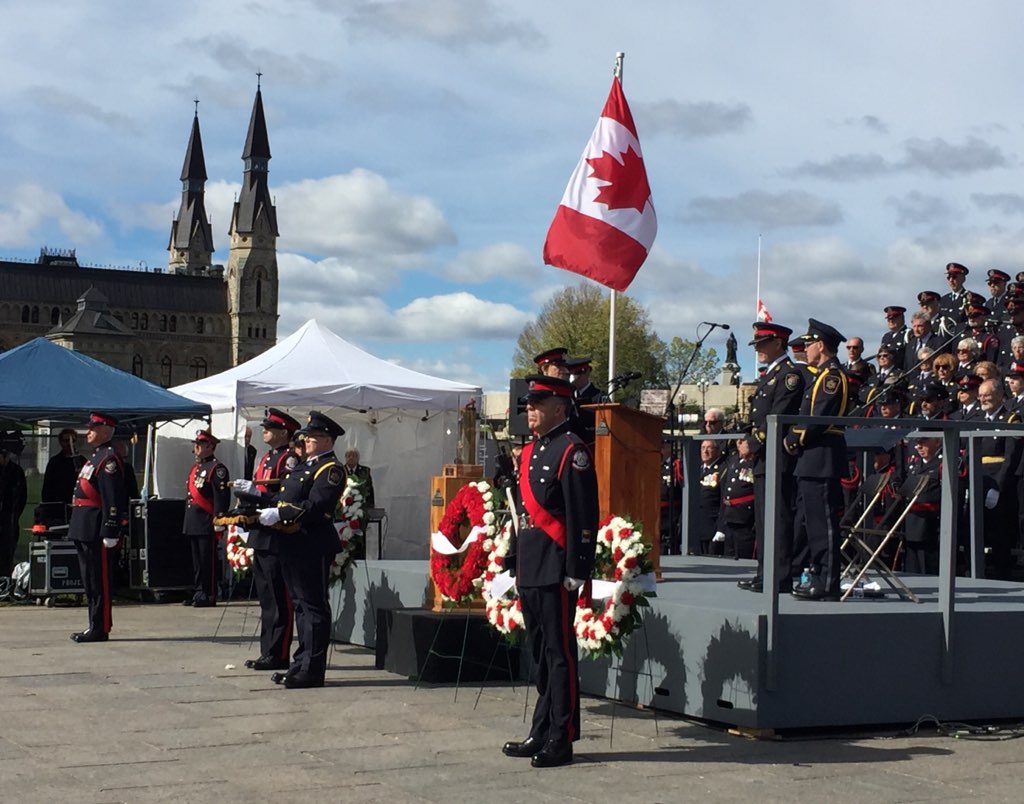 “A broken heart heals when we allow the healing to go as deep as the wound went.”

On Sunday September 29th, I was in Ottawa for the annual Canadian Police & Peace Officers’ Memorial Service. I decided to attend the ceremony because this year’s service fell on the actual 19th anniversary of John’s death.

For moral support, I brought along my brother, Pat, his partner, Mary, and friends of the family, Dennis and Teresa.

On the Saturday evening before the Sunday service, there was a Next-of-Kin Candlelight Vigil. I must confess I didn’t really want to go this event…and I’m not quite sure why. But I’m awfully glad I did.

Pat, Mary and I arrived at the evening event a little late, so we stood at the back of the room, listening to the presentations. Afterwards, I was gathering up my coat when a woman walked over and threw her arms around me.

“Maryanne Pope!” she cried. “You FINALLY made it to the Ottawa service!”

“I LOVED your book!” she said. “You told it like it is…right down to how being a new police widow at this service is about as much fun as having a knitting needle poked in your eye! That was PERFECT.”

She introduced herself as another police widow and it all came back to me. We had communicated via e-mail and social media years ago but hadn’t been in touch recently. We chatted a little then she waved another woman over.

“I thought that was you at the back of room!” said the second woman, another police widow, who also gave me a big hug. “I’m so glad you came! I loved your book. I cannot tell you how much it helped me and so many others.”

Then she waved another woman over and it happened again. “I loved your book! Why didn’t you tell us you were coming? You could have joined us for our widows dinner!”

Then we all walked from the building – quietly sharing our stories and heartaches, lessons, hopes and dreams – to the glass panels outside, where the names of all the fallen Canadian peace and police officers are etched. 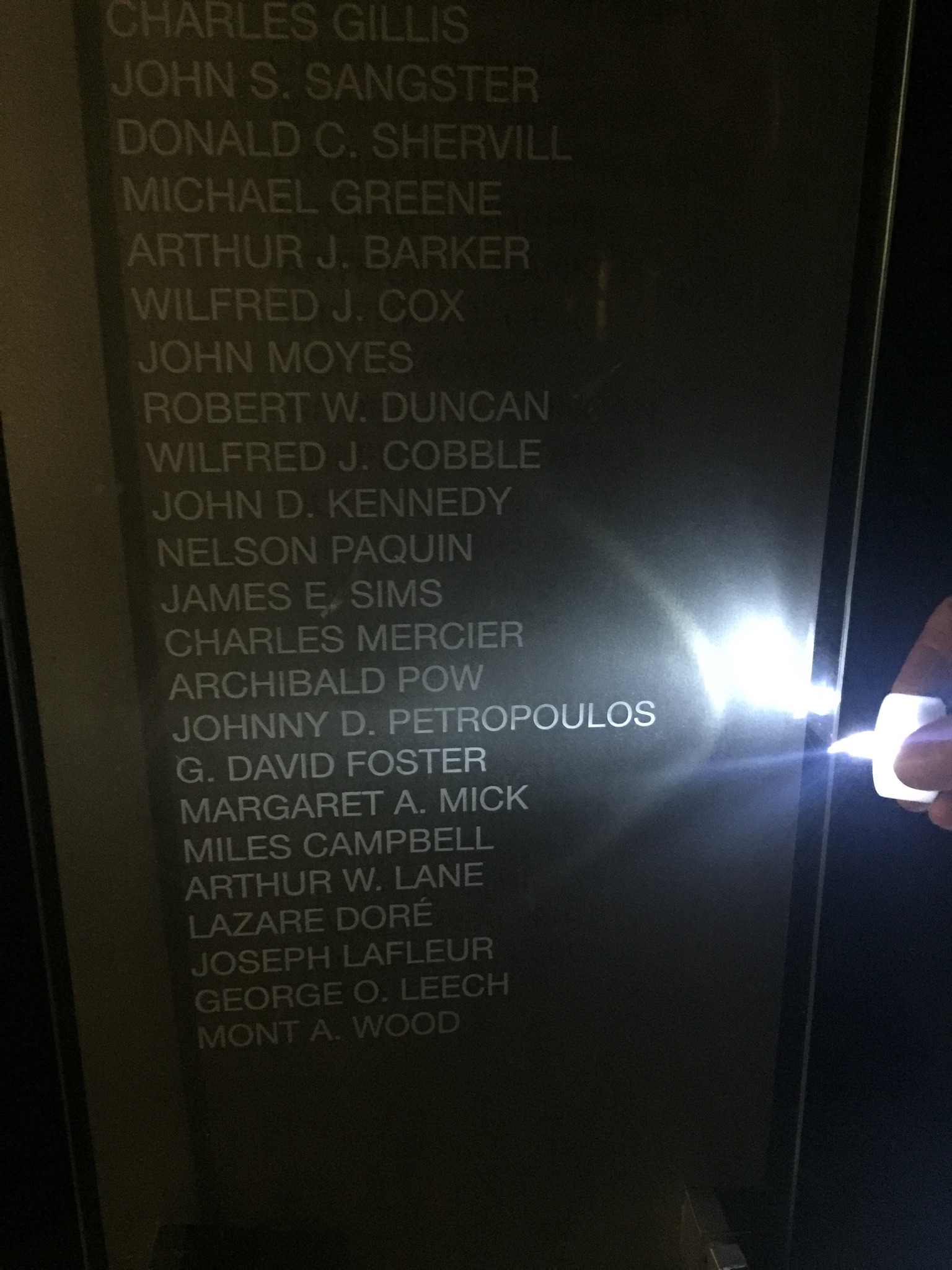 We found the names of our loved one and placed a tealight at the base of the panel. Someone was softly strumming a guitar and a few family members were singing. It was beautiful. Then people slowly started drifting off.

When I return to Ottawa next year for the 20th anniversary of John’s death, I will most definitely join the other widows for dinner. It would be an honor. 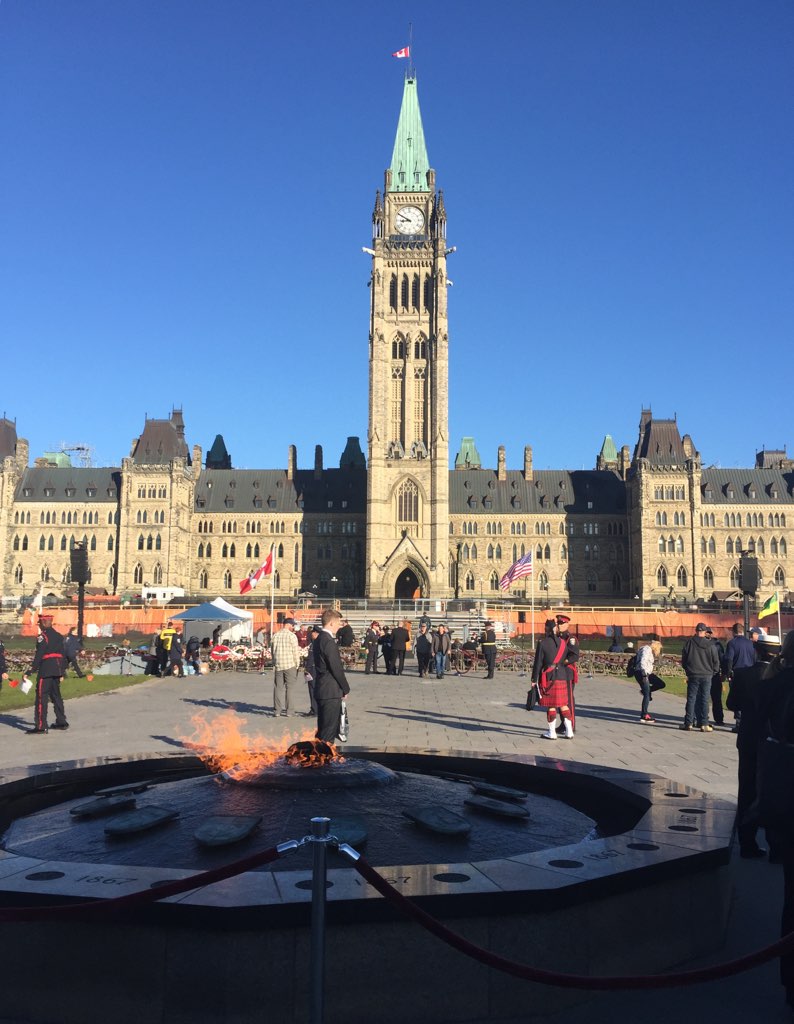 The next day was the actual memorial service. It, too, was beautiful…the weather, the surroundings, the people I was with, the ceremony, the music,  the man I was remembering, the profession for which he gave his life.

The service itself was similar to the one I had attended eighteen years ago as a shattered young police widow. But I am different…my heart has healed.

Here’s an excerpt from my book, A Widow’s Awakening, about my experience of being in Ottawa one year after John’s death (John is “Sam”):

On September 30th, Sam’s family, Ed and I have front row seats at the national memorial service for fallen officers at the Parliament Buildings in Ottawa. I’ve tried to mentally prepare myself for today. Tom will be carrying a police hat, representing Sam, on a pillow. There will be thousands of officers from across North America. The media will be filming family members of officers who have passed away in the line of duty during the past year. There will be speeches. There always are.

What I’ve forgotten to factor in, however, is that although I’ve survived a year of widowhood, I am nowhere near healed. Thus it isn’t pride, respect and honour I feel as the pipe band marches by; it’s anger. Boom, boom, boom goes the drum and I’m back at Sam’s funeral watching the pallbearers climb the church steps, struggling beneath the weight of his casket. Who did take more than a fucking date square from his funeral? Has any positive change come from his death? Are workplaces any safer?

You tell me. Since John’s death in 2000, nearly 20,000 Canadians have died as the result of a workplace injury or illness. In 2020, the John Petropoulos Memorial Fund will be producing our ninth public service announcement to raise awareness about this shocking statistic.

Yes, my heart is healed. But the work continues…in the hopes that other people won’t have to go through what I – and thousands of others – have gone through.

Here are a few more photos from the Ottawa service: 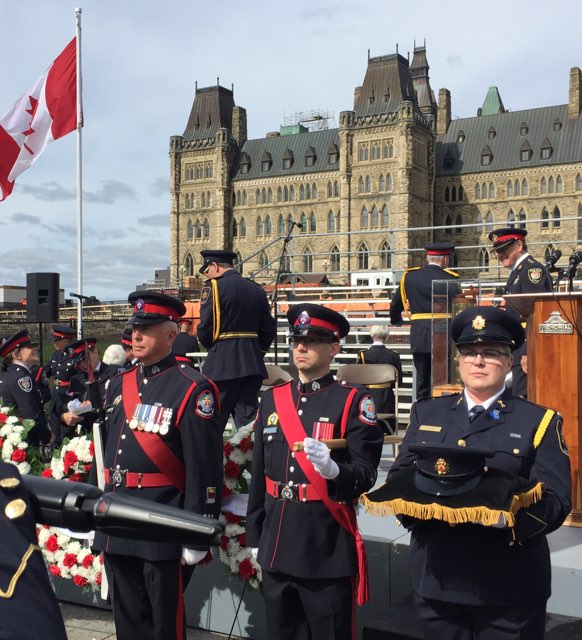 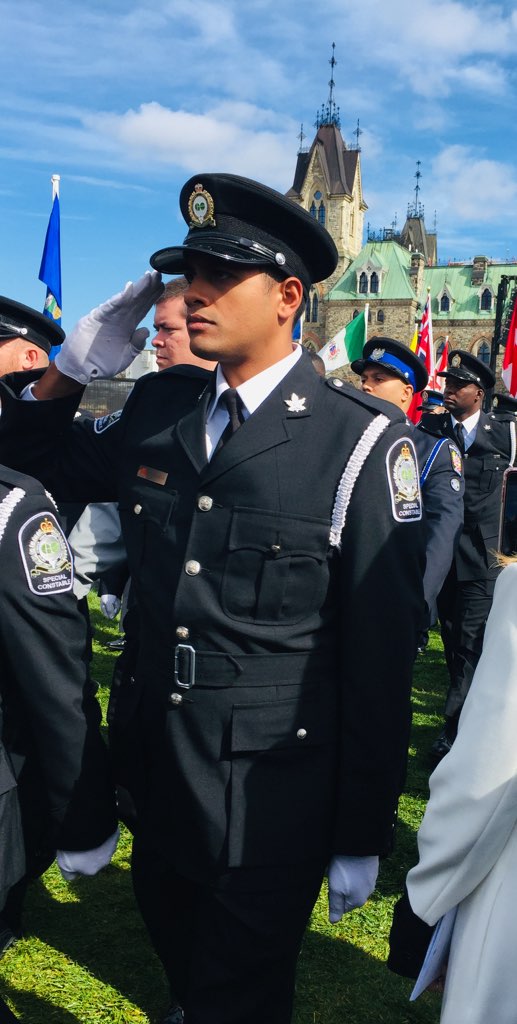 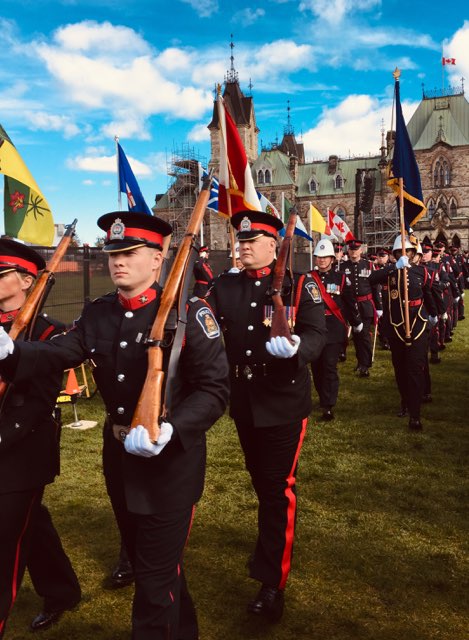 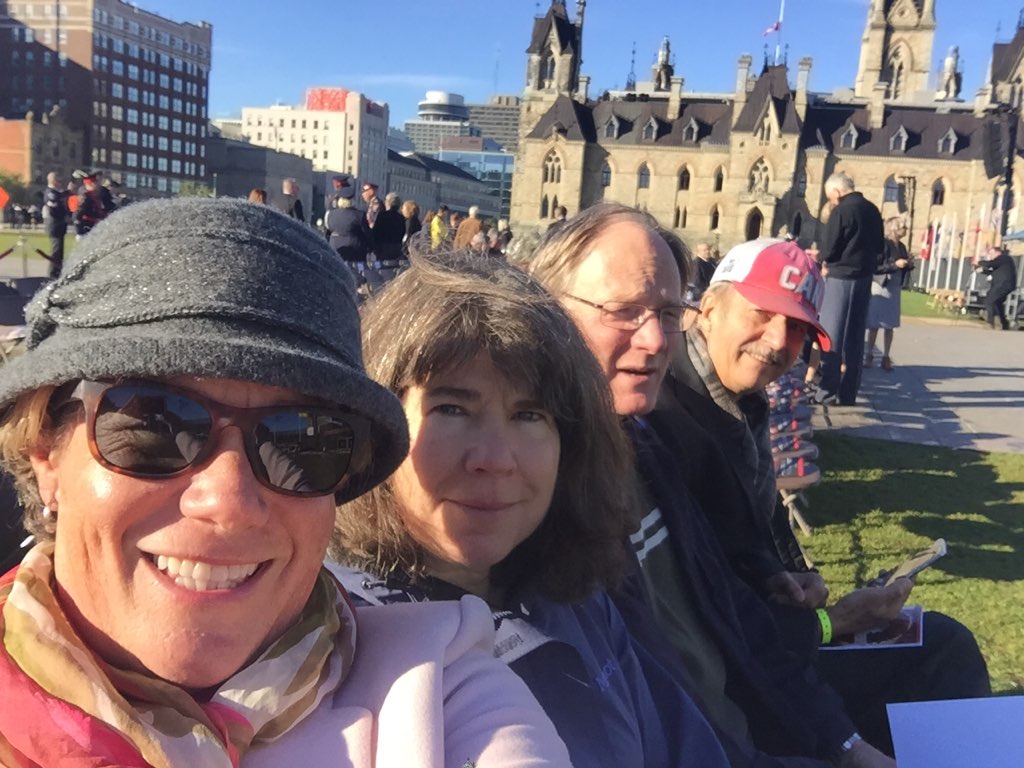