When Opportunity Knocks at the Door – Literally

PrevPreviousMA’s Chicago Presentation on You Tube
NextDo You Believe in Soul Mates?Next

When Opportunity Knocks on the Door – Literally 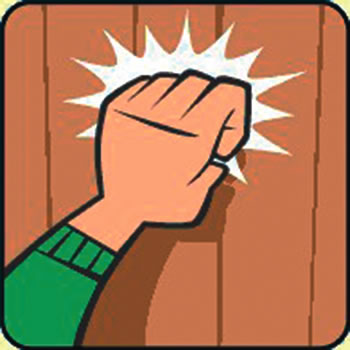 “When opportunity knocks, answer the door.”

Let’s start with the rats…

As you may know, we have a bit of a rat problem here on Vancouver Island.

Since moving to Sidney, BC from Calgary, Alberta 7 years ago, I have learned to accept that rats are here to stay, so I best get used to them. And for the most part, I had learned to accept them…at least when it came to them living under my sun room and in my sheds. But when they moved INTO my crawlspace this past winter, I laid down the law and called in the big guns (again) a.k.a. Patrick, The Rat Guy.

Patrick has done his darndest to figure out WHERE the rats are getting in. Just when he think he’s sealed off the last possible port of entry, low and behold another rat shows up in one of his traps.

So in addition to dealing with the problem, I referred to my handy-dandy book about animal spirit guides – given to me by my friend, Jackie. This is what it said under “Rat”:

“If rat shows up, it means…take an inventory of the material goods you have and recycle or throw out what is no longer purposeful.”

Then Patrick gave me homework

As you may know, rats themselves aren’t just a problem – so is what they leave behind. Rats can transmit the viral disease, Hantavirus Pulmonary Syndrome. This disease can be spread by inhaling dust that is contaminated with rat urine or droppings as well as direct contact with the feces or urine.

Once Patrick was reasonably confident that he’d dealt with the rat problem, he disinfected the entire crawl space (and the sheds) and cleaned up the droppings as best he could…considering he had to work around multiple stacks of boxes stored in said crawlspace.

My homework was to go THROUGH those boxes and get rid of as much as I could.

So that is exactly what I did. Many of those boxes hadn’t been opened since I moved in 7 years ago. There was no room upstairs to put more stuff, so I saw no reason to open the boxes.

And besides, as perhaps you may have gleaned from my blog a few weeks ago, Anger in the Garden – Pruning Back for New Growth, I suspected a move from my Sidney bungalow was likely in my near-future. Getting rid of as much extra stuff as possible, in preparation for that, was probably not a bad idea. Little did I know what tremendous opportunity was just around the corner ?

Decluttering is a process…

An item we might “need” to hold on to at one point in our lives, we are more than ready to toss the next time we see the damn thing.

Sure enough, as I worked my way through the boxes, I was able to get rid of some items. As a heart-breaking example, when I came upon the banker’s box from the Calgary Police Service’s Property Room (flagged with an orange biohazard sticker), I knew damn well what was in there ☹

I also knew the time had come to say farewell to those particular items: the uniform shirt John was wearing the night he died (ripped open by the K-9 officer so he could perform CPR) the K-9 officer’s shirt (used to roll up as a pillow and placed under the back of John’s head), a broken piece of ceiling tile (from the false ceiling he fell through because there was no safety railing in place) and his boots (the impetus behind the JPMF’s Put Yourself in Our Boots safety campaign). 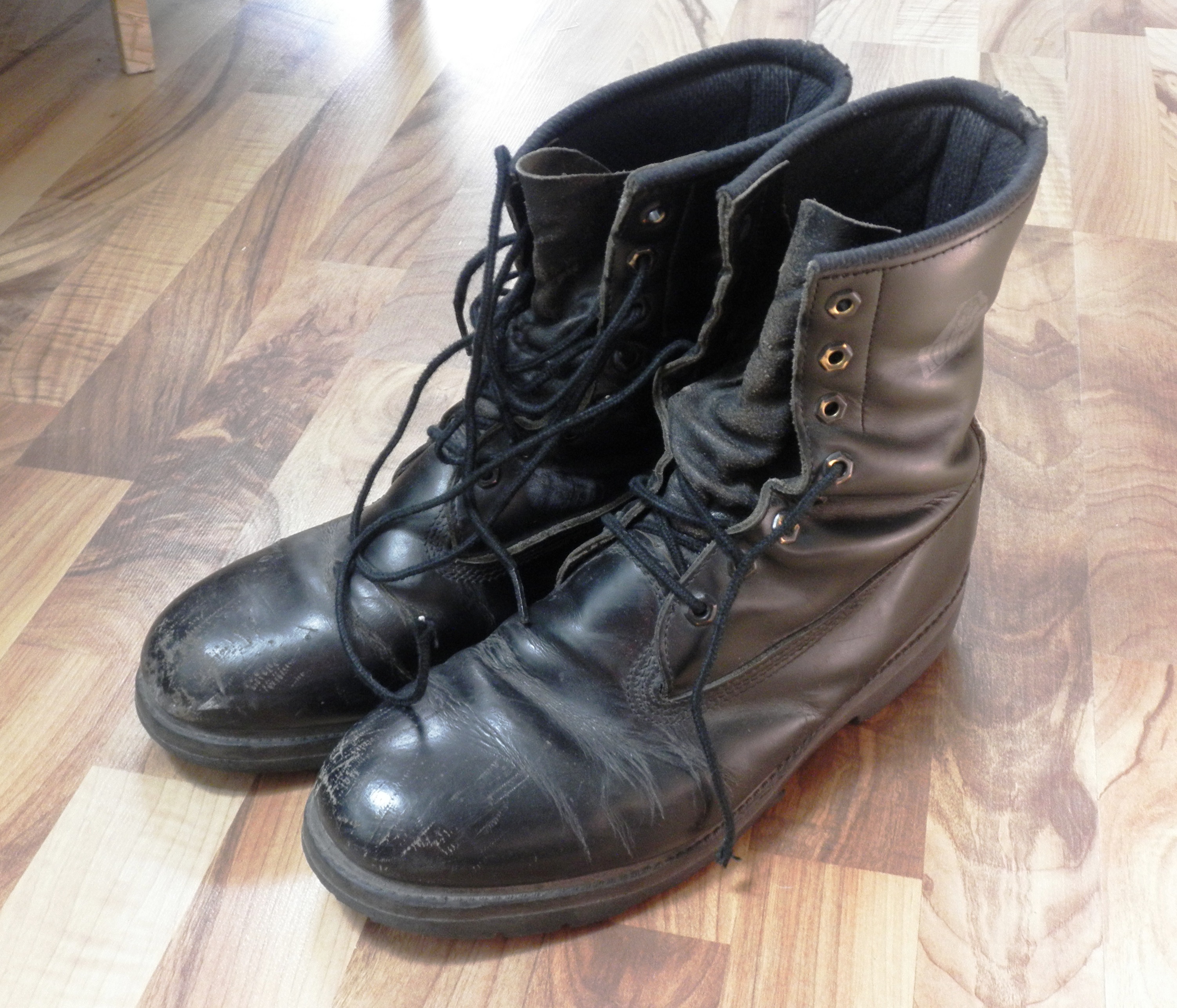 But truth be told, other than THAT box of dreadful memories, more often than not I smiled at all the great memories (so far) from a pretty awesome life.

In fact, I’m really glad I hadn’t tossed some of my favourite childhood things when I was moving from my Calgary home 7 years ago. Going through them again now, I had a profound appreciation for all my Mom did for me when I was growing up…all the incredible experiences and opportunities she gave me.

Here are just a few childhood treasures I discovered in some of the boxes in my crawlspace:

My Brownies outfit, complete with (this probably won’t surprise you) an awful lot of badges sewn on ?

My BATON and a few of my costumes I remember my Mom sewing (especially the little daisy sequins on the blue bodysuit).

The hat I wore at summer camp with all sorts of different pins on it (so geeky and yet rather cute).

My blue soccer jacket the year we won the city championships (grade 8).

My favourite record – the soundtrack of the movie, Grease – and matching trading cards (remember John Travolta and Olivia Newton John!)

And then the knock on the door came

And then wouldn’t you know it, a few weeks ago I got the proverbial knock on the door. Sometimes opportunity does, literally, knock at the door!

My neighbour (the annoying one who I’ve blogged far too much about) had finally put his house on the market – and the realtor representing him wanted to see if I was interested in selling my home to a developer, who was interested in purchasing both our properties. 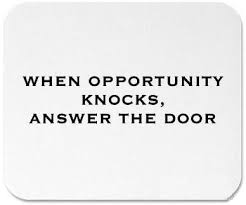 Yup, that’s right…the neighbour who pissed me off so much over the years turned out to be very handy in ensuring I got a heck of a lot more money for my home than if I’d sold on the open market to an individual buyer.

And there you have it. Life is just one big paradoxical mash-up of joy, laughter, sorrow, tears, anger, frustration, memories, experiences, dreams…and sometimes a rat or two (or more) scurrying our way to get things rolling.

“Discovering and understanding what’s important to you leads to life decisions that are easier to make.”

Life inevitably brings change – and the older I get, the more I realize the benefits of both preparing for it AND embracing it, when it comes ?

And get this: I don’t have to move out till the end of October.

Sometimes Things Have to Go Springer Before They Settle

Trundling Through the Treasure Trove with My Tallest Friend

PrevPreviousMA’s Chicago Presentation on You Tube
NextDo You Believe in Soul Mates?Next

8 thoughts on “When Opportunity Knocks at the Door – Literally”