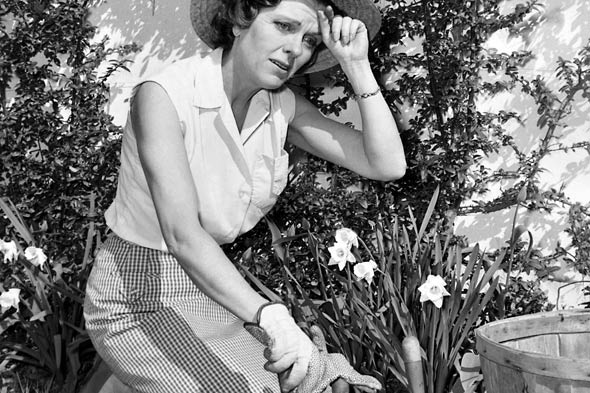 “Not only does the repression of anger predispose to disease but the experience of anger has been shown to promote healing or, at least, to prolong survival.”

– Gabor Maté, When the Body Says No; The Cost of Hidden Stress

If you are holding on to anger, figure out a healthy way to release it…better out than in.

I love puttering in the garden but I must confess to having mixed feelings when I’m working in my yard in Sidney. Unfortunately, over the seven years since I’ve lived here, more often than not there has been much in the way of neighbourhood noise to contend with while trying to achieve serenity: screaming children, parents screaming at said children, high-pitched band saws that get used for hours and hours on end, power washers, as well as the boom-boom-boom pounding of bass from music and video games.

And then there’s the traffic.

I live on some sort of thoroughfare road that is getting busier and busier in our growing town, so maintenance and construction vehicles rumble by loudly on weekdays. Gravel and cement trucks, city buses and Harley Davidson motorcycles are LOUD vehicles, especially when they are accelerating – which is, oddly enough, often the case in front of my house. I gave up years ago trying to garden in my front yard without wearing ear protection.

But over the May long weekend, I was working – without earplugs – in my back garden and it was delightfully…quiet. I could hear the birds chirping. It was lovely.

Part of the reason for this is the fact that my neighbour with the screaming children moved out six months ago and has been prepping the house for sale. I’m not sure who will be moving in next but for now, I am beyond grateful for the relative peace and quiet.

But here’s the thing: one of the tasks I was tackling in my garden over the long weekend was the pruning of the wisteria and grapevine. Both vines had grown out of control and were strangling their neighbouring trees, so I cut and cut and cut.

However, much of the time I was on a ladder so I could see into my neighbour’s backyard – the one who has, albeit inadvertently, irritated me so much over the years.

And the more I pruned, the angrier I got at my neighbour for a) being so noisy and messy over the years and; b) only bothering to clean up his home and yard now that it was time to SELL it and make a whack of cash.

“Blaming others takes an enormous amount of mental energy…it makes you feel powerless over your own life because your happiness is contingent on the actions and behaviours of others, which you can’t control.”

At first, my anger felt rather therapeutic. But then I turned that anger towards myself when I realized that I was the one who had chosen to stay in my home for SEVEN years... Click To Tweet

Nobody had forced me to stay and tolerate noisy neighbours. I was mad at my own damn self!

And then wouldn’t you know it, I had a reflexology treatment on my feet two days later – and the next morning, I was really sick. I had this strange headache on the very top of my head, as if my body was trying to release something out the top but couldn’t. I was nauseous and had no appetite or energy. And I kept falling asleep. I drank enough water to sink a battleship because I suspected my body was ridding itself of all that anger that had come to surface.

Whatever I did worked. The next day, I woke up and felt pretty much back to my usual self – but far less angry.

As for the garden? Well, both the wisteria and grapevine are growing like crazy…they LOVED the pruning! As for the poor trees that were nearly strangled to death by the vines, their recovery is going to take some time.

Interestingly, along with gardening, I have also – at long last – been working through some of the old boxes in my basement and getting rid of STUFF…decluttering yet again. That, of course, is also bringing all sorts of memories, thoughts and emotions to the surface. But in all honesty, I am finding that a rather enjoyable process…well, except for the rats. But I’ll write about that experience in a separate blog ?

I have also been reading Gabor Maté’s book, When the Body Says No; The Cost of Hidden Stress. WOW! If you haven’t read it, I highly recommend it. You might think twice the next time you say ‘yes’ when you want to say ‘no’ to a demand placed on your time. But I’ll write a future blog about that book, too!

In the meantime, here is an interesting quote about the suppression of anger:

“I am greatly empowered without harming anyone if I permit myself to experience the anger and to contemplate what may have triggered it. Depending on circumstances, I may choose to manifest the anger in some way or let go of it. The key is that I have not suppressed the experience of it.”

– Gabor Maté, When the Body Says No

Anchors Away – Letting Go of Anger

A Little Lesson from the Garden: Sometimes the Most Obvious Explanation is the Most Difficult to See