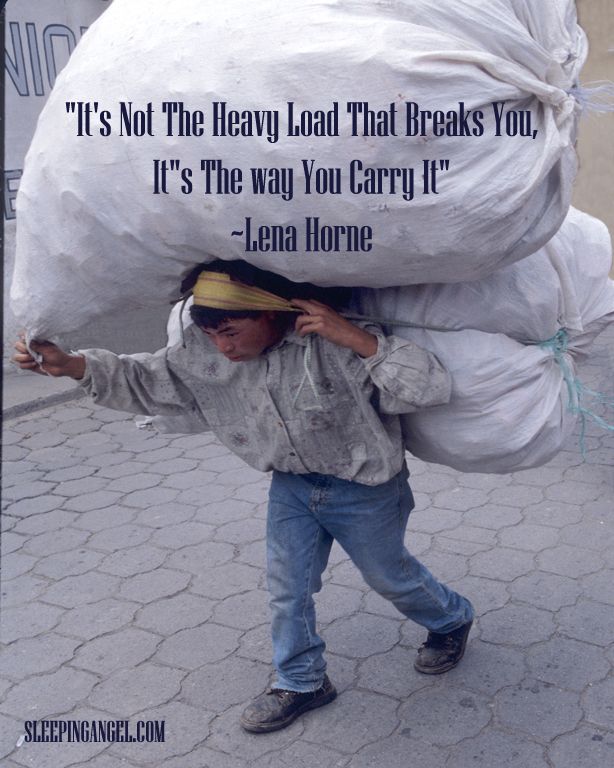 “It’s not the heavy load that breaks you, it’s the way you carry it.”

On the morning of Tue September 29th (the 20th anniversary of John’s death), I had a vivid dream. I had stayed the night at John’s sister’s place and, over morning coffee, I told her husband about my dream:

I had been carrying a friend’s knapsack. But it was weirdly heavy…because, I soon realized, it had a brick in it. My friend was also carrying a knapsack, also with a brick in it. I guess I had offered to carry one of her knapsacks for her.

Anyway, the knapsack I was carrying got a little heavy so I asked a guy, who happened to be standing nearby, if he could help me take it off. I had tried to take it off myself, but the strap was tangled around my wrist. He said sure…and was just starting to untangle the strap from my wrist when I woke up.

When I told John’s sister’s husband about the dream, he looked at me said, “Oh…well, that’s easy to interpret. You’re obviously carrying a heavy load on your shoulders and would like a little help easing the burden…preferably from a special guy.”

I threw back my head and laughed. He was absolutely right. I have placed a significant load on my shoulders, choosing to continue tackling the enormous and extremely complicated issue of workplace safety (among the myriad of other issues and projects I am trying to address at any given time).

But that’s who I am. It’s how I roll. And I won’t be changing anytime soon.

What I would like, though, is a great guy to help share the load…but not in the sense of carrying the load for me. Rather, I just want a guy who can help me take the damn brick-laden knapsack off my shoulders now and then…just so we can have some fun together.

Interestingly, the friend in my dream – the person whose knapsack I was carrying – is also a widow who lost her husband in a workplace incident. In fact, she is currently working with the John Petropoulos Memorial Fund, helping with the “Casket” public awareness campaign (about the fact that since John died in 2000, more than 20,000 Canadians have died as a result of their job, either due to injury or occupational illness…her husband was one of those 20,000).

It makes sense that in my dream, it is her knapsack I was carrying. Some days, it feels rather like I have inadvertently gone and stacked twenty thousand caskets on my shoulders. But that’s ridiculous. Those fatalities are not my burdens to carry. And furthermore, nothing the JPMF does can bring John – or anyone – else back. But…we do care enough to at least try, in our own small way, to help bring about a better, safer future for the living.

And that’s a good enough reason for me to keep doing what we’re doing.

But I have learned an awful lot of life lessons over the past twenty years and a big one has been this: by choosing to become a workplace safety advocate in the wake of one husband’s death, I did not make it any easier on myself for picking up a new husband along the way. But it is what it is, and I wouldn’t change a thing…the right road is rarely the easiest.

However, as with the Lena Horne quote at the beginning of this blog, “It’s not the heavy load that breaks you, it’s the way you carry it,” another significant lesson I’ve learned is this: it’s not the size – or type – of responsibility we carry that matters nearly as much as how we carry it.

If we do not learn the wisdom of sharing the load, having some fun, taking breaks and enjoying the view every now & then, the chances of us succeeding, in whatever it is we are trying to achieve, is slim to none. Click To Tweet

Whatever load YOU may be carrying, I hope you can remember to share it…or just ditch the damn thing, if that’s an option 🙂 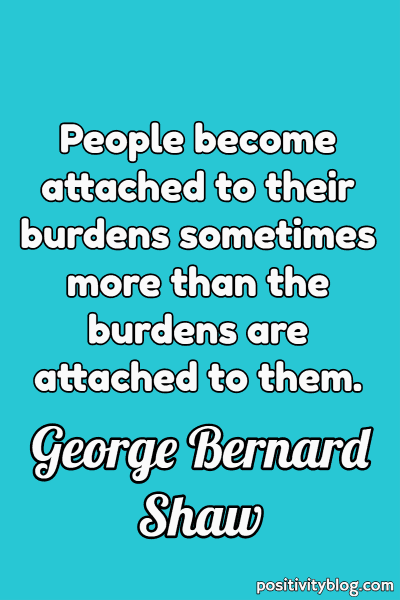 2 thoughts on “Sharing the Load”