The Simple Yet Sacred Act of Showing Up

The Simple Yet Sacred Act of Showing Up

“Always believe that something wonderful is about to happen.”

Wowsa…what a wonderful week I had in Los Angeles! I was reminded, yet again, of the importance of simply SHOWING UP…and then letting the magic unfold.

“Most of life is showing up. You do the best you can, which varies from day to day.”

I went to LA to meet my friend, Nina – who is the granddaughter of the Canadian-born silent screen star, Nell Shipman. As you may know, I have been working on a screenplay about Nell for quite a few years now. Nina has been very supportive in encouraging me to take the time needed to ensure the God’s Country project becomes…well, what it is capable of becoming!

And it is getting there ?

Nina and I chose early August to meet in LA because it was her grandson, Charlie’s, 3rd birthday. And what a party it was!

You just never know who you’re going to meet beside a bouncy castle…especially in La La Land.

“Without the kindness of strangers, where would we be?”

As an example, Nina and I were sitting at a picnic table, catching up, when a woman by the name of Marian introduced herself. She was Lani & Charlie’s neighbour. We got chatting and I mentioned that I would be passing through LA again in March on my 3-month writing road trip with my dog, Sadie.

She tilted her head to one side. “What days will you be here?” she asked.

I shrugged. “Not sure…sometime in early March, I’m guessing.”

“Well,” she said, “if you can plan it so that you’re here for the two weeks I am out of town, you can stay at my place.”

After all the cake, cupcakes and pizza had been consumed, I waddled back to my hotel for a nap. When I met up with the family again for an evening BBQ, Nina handed me a piece of paper with a name written on it.

“That’s the name of a production and distribution company that specializes in Canadian film and television co-productions,” she said. “After you left, I got talking to a friend of Lani’s and she said you need to give them a call.”

A few days later, I had an excellent phone meeting with a representative from the company. Not sure what will sprout from that discussion…but several seeds were certainly planted.

In between all the fun activities – a scrumptious lunch at the home of a charming costume designer (a dear friend of Nina’s from her acting days) high up in the Hollywood Hills, delicious dinners, scrumptious breakfasts at The Grove’s Farmer’s Market, a movie, a musical, a train trip to Santa Monica and much walking about my LA neighbourhood – I still managed to get a TON of writing done!

Although I had been disappointed in myself that I wasn’t completely finished the next draft of the screenplays associated with the God’s Country project before meeting Nina in LA, I soon realized that working on the scripts IN Los Angeles was extremely beneficial. For Nell’s mischevious story-telling spirit came through in spades! Each and every time I showed up at my laptop for a writing session, a creative new insight popped to the surface.

“Work with all your heart, because if you show up for your work day after day after day, you just might get lucky enough to burst right into bloom.” 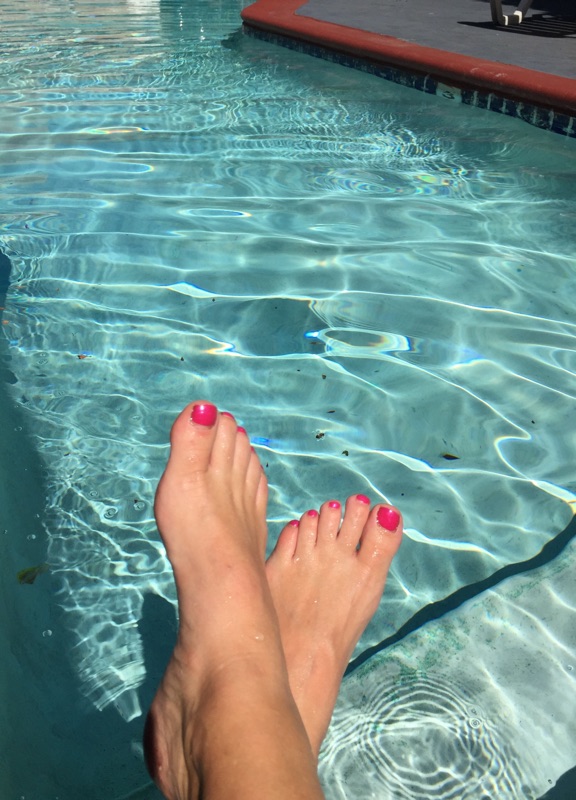 On breaks from writing, I would soak up the sun and have a delightful dip in the hotel pool. Oddly enough, not once did another person show up at the pool when I was there!

And get this…while I was in LA, another writing project “came through.” By that, I mean, snippets of a story that needs to be written (by me, apparently) kept coming popping into my mind. In this case, it was for a play about the days leading up to Marilyn Monroe’s death. 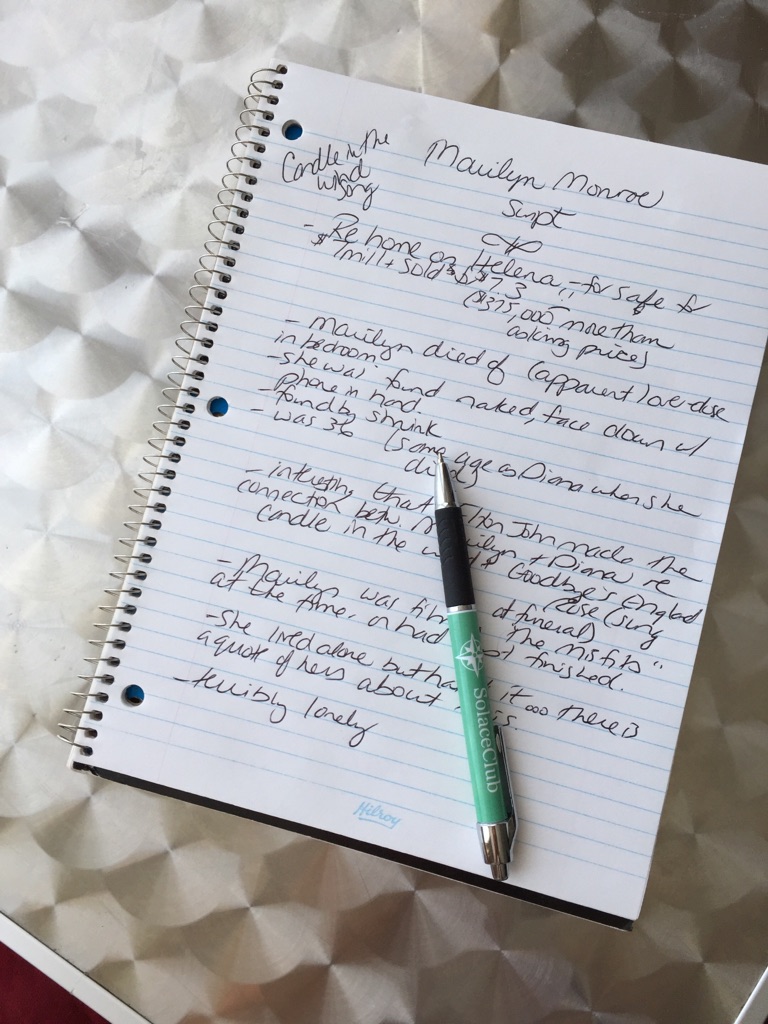 I had been reading about the recent sale of Marilyn’s home in Brentwood (where she passed away) and the story-wheels started turning. I would wake up in the middle of the night with vivid clarity on how the stage needed to look, who the three characters needed to be and what the key plot points were. So, ever the dutiful scribe, I jotted down detailed notes and then went back to bed.

Perhaps when I am back in LA in March, I will have time to work on that project. You’ll have to get in line, Marilyn 🙂

Nell Shipman, Virginia Woolf (Saviour play script) and Emile du Chatelet (Falling screenplay) are all ahead of you in the writing line-up!

And on that note (re my strange connection with strong historical female figures), you may find next week’s blog of interest…it is about CHANNELING!

“Eighty percent of success is showing up.”

Put It Out There – Whatever “It” Is For You

14 thoughts on “The Simple Yet Sacred Act of Showing Up”