Are We Waiting For a Saviour? 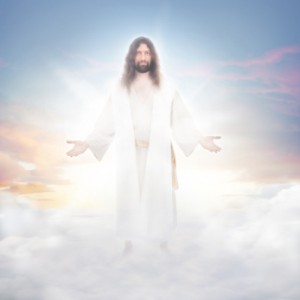 ARE WE WAITING FOR A SAVIOUR?

“The more deeply I search for the roots of the global environmental crisis, the more convinced I am that it’s an outer manifestation of an inner crisis that is, for lack of a better word, spiritual.”

– Al Gore, Earth in the Balance; Ecology and the Human Spirit

What if Jesus came back, as promised…but then turned around and left again because He was so disgusted with what he saw here?

It’s an interesting question…and one I inadvertently explored when I found myself on a real humdinger of a psychological, emotional and spiritual journey after the death of my husband, John.

Perhaps journey isn’t the best word to use. Plunging headfirst into a long, dark, seemingly bottomless pit of sorrow, anger, despair, confusion, denial and self-pity is a more apt description of that perilous first year of grief.

Speaking of plunging, John’s death was the result of a preventable fall at an unsafe workplace…your basic cause & effect stuff.

But in that first year as a young and terrified widow, reality wasn’t particularly palatable.

So instead, I grabbed on to a belief that sounded pretty damn good at the time: that God has a Divine plan for all of us. It worked. Believing this temporarily made me feel better. But then I got to thinking (call me crazy) that since there is a plan, the logical next step would be to figure out what it is…at least the John and Maryanne portion of it.

Well, one thought led to another and I came up with the brilliant idea that since we all seem to be waiting around for The Saviour to return…maybe John was him. Maybe John was the long-awaited Second Coming of Christ!

Hilarious now, I know. But in my shattered state, I figured that would be a somewhat acceptable reason for John getting taken out of the game at 32…far more acceptable than something as mundane as a missing safety railing. Again, reality wasn’t cutting it in terms of the feeling-good-again portion of the program.

As a story-teller, my spectacular revelation made for some much-needed lighter moments in my book, A Widow’s Awakening.

However, now that more than a decade has past since John’s death, I’m realizing that as ridiculous as my idea was, perhaps this Saviour-belief warrants further examination.

For whether or not those of us in the West (and elsewhere in the world) are individual believers in Christianity or not, I suspect the underlying fundamental assumption that Christianity (and subsequently Western society) was founded on – Christ as the Saviour – is so deeply embedded in our individual and collective psyches, we aren’t even aware of it anymore.

If this is the case, then perhaps it wasn’t so strange that the shock of John’s sudden death dislodged, if you will, this Saviour-belief buried deep within me – and sent it bubbling it to the surface at a time when I so desperately wanted to be saved…from the hurt.

My play, Saviour, explores the notion of a Saviour – both the personal and religious kind.

Because hypothetically, let’s say Jesus did “come back,” what would he have to say about the state of our world?

A) “I love what you’ve done to the planet since I left…keep up the great work! A couple more decades and you’ll pretty much have trashed the joint – but I’ll still love you…and so will my Dad!”

B) “You IDIOTS! You’ve really mucked things up now…I can’t fix this mess! Nobody can! That’s it…I’m going back to the fluffy clouds to eat cream cheese and prance through a field of wild flowers.”

I’m betting on B) – and frankly, I wouldn’t blame Him. And I doubt he’d have used the word ‘mucked’ when the alternative would be far more appropriate.

But let’s say Jesus did stick around for the Saving part of The Plan. How exactly would He accomplish this feat? Sweep a magic wand across all the bad stuff and see it magically go away?

Possibly – but not a lot of lessons would be learned by the worker bees (that’s us)…so then the poor guy would just have to come back again in another few years. Not a particularly effective strategy for a Saviour.

And myths are not supposed to be taken literally. “Stories are tools to understand valuable human lessons,” wrote Northrop Frye, “not truths in themselves.”

Please click here to listen to an audio clip (45 sec) from A Widow’s Awakening (“Sam” is John).

But I’m really beginning to wonder if, on some deeper level, many people are waiting for a Divine entity to swoop down and fix the many significant and overwhelming issues we face, such as climate change. For this would help explain our delay, as a sentient species, in taking deliberate action to significantly cut our greenhouse gas emissions.

But the reality is, the longer we wait – consciously or not – for someone else to rescue us from the perilous path we’re on, the less likely we’ll be able to save ourselves in time. And I can safely say, from personal experience, we will have to.

So as not to end this article on a completely depressing note, here’s a thought by John O’Donohue, author of Anam Cara, a Book of Celtic Wisdom: “For too long we have believed that the divine is outside of us.”

In other words, what if we are the Saviour we are waiting for?

What if the Divine (God, Allah, Brahman, the Universe, Love, etc) is alive and well in us…and it is through our actions of kindness and compassion where he/she/it manifests?

On a final note, I heard a man being interviewed on the radio the other day, in regards to the Alcoholics Anonymous program. Here’s what he said:

Now that’s an idea I can believe in…and more importantly, act on.

Maryanne Pope is the Board Chair of the John Petropoulos Memorial Fund and the CEO of Pink Gazelle Productions Inc. Maryanne is the author of A Widow’s Awakening, which is now available as an audio book. She is also the playwright of Saviour and the screenwriter for God’s Country. If you would like to receive Maryanne’s weekly blog, here is the link to subscribe.

9 thoughts on “Are We Waiting For a Saviour?”