“Sometimes you have to get off track to discover a better track.”

I thought I saw Phillip Seymour Hoffman in the grocery store the other day.

But considering he’s been dead six years, that would have been quite the feat.

And yet…I dare say I gleaned an important message from the incident.

Let me back up a moment…

One of my all-time favourite movies is “Planes, Trains & Automobiles.” It was directed by John Hughes and starred John Candy & Steve Martin.

But there is a husband and wife in an adjacent vehicle, who are driving down the correct side of the highway, madly trying to get their attention by screaming out the window: “You’re going the wrong way!”

John Candy’s character tries to ignore them…they’ve obviously been drinking – because how could they know whether he’s going the wrong way or not? They don’t know where he’s going! He shares this wonky reasoning with Steve Martin’s character, who agrees…at first.

The panicky couple, of course, were right. He was going the wrong way. 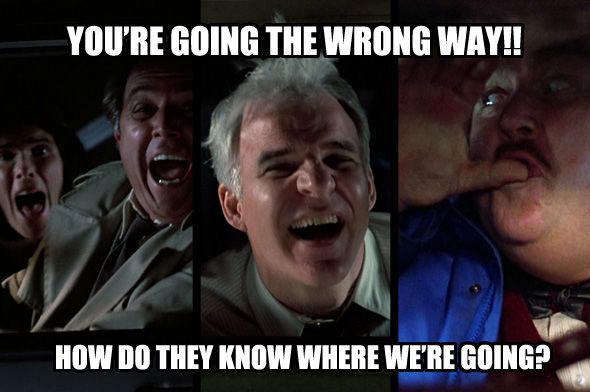 If you want a laugh, here is the two-minute clip 😊

Back to Phillip Seymour Hoffman…

For the past six months, I have been working really hard on writing a new playscript. I was humming along nicely but then, about a month ago, I started to get bogged down in the details…getting off track from the overall story.

It is an unbelievable story – so unbelievable, in fact, that I’m not going to tell you what it’s about…yet.

What I will say is that this particular script is part of what I am now calling the “Saviour” franchise. If you are a regular reading of my blogs, you may recall I have been working on my “Saviour” playscript for sixteen years. It is about the afterlife…specifically, what happens to our souls after we die.

The “Saviour” playscript is finished (Hallelujah!) but the larger project has now (sigh) blossomed into a series of FIVE plays.

The playscript I have been working on for the past six months is the fourth in that series. The second and third scripts have not yet been written. But a key character in the third play is…you guessed it: Phillip Seymour Hoffman.

This might explain why I thought I saw him in the grocery store the other day. Either my eyes were playing tricks on me, or my mind was (highly likely). Or, for just a split-second, maybe I saw what I supposed to see…because in hindsight, I WAS in dire need of a course correction.

The Phillip Seymour Hoffman look-alike in my local grocery store was wearing a mask and pushing his shopping cart down the aisle. I was pushing my cart down the aisle towards him when he suddenly stopped walking, calmly looked at me and pointed his index finger forward (in the direction I had just come from), as if to say: “You’re going the wrong way.”

I looked down at the big arrows on the ground and sure enough, I was going the wrong way down the aisle (a violation of pandemic social distancing rule #72). Realizing my error, I nodded, turned my cart around and went back the way I came.

Now, to be clear, at the time I didn’t think it was Phillip Seymour Hoffman pointing out my directional error. I just happened to notice there was something very familiar about his eyes and hair (which is all I could see because he was wearing a mask). He reminded me of someone, but I couldn’t place who.

It was only when I was walking on the beach afterwards, reflecting on the incident, that I made the connection (and subsequently let out a loud “WTF?!”).

Because here’s the thing…

In regard to the playscript (the fourth in the “Saviour” series) I have been writing for the past six months, I very much needed to STOP. I was going the wrong way.

The script itself wasn’t the problem. Sure, I was a bit bogged down in the details – but I know from experience this is an integral part of the creative process. No, the problem was far bigger than that…rather like John Candy and Steve Martin hurtling the wrong way down the highway – right into the path of two oncoming semi’s 😊

I realized I needed to temporarily put the writing of a new project on the backburner, so that I could put the necessary time and effort into moving some older – completed – projects forward. And thanks to the Phillip Seymour Hoffman incident, I had a brilliant insight on HOW to do just that! So that’s what I’m working on now.

If we look at this from a spiritual perspective…

Interestingly, I am re-reading the book, “Sacred Contracts; Awakening Your Divine Potential,” by Caroline Myss. In terms of interpreting odd little occurrences that happen in our lives (such as seeing a Phillip Seymour Hoffman look-alike in the grocery store during a pandemic), Myss advises:

“When you can symbolically read the content of your life, you can make dramatically better choices.”

“Ultimately we make choices every day, consciously and unconsciously,” writes Myss, “keeping us on the path or getting us back on the path.”

The trick, I think, is to recognize when we’ve inadvertently taken an incorrect turn and are now happily hurtling the wrong way. Click To Tweet

Yes, we might be heading in the right general direction…but it may not be the wisest route to get us where we want to go 🙂

Is there a project you are working on, a relationship you are struggling with, or a direction you are headed that might benefit from you STOPPING? Click To Tweet

Might you be going the wrong way? Or…perhaps you’re going in the right direction but there is a much better route to get there? 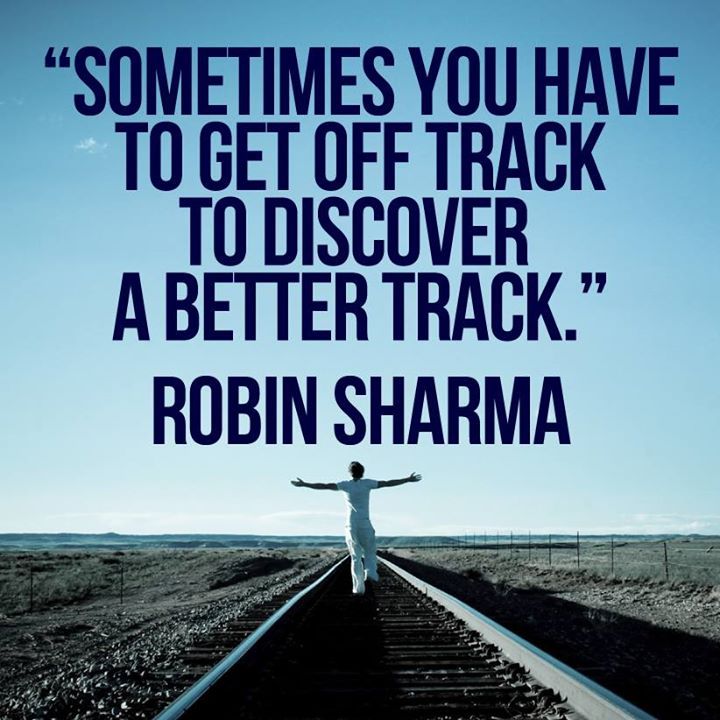