PrevPreviousTwo Playwrights Talk Shop
NextI’m In Love With My CarNext

Well…it had to happen eventually, I suppose.

The Pink Gazelle Gypsy Bohemian Road Trip Warrior & her Fearless and Furry (but rather lame at the moment) Retriever Sidekick are having to, dare I say…put down roots.

Here’s how it all went down:

Sadie and I left Alberta at the end of January. I loaded up my 2001 CRV (yes, the one with 350,000 km) and staggered across multiple mountain passes. And I do mean staggered…the CRV did fine; the retriever not so much. She literally WAS staggering along on three legs, trying to keep weight off her injured shoulder. Being held captive in the back of the vehicle for a few days was probably the best thing for her.

We arrived in our VRBO in Qualicum Bay on Vancouver Island in early Feb and I promptly got into a spectacular argument with one of the neighbours. This decidedly unwelcome welcome to the neighbourhood was countered by another neighbour arriving at my door with a plate of sandwiches and goodies. Life in a nutshell, right there 🙂

Then the snowstorm hit: 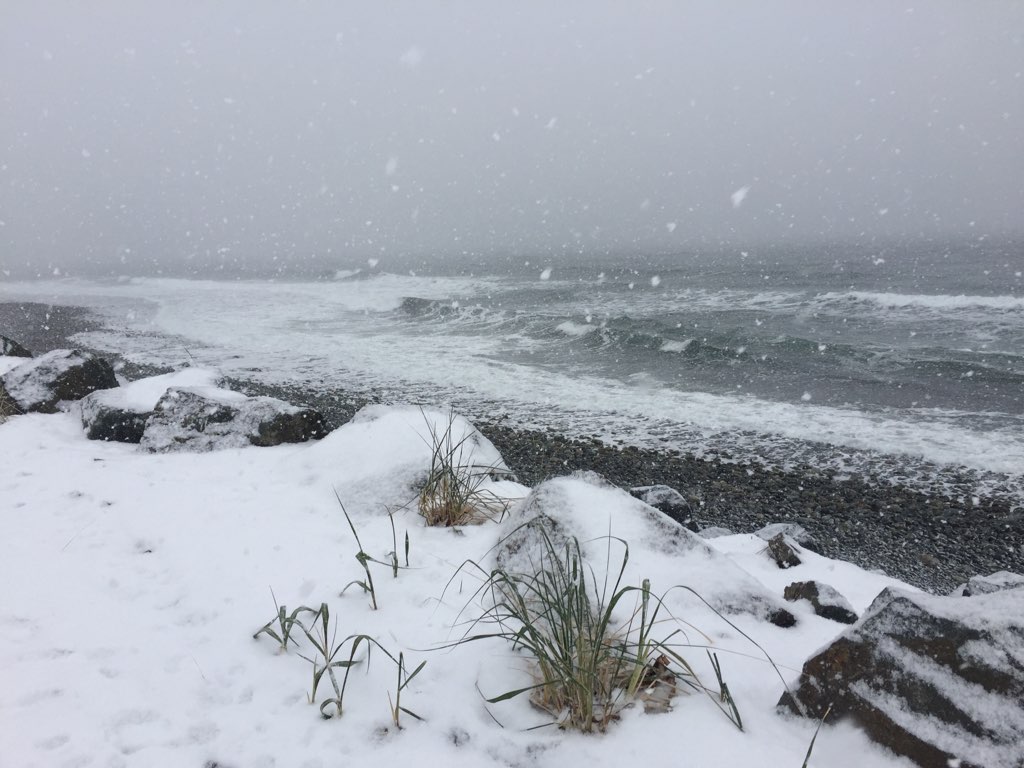 And I got to thinking…it might be time to revise my plans?

What the plan had been was that I was going to Australia for 2 weeks in March to visit family. Then Sadie & I were going to head to Eastern Canada to house sit for family in Ottawa.

But as the snow piled up outside my window and my wounded retriever softly snored, I admitted to myself that she was not going to be sufficiently healed by March, to be left in the care of others. Nor was she was likely going to be up to a cross-continent road trip in April.

So what did I do? I sighed, reached over and picked up a quote card from my “Intuitive Insights” quote card sets. This is what it said:

Ahhh…yes. I smiled, leaned back and had another sip of hot chocolate. And it hit me: I was exactly where I was supposed to be. The snowstorm and subsequent road conditions were forcing me to sit STILL (very difficult for a gypsy gazelle), be quiet, listen to what my soul was trying to tell me…and then act accordingly.

Two days later, I calmly made the decision to postpone my Australia trip to the fall. I then found and booked another inexpensive little VRBO for the month of March (just north of Qualicum Bay). Then I contacted the bank about a mortgage, called a realtor and started to look at homes & neighbourhoods in the Qualicum Beach area.

Within a week, I’d found our adorable new home AND a new (to me) CRV with low kilometres!

Sadie and I move in to our new digs at the end of March. No muss, no fuss…it all just clicked into place when the time was right.

Here are 5 lessons I’m taking from these transformational past 3 weeks:

1. Sometimes we just have to STOP, be quiet and make the decisions we need to make.

2. We know what we need to do. We just need to be quiet and listen to what our soul is trying to tell us what the next step needs to be.

3. Sometimes all that is needed is to make one decision or change…and then everything else just clicks into place. It’s almost like the Universe is waiting for us to take that first step.

4. The time comes when we reach an age (15 for some, 50 for others) where we finally realize that listening to the chatter of other people’s well-meaning advice & opinions may do more to confuse than clarify.

5. The only thing worse than making a bad decision is making no decision.

I hope there is something in this blog & lessons learned that resonates with you.

I will share pics of my new home & vehicle in the weeks to come. In the meantime, here are a few photos from my time here in Qualicum Bay: 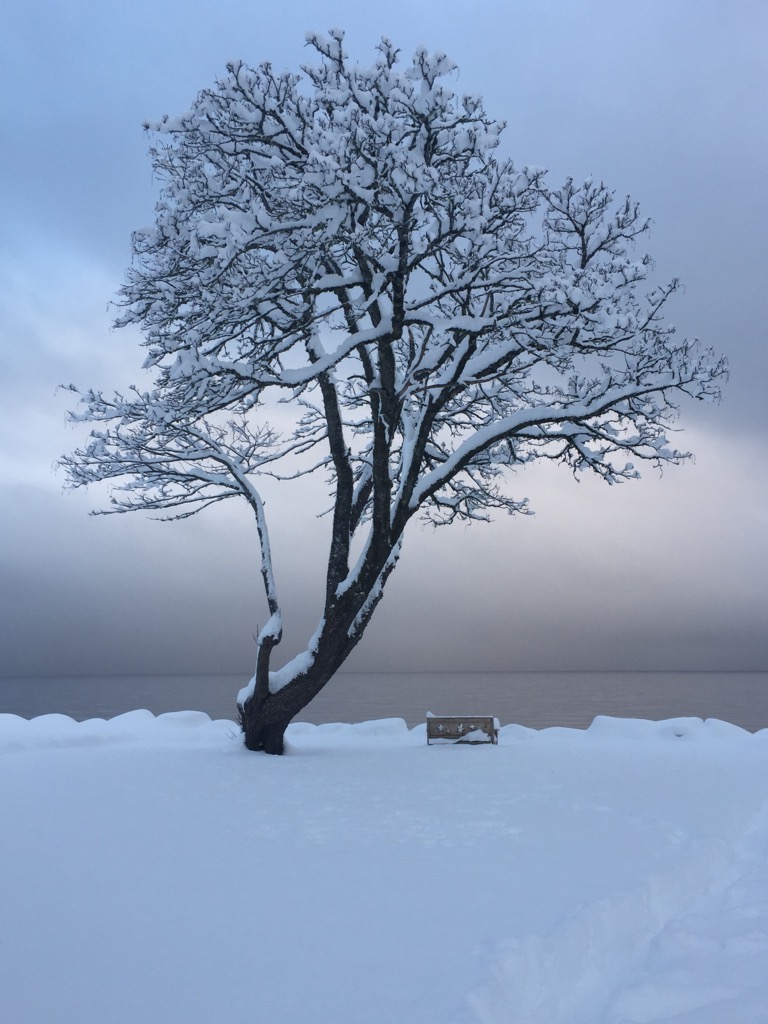 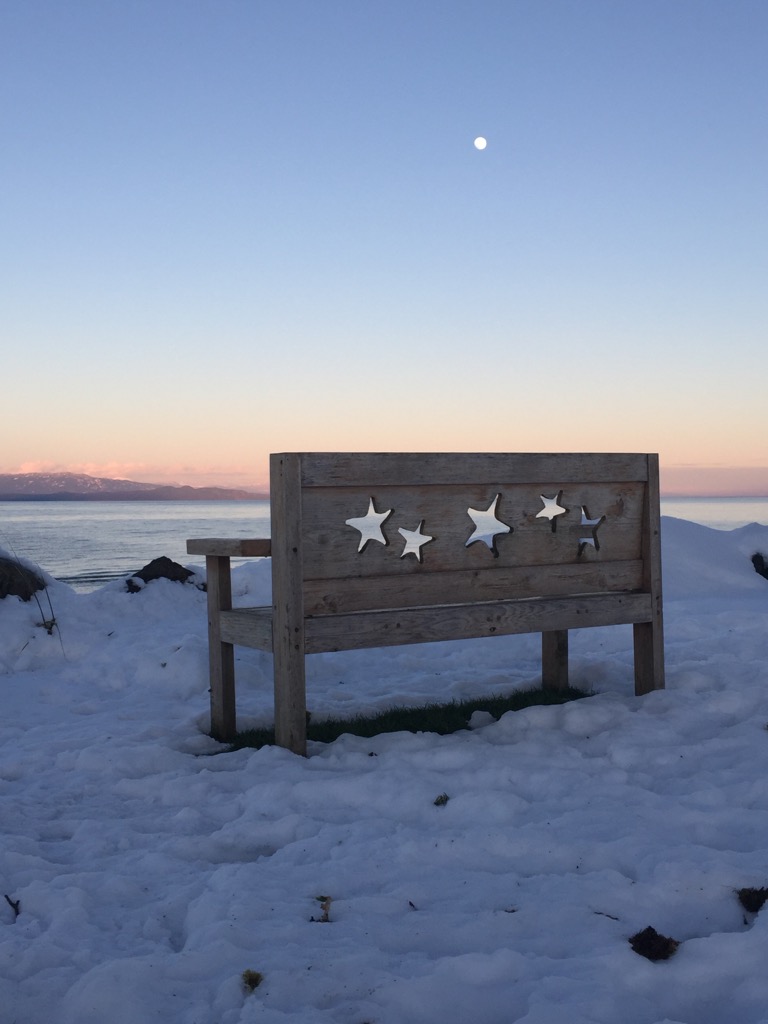 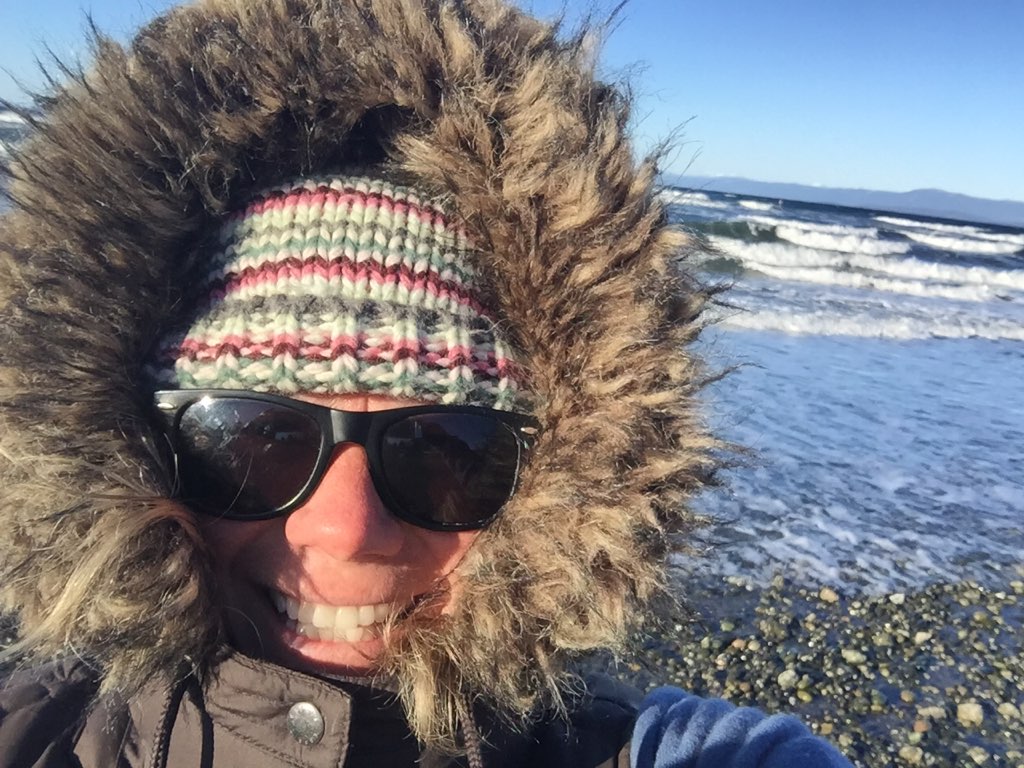 P.S. Sadie is doing much better! She continues to improve, slowly but surely, and is going for longer and longer walks. Why…it’s almost as if her shoulder injury was part of the plan 🙂 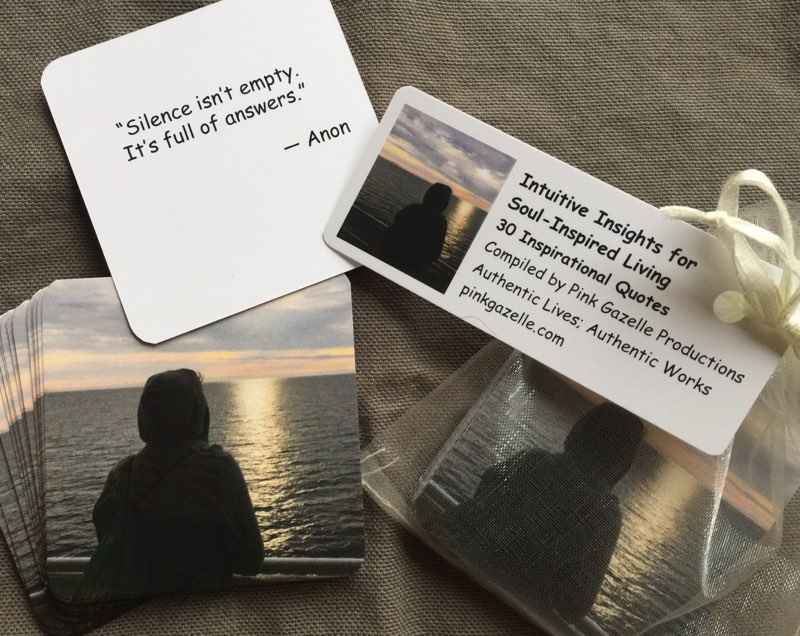 If you would like to order the (dare I say magic?) “Intuitive Insights for Soul-Inspired Living” Quote Cards ($7.95 per set), please visit our new store on Etsy!

PrevPreviousTwo Playwrights Talk Shop
NextI’m In Love With My CarNext