“If something doesn’t reach you on a personal level, let it go. It’s hard enough dealing with everything that does.”

– Judi Culbertson, The Clutter Cure: Three Steps to Letting Go of Stuff, Organizing Your Space & Creating the Home of Your Dreams

Okay, I have a confession to make.

After my Mom passed away in the spring of 2014, we had to go through all the things in her apartment – and either give them away or keep them.

So, me being me, I packed up 2000 pounds of stuff and had it shipped to my little bungalow in Sidney by the Sea. And, of course, into the basement it all went.

So I hadn’t quite got around to going through the boxes (but boy, are they stacked nicely) when the John Petropoulos Memorial Fund put out a call for silent auction donations for their 15th anniversary event.

And I thought to myself, “Aha! I know of a few pictures that would be perfect for the silent auction.”

So I found three pictures, in a box from my Mom’s place, and proudly took them back to Calgary with me in April.

Now, the truth is that not one of these three pictures were actually ever hanging on my Mom’s walls – either in her apartment or in any of the houses she lived in. In fact, they were still wrapped in plastic. So my Mom had probably bought them to give away as a gift to someone but never got around to doing so.

And although one of the three pictures happened to be a rather adorable watercolour painting of a cute little llama, I simply did NOT have room to hang it on any of my walls…plus I already had a pile of extra artwork in the basement.

As such, I thought it was safe – and prudent – to let the llama go to the silent auction.

For at said silent auction, I had ONE beer and, with 30 seconds left before the auction closed, I ran over to take a quick peek at all the items. Only what did I see?

The damn llama peeking out at me…so forlorn 🙁

One other person had bid on him, so I quickly scribbled down my name and within minutes, I was the proud owner (again) of the llama picture.

So, knowing full well I was going to get an earful about hanging on to clutter and how I need to learn to let go, etc, I crept over to the silent auction payment station to pay for my prize. It was John’s sister, Stacey (an anti-clutterite who does NOT assign emotional value to material things) collecting payment.

“Stace,” I said, sheepishly. “I gotta admit I’m the one who donated this picture from my Mom’s place into the silent auction in the first place…and now here I am buying it back.”

She looked at me and laughed.

“Pope,” she says, “don’t feel bad. I just bought the needlepoint picture my Mom made and donated to another one of these silent auction a few years ago – but nobody bought it. So I’m taking it home.”

Her Mom, Mrs. Petropoulos, passed away six months ago.

So, with a big smile of relief and rather smug satisfaction, I proudly took my llama back home again to Sidney.

But not before stopping at my brother’s place in Strathmore and picking up another sentimental item being held for me – this one was from my Dad’s place (he’s now in a nursing home): 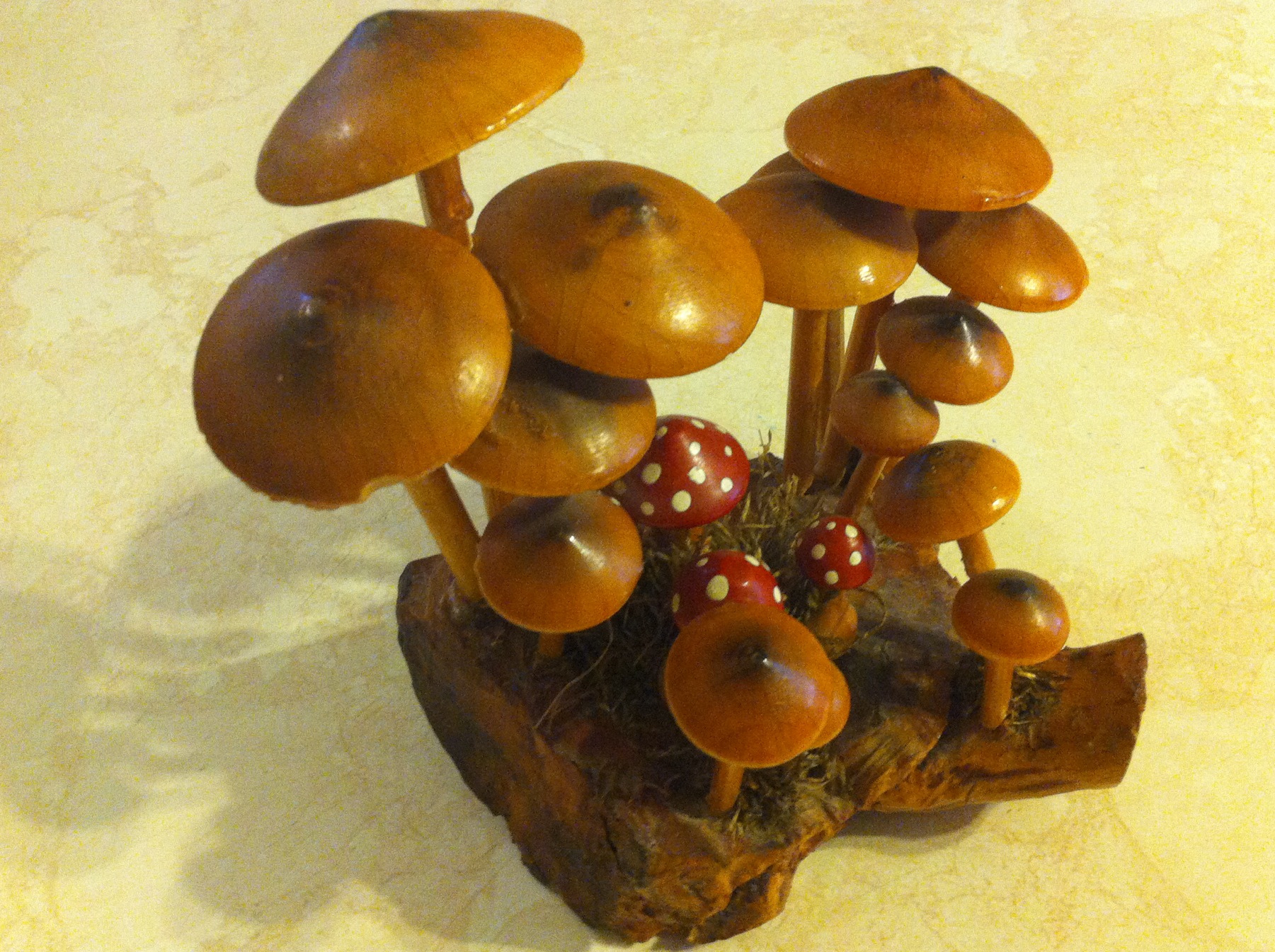 Now there is a bit of a fun follow-up to this llama story, so I thought I’d share that with you.  I found a perfect place in my home for the llama picture from my Mom’s place: the wall of my bathroom. And every time I see it, I smile.

As much as I understand the importance and benefits of de-cluttering, the llama picture experience reminded me that, within reason, it is okay to hold on to an item for sentimental reasons. But that, of course, begs the question: my Mom never actually used or enjoyed the picture herself, so why would I be sentimentally attached to it?

Well, it was only just the other day, I found my answer – in one of the boxes of photographs from my Mom’s place, where I came across a brilliant photo of me, my Mom…and a llama.

The wonderful memories from that day in Lynden, so many years ago, flooded back. And I finally realized that’s why the framed llama picture from my Mom’s apartment meant so much to me. It’s not a particularly rational explanation, I know…but I’m okay with that.

So if you are in de-cluttering mode at the moment, I shall leave you with these simple but extremely helpful words of advice on what to keep and what to toss:

“If it’s not beautiful, useful or sentimental, it goes.”

Just be sure to listen to your heart, not just your mind…for sometimes the heart remembers what the mind can’t yet recall.

P.S. As for the crazy mushroom ensemble from my Dad’s place? Well, I found a home for THAT, too, in my garden: