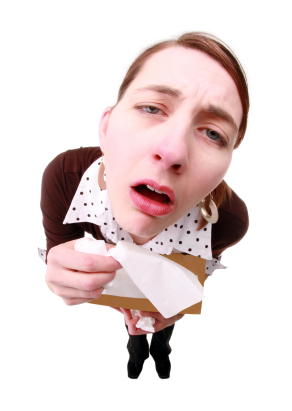 “Privilege is being born on third base. Ignorant privilege is thinking you’re there because you hit a triple. Malicious privilege is complaining that those starving outside the ballpark aren’t waiting patiently enough.”

Getting a little tired of the pandemic-induced piss-ass attitude?

I am…both in myself and others.

But first, a little story…

Back in the pre-COVID days, I was fortunate to have gone on a cruise to Alaska with my family.

Our captain had safely navigated our massive ship past dozens of icebergs so we could get within half a mile of the spectacular Hubbard glacier – North America’s largest tidewater glacier. The thing is HUGE.

Rising more than 300 feet above water and 200 feet below, the Hubbard Glacier is 7 miles wide, 75 miles long and regularly calves off into the sea 450-year-old hunks of ice the size of small apartment buildings.

“When you see the ice crashing into the ocean,” the naturalist on board had explained, “you’re witnessing the end of a cycle that began hundreds of years ago.”

Hubbard Glacier is currently advancing, which, according to the US National Park Service, is an anomaly in a warming climate, such as the one we are in. In contrast, 95% of Alaskan glaciers are retreating, as are most glaciers worldwide.

But this blog isn’t about the climate crisis. Besides, according to the COVID-dominated news, one wouldn’t think there was a looming climate crisis anymore. Unfortunately, just because we don’t talk about a problem doesn’t mean it doesn’t exist. But hey, let’s enjoy this reprieve from The Big Reality as long as we can.

Back to the Alaskan cruise: it was an extraordinarily beautiful experience. We saw dolphins leaping alongside the ship and whales gently cresting to the surface and then submerging again, their magnificent tails the last to disappear. We saw spawning salmon, having left the sea to return to the streams where they were born.

The bald eagles, too, put on a show. In Hoonah, the small native village near Icy Point Strait, we were walking along the road when a shop-owner waved us down from across the street.

She pointed to the tree. “Look up!”

We all looked up to see an eagle working away.

“He’s tearing off branches,” the woman across the street yelled, “and then transporting them to the nest.”

Sure enough, a minute later, the eagle flew off from the tree with a large leafy branch clutched in his talons. He circled back a moment a later and landed in a nearby tree, and promptly added the branch to the nest.

“He’s been doing that all day,” said the shop-owner.

Then the woman dashed inside and came out a moment later, holding what I assumed were her business cards. She crossed the street and passed the cards to us, through the fence. But they weren’t business cards; they were three small photos of a close-up of the same eagle we had just been watching.

Back on board the boat, however, not all homo sapiens were so well behaved.

One woman, bald as a billiard ball, sat down beside me. I asked her how she was doing.

“I have cancer,” she said, “and I just finished chemo and radiation. Both were horrible. But I’m doing pretty good now.”

“Great!” I said. “And are you enjoying the cruise?”

She shook her head. “No. Actually, I’m really disappointed.”

Surely, I hadn’t heard correctly. I asked her why.

“Because,” she said, “this ship isn’t big enough.”

I just about fell off my chair. Our cruise ship held eighteen hundred passengers and nearly as many crew members. It had two swimming pools, four hot tubs, two theatres, four restaurants, three lounges, a casino, multiple stores, an art gallery, a spa, and a fitness centre. It was a flippin’ floating resort.

“I went on a cruise before,” she said, “and it was a bigger ship. This one’s too small and I’m just really disappointed.”

And this is what I thought to myself: You just don’t get it, do you? You didn’t learn the lesson.

And what might that lesson be, in my judgemental, not-so-humble, opinion?

Here this poor woman had been so sick and suffered through all the horrible cancer treatments (let’s call that her wake-up call) and yet had recovered enough to go on a cruise (her test, if you will) – but, for whatever reason, was unable to appreciate a vacation experience that the vast majority of people on the planet can’t even afford to dream of (she failed the exam).

I speak from experience in the ingratitude department. Ten days before my husband, John, died in 2000, we were on vacation in Vegas and had been walking through the Venetian Hotel. Although I’d been impressed by all the beautiful paintings and architecture, I still nattered on about how the real Venice was so much better.

John had stopped in his tracks and turned to me. “Well, you’re in Vegas now, Maryanne, and this is pretty damn cool in and of itself. So smarten up.”

Ten days later, he was dead (my wake-up call). One wretched year later, I found myself in New York City, three weeks after the world trade centre had been reduced to a pile of rubble. After walking around Ground Zero and paying tribute to the thousands of lives lost, I went to the opera.

Even though it was a stranger, instead of John, sitting beside me in the opera house, I had a powerful moment of realization that despite all the sadness in my life and so many other people’s lives, when beauty found its way to me again, I better damn well learn to appreciate it.

I would like to think I passed that test…even if it was a little late.

But back to the boat…on the Alaskan cruise, my mom and I were fortunate enough to be able to afford a stateroom with a balcony. Our room attendant, Edy, was from Indonesia and he was an absolute delight.

Whenever I walked down the hallway towards our room, I would hear him cheerfully call out from whatever room he was working in at the time, “Hello ma’am!”

Every evening my mom and I would return to our room to find a different towel animal waiting for us. One night, it was a sea turtle made out of intricately folded towels. Another time it was a monkey, wearing reading glasses, swinging from the ceiling. A swan, duck, and elephant also made their debut.

I asked Edy if he liked working on the cruise ship.

“How long have you been working on this ship?” I asked.

“Five months, ma’am. I used to be a high school teacher in Indonesia.”

I asked him if he had a family.

“You must miss them?”

Back home again on Vancouver Island, I was in the post office and mentioned to the woman behind the counter that I’d just been on a cruise to Alaska.

She grinned. “And you just can’t get tired of hearing ‘Yes, ma’am,’ can ya?! All those people waiting hand and foot on me…I LOVED it!”

I immediately thought of Edy and how much time and energy he spent making towel animals for me and my family because his job required him to be miles away from his own family for months at a time.

“As for Alaska itself,” the woman at the post office went on to say, “the stops aren’t very interesting. You’ve seen one shop, you’ve seen them all…you could be anywhere in the world, really.”

I thought back to the woman in Hoonah who had given us the photos of the eagle.

I paid for my stamps and left.

Fast forward a few years and here we find ourselves, oddly enough, still in the middle of this oh-so-inconvenient worldwide pandemic. I mean, why can’t they JUST FIX THIS and get everyone on the planet vaccinated…like RIGHT NOW?

Why? Because complex problems are not solved overnight. Nor are they solved any faster when privileged spoiled brats (and I am not referring to millennials…their piss-ass attitude I can understand!) masquerading as middle-aged adults choose to spend this forced “quiet-time” sitting on their squares, sullen and insolent, waving their sippy-cup wineglasses about, while complaining to anyone unlucky enough to be in their vicinity.

If you have a valid complaint – such as loved one who is sick, or you have lost your job, livelihood, business, etc – then fill your boots. This DOES suck.

But if you are just “getting really tired of all this,” because your social life and travel plans have been curtailed, suck it up.

I don’t CARE that you don’t get to go to Venice or Alaska right now. NOBODY gets to. That’s the GLOBAL part of a “global pandemic.” Click To Tweet

I don’t care if you don’t like wearing a mask when you go in a store. None of us do. But we DO it because it saves lives.

So shut up, quit whining about stupid shit and be grateful you’re alive and can still afford to buy wine.

Now, of course, none of you – MY beloved blog readers – would have this sort of naughty attitude 🙂 But if you happen to know of someone else who could use a kick in the pants, feel free to send them this. 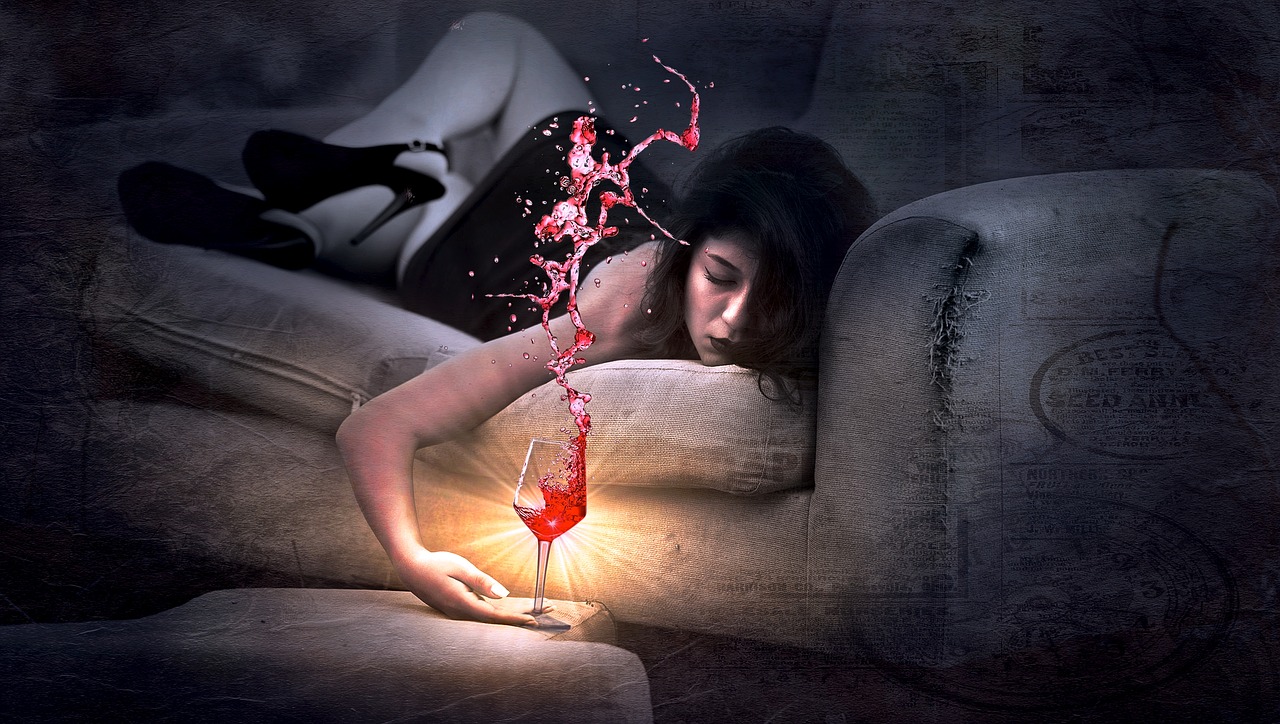 How’s this for a sobering thought…

In light of all that has happened in the world over the past year, perhaps this pandemic is a wake-up call to those of us who are, compared to most of the planet, privileged beyond belief…and yet expect the party to continue, same as before, when all this ridiculous COVID madness is over?

Which brings me back to climate change. If we think pandemic restrictions are annoyingly inconvenient, I shudder to think how we are going to handle the pending collapse of our atmosphere.