Check Out This Chuck Coincidence

Kay That Was Weird – Check out this Chuck Coincidence

I don’t know about you…but an awful lot has been going on in my little hobbit hole vortex the past few weeks.

It’s all good (I think) but my creativity and energy levels have been rather…off the charts, shall we say.

With all this time at home on my own and plenty of rest, exercise, good food, yoga, and meditation, I seem to be tuned in to some other level. The connections, coincidences, and insights have been very conducive to writing. As an example, an entire PLAY came through to me over a 48-hour period. I took lots of notes.

Another odd thing that happened was my “Chuck Coincidence”:

I wrote an article one morning, for 10-4 magazine (the Calgary Police Association) about my reflections on the upcoming 20th anniversary of my husband John’s death. I used a previous article as the base, then tweaked it accordingly…I felt the piece needed a quote at the top (like my weekly blogs).

And so, in search of a suitable quote, I googled something along the lines of: “quotes about losing someone we love.”

This was one of the first quotes that popped up:

Perfect. It just felt right for this particular article. Who Chuck Palahniuk was, I had no idea. But I didn’t bother looking him up.

I found a way to make the quote work with the article and tied it all together at the end. I then e-mailed the finished piece to the publisher and moved on with my workday.

A task or two later, I wrote the first draft (in a word doc) of what would become my blog entitled, “My Mind is Starting to Look Like “Fight Club” – Time to Bring Back Balance.”

I made some preliminary notes, then did a quick check on You Tube to see if I could find the film clip of the scene with Edward Norton fighting himself. I did. And then right beside that, I saw another You Tube video entitled “Why I Wrote Fight Club.” For some reason (I rarely do this because I am extremely focused when writing), I clicked on that second You Tube video…and just about fell off my chair.

Guess who wrote the “Fight Club” book (which the film was based on)?

In terms of coincidences, this was a doozie. At first, I figured it must be Google tracking at work. But then I thought further: I found the quote by Chuck first (but had no idea who he was). Then I wrote the “Fight Club” blog. Then I googled the “Fight Club” movie and found out Chuck wrote the book.

In other words, it was a good old-fashioned coincidence.

Well, if you’re me (a creative sort who spends vast amounts of time inside my imagination), you write entire books, plays and screenplays about them and their possible meaning 😊

But if you are a highly rational person, you explain – mathematically – the statistical probability of a coincidence occurring.

Ever heard of Littlewood’s law? It was coined by Cambridge University Professor John Littlewood.

“Littlewood’s law states that a person can expect to experience events with odds of one in a million (defined by the law as a “miracle”) at the rate of about one per month. Littlewood defines a miracle as an exceptional event of special significance occurring at a frequency of one in a million.” (source: Wikipedia)

In other words, we can expect a mathematical miracle – an uncanny coincidence – once a month. Click To Tweet

How cool is that?!

What are your thoughts on coincidences?

Or…do you think there is a bit of both going on? Yes, coincidences can be mathematically explained – and expected – but that doesn’t necessarily mean there isn’t also a higher meaning hidden beneath the surface.

I probably fit best in the third camp: I agree that coincidences can be mathematically explained. But I find that, in and of itself, a bit of a miracle. As such, when an odd coincidence does occur, I choose to pay attention. And more often than not, when I stop and think about it, I will find a higher meaning…even if that means creating one that makes sense to me.

As such, this is what I am choosing to take from my recent Chuck coincidence:

I think that was a signpost of sorts…a little nod from the Universe, if you will, to let me know I AM heading in the right direction with my work and life.

For when I honour the commitments I make to myself in a day – and do the tasks I promised myself I would do – then I am on my path of creating a life of passion, purpose and joy. Click To Tweet

Oh…and I think I better read “Fight Club” too 🙂 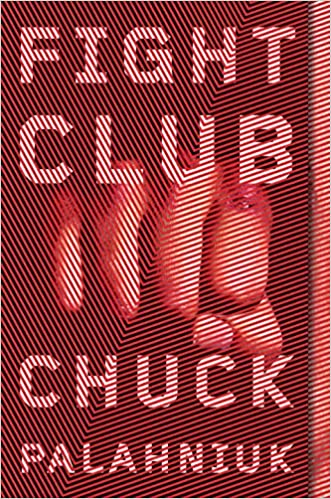 4 thoughts on “Check Out This Chuck Coincidence”