The Gravity of Not Letting Go

The Gravity of Not Letting Go 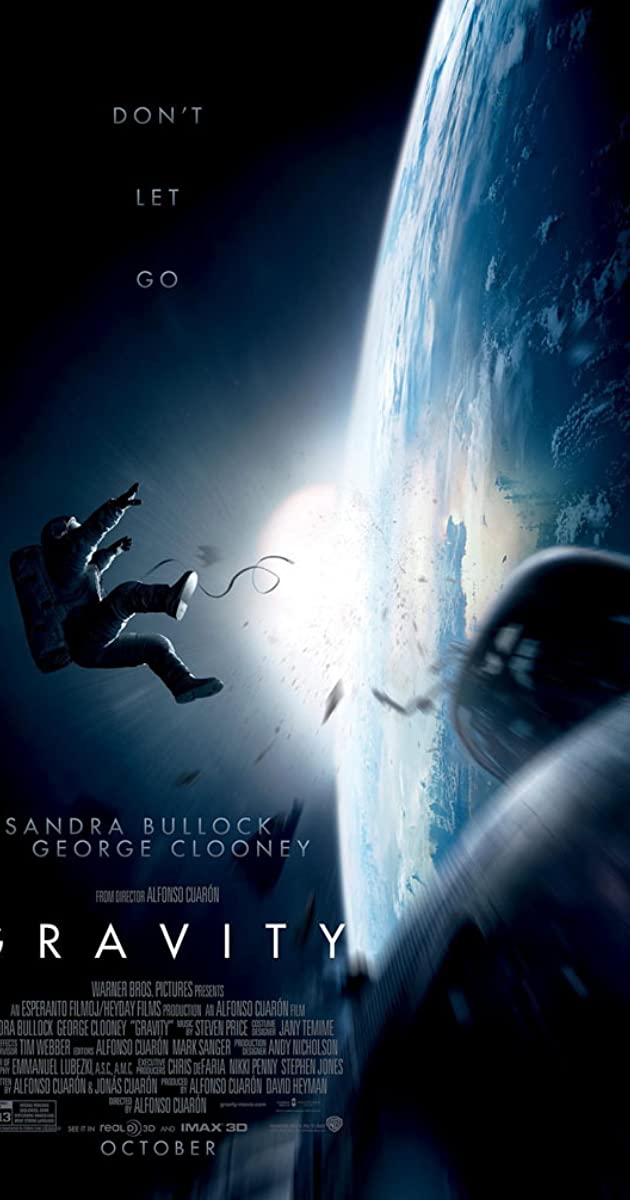 “The key to be able to let go of all the stuff you are holding on to is knowing that you’ll be okay if you don’t have it.”

I watched the movie, “Gravity,” over the weekend. Love it! I saw it when it first came out in 2013. In fact, I intended to write a blog about it then but never got around to it. But an awful lot has changed in my life – and the world – in those seven years.

When I first saw the movie (I remember watching it in the cute little movie theatre in Sidney, BC where I used to live), the message that jumped out at me then was the reminder to never give up.

If you’ve seen the film, you may recall the scene where the Sandra Bullock character, Dr. Ryan Stone, has just turned down the oxygen levels in her little space capsule in an effort to speed up the process of her clearly imminent death. She has given up on trying to get back to earth. Though she has managed to overcome every other challenge up to that point, the next step she faces seems impossible. Not only has she seemingly run out of options, she has now lost hope.

But then, as she starts to lose consciousness because of the lack of oxygen, her colleague in space, Matt, played by George Clooney – who supposedly died after saving her – suddenly appears outside her window…and then proceeds to open the door! No, don’t! Sandra isn’t wearing a space suit! She’ll die!

But wait…how can this be?! Did George somehow survive, floating around in space for hours with no oxygen?

It is his soul who has come for a visit in Sandra’s imagination, to save her yet again – this time with some sage advice on a different way of getting herself back to earth.

For there is always more than one way to achieve a goal. The key is to never give up trying. Click To Tweet

That was the message I got when I watched the movie seven years ago. Which, I might add, I did apply to my own life – both in terms of my writing AND finally getting the heck out of my rat-infested, ridiculously noisy home in Sidney.

However, the message I took from “Gravity” this time around was the importance of letting go.

If you have seen the movie, you may also recall the earlier heartbreaking scene where Sandra is holding on to George for dear life. She is dangling in space by one foot, precariously still attached to the space station by a single tether. He is attached to her by a harness that has a clasp. He tells her she HAS to let him go. They can’t both survive. But if she lets go of him, she has a slim chance of surviving. Yet she refuses to let go.

To which he says, “You are going to have to learn how to let go.”

But of course, he is not just referring to the physical predicament they currently find themselves in. He is also referring to the fact that since her 4-year-old daughter died years before, she hasn’t lived. Rather, she has simply existed: gone to work, drove around for hours after work, gone home to bed, then woke up the next day and did it all over again.

Still, Sandra refuses to let George go. So he makes the decision for her and undoes the clasp…then floats off into space to die a peaceful death, watching his beloved sunrise.

And Sandra is left to save herself…in more ways than one.

Of course, if you are a reader who is somewhat familiar with my personal story, you may see a parallel or two to my experience of losing my husband, John, and having to learn to stand on my own two feet and, eventually, create a happy new life without him.

For the time comes when, regardless of the loss we experience, we must choose to truly live again…not merely exist. Click To Tweet

But that’s not what this blog is about.

This blog is about letting go…of STUFF. For after watching the movie on Friday night, I proceeded to spend the majority of yet another precious weekend working my way through the mountain of boxes in my garage. 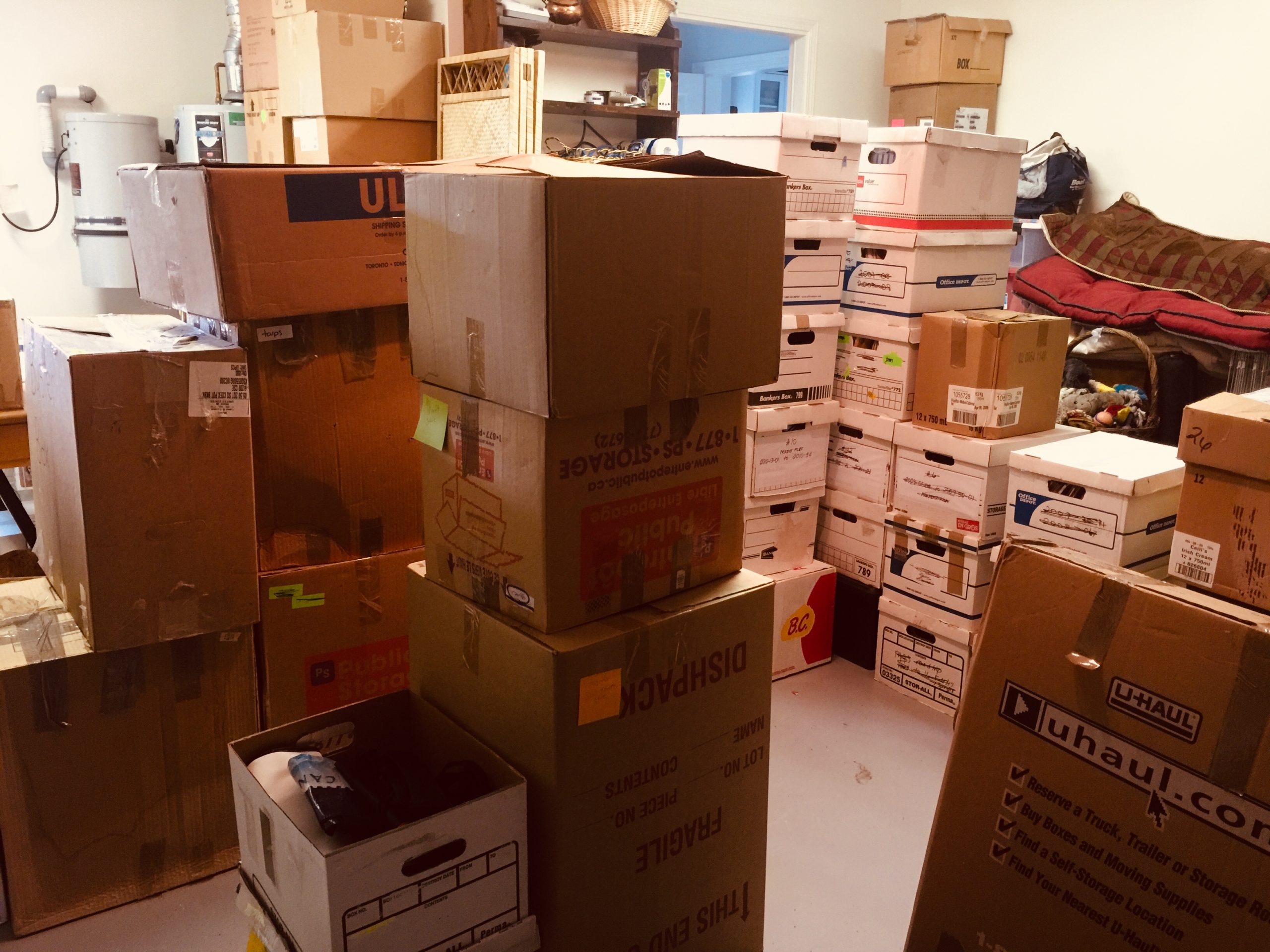 How do we accumulate so much stuff? Why do we? Why is it so damn difficult to let things go? And how can it be that even after giving away dozens and dozens of boxes to the thrift store, I STILL have piles of boxes filled with stuff that I just can’t seem to let go of?

Well, this past weekend I think I may have found my answer.

When I relaxed enough to slow down and start paying attention to the process, I began to realize that a good chunk of the “stuff” I was still holding on to was, in fact, treasures: favourite photos in frames, photo albums, scrapbooks, letters, memorabilia.

I began to pay attention to what made me smile. What made me sad? What prompted no emotion at all, other than confusion – as in: “What IS this?” (in which case, it was easy to toss)

The gravity of holding on to things we no longer need or want (or perhaps never did need or want) but are hanging on to out of some sort of weird sense of guilt or obligation to the person who gave us the item, the person we were when we bought it ourselves, or the person (or pet) the item reminds us of, can be detrimental to our well-being.

As such, I am letting go of many things. But some items I have no interest of letting go of. Every time I see it, I smile. But if I unwrap the item and roll my eyes at seeing it AGAIN, then it is time to let it go. And I do.

I would love to hear your experience of letting go of stuff.

What is in your boxes of keepsakes? Do you have boxes of items that you know you need to go through and get rid of? Or is the stuff you wish to keep nicely organized in an out-of-the-way place…but easily accessible should you wish to take a peek, on a rainy Saturday afternoon?

Because here’s what else I’m noticing: the happy memories that surface when I look at some of the old photos and mementos are reminding me of what an incredible life I have lived…still am living. Truth be told, I should probably have taken a page from Sandra Bullock’s character and worked more! There’s been no shortage of FUN for this cowgirl in the past 52 years 😊

This pandemic has given me the gift of time to go through many of the boxes and get rid of more things I don’t want, as well as better organize the boxes of items I do wish to keep. So when a future rainy Saturday afternoon calls for a short trip down memory lane, I look forward to pouring myself a cup of tea and doing just that.

In the meantime, here are a few fun photos of what was unearthed (briefly) in this past weekend’s treasure hunt: 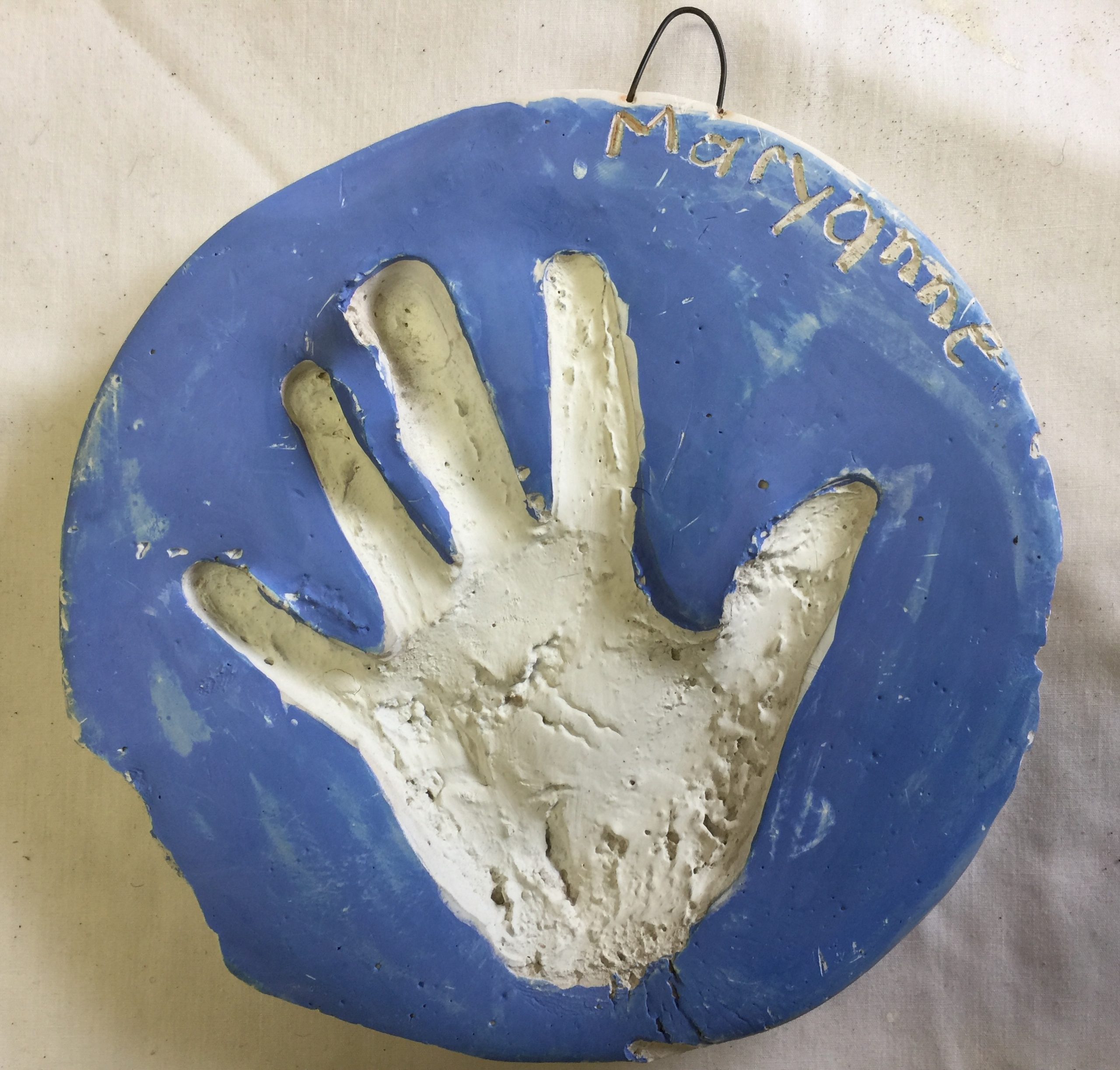 Thanks for reading, take care & have a great week!

15 thoughts on “The Gravity of Not Letting Go”