PrevPreviousWhat Are You Grateful For?
NextBook Cover Sparks DiscussionNext 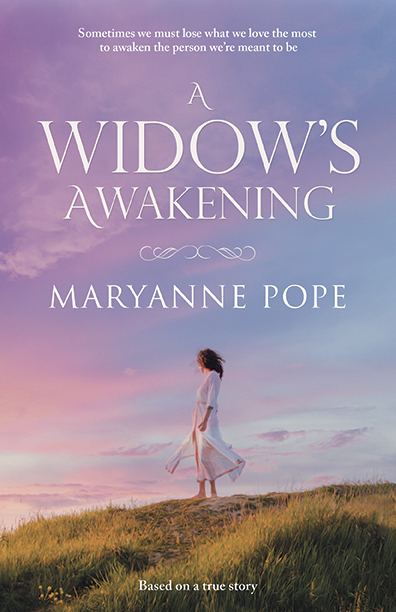 “I fear acceptance of his death because I know that will lead to apathy. Somehow positive change has to come out of this.”

On September 29th, 2000, Cst John Petropoulos of the Calgary Police Service fell to his death during the investigation of a break and enter complaint at a warehouse. John was searching the mezzanine level when he stepped through an unmarked false ceiling, fell nine feet into the lunchroom below and died of brain injuries.

There was no safety railing in place to warn him – or anyone else – of the danger. There ended up being no intruder in the building; it was a false alarm.

John was 32. We both were. So began my journey as a young widow.

Shortly after John’s death, several of his police recruit classmates started the John Petropoulos Memorial Fund (JPMF). 18 years later the JPMF is still going strong. The Fund is a registered Canadian charity that raises public awareness about why and how to ensure workplaces are safe for everyone, including emergency responders.

For further information and/or to view the JPMF’s safety videos and public service announcements, please visit the JPMF website.

Since John’s death in 2000, thousands and thousands of people have died at work or as the result of an occupational-related illness. Thousands more have been seriously impacted by life-altering injuries.

About A Widow’s Awakening

September 29th, 2000 was the worst day of my life…and to be perfectly honest, things got a lot worse before they began to get better. When John died, I lost my husband, best friend, lover, soul mate and my biggest fan. I was beyond devastated; something deep inside me had broken and I didn’t know how to fix it.

A Widow’s Awakening captures the tumultuous first year of my grief. It is a candid story about my search to find meaning in John’s death while learning how to accept the unacceptable and transform loss into positive change – both through the workplace safety educational initiatives of the JPMF as well as through my own life and my writing.

To become a writer was my life long dream. John’s dream had been to become a police officer. Paradoxically, his line of duty death gave me the financial freedom to write…and the kick in the ass I needed to do the work.

A bit of background about the book

If you are a regular reader of my blog, you may be aware that A Widow’s Awakening was originally self-published as a creative non-fiction book in 2008. Over the next decade, it sold 2000 copies. In 2017, the publisher BHC Press picked it up for publication and is releasing it on September 13th, 2018 as a fictional novel based on a true story.

The novel is very similar in style and content to the creative non-fiction edition. There have been a few editorial changes plus a new afterword and, of course, a beautiful new cover!

To order the book

If you would like to purchase a signed copy of the print book ($19.95 plus $5 shipping), you can order it through the Pink Gazelle store or the JPMF store. All proceeds from the first 1000 copies sold goes to JPMF.

What readers are saying

Over the years, I am honoured to have heard back from dozens of readers with their thoughts on the book. Please click here to read some of the testimonials.

Here are a few reviews from the advance reading copy of the novel:

“As a safety professional and a Threads of Life volunteer, I recommend reading “A Widow’s Awakening.” It provides a vivid, heartbreaking reality of the consequences of an unsafe workplace and the personal costs of a workplace fatality. It brings home the message that we must ensure our workplaces are safe, not only for the workers, managers and public on a daily basis but also the Emergency First Responders who may be called there to help. One life lost is one too many.”

“Based on a true story, A Widow’s Awakening, is a hauntingly beautiful story of enduring love, overwhelming heartache and discovering resiliency.  With descriptions that are heartfelt, painful and often humorous, author Maryanne Pope artfully paints a picture of what it is like to have your entire world pulled out from under you.”

“A Widow’s Awakening expresses the gripping pain of losing someone you love, tragically and unexpectedly. Yes, it’s a novel….but the candid truth of this widow’s suffering is real. It’s Maryanne’s personal story, but it’s more than her story. It’s for anyone who has suffered a tragic loss…she captures the essence of a grieving soul. In a strange way you may feel relief because you’ve had some of those same feelings as she did that others often judge. You realize you are not alone.”

For further details about the book, including a list of niche markets, please visit the A Widow’s Awakening home page on the Pink Gazelle site.

Maryanne Pope is the author of A Widow’s Awakening, the playwright of Saviour and the screenwriter of God’s Country. She is the executive producer of the documentary, Whatever Floats Your Boat…Perspectives on Motherhood. Maryanne is the CEO of Pink Gazelle Productions and Chair of the John Petropoulos Memorial Fund. If you would like to receive her weekly blog, please sign up here. Maryanne lives on Vancouver Island, British Columbia, Canada.

PrevPreviousWhat Are You Grateful For?
NextBook Cover Sparks DiscussionNext