Sojourn to City of Angels

Sojourn to the City of Angels 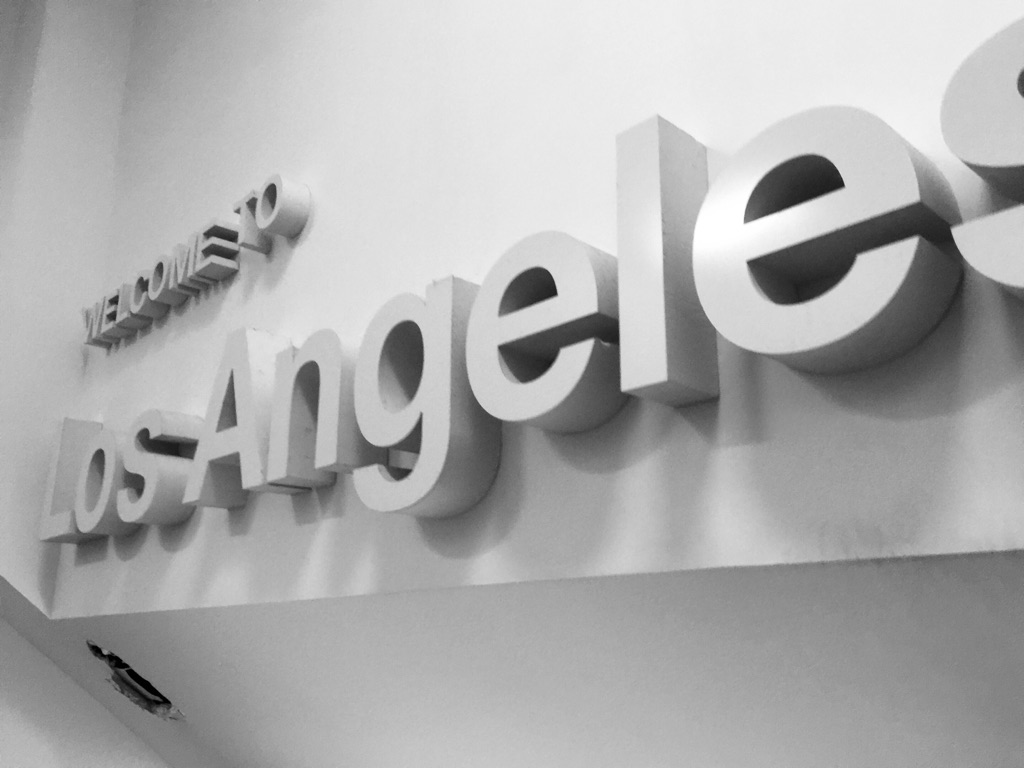 “Doing nothing often leads to the very best kind of something.”

Oh my good golly, can you believe August is nearly over? Where the heck did the summer go? I hope you’ve had a delightful one, with plenty of rest and relaxation.

As per usual, it was the body versus the mind that called a time-out for this gazelle on a recent trip to Los Angeles. I had high hopes of doing some work on a screenplay, as the creative energy in L.A. is fantastic. But a crummy cold put an end to that plan.

Instead, I slept, ate, visited with my friend Nina and her family, took in a few sights and ate some more. Okay, so I wasn’t that sick 🙂 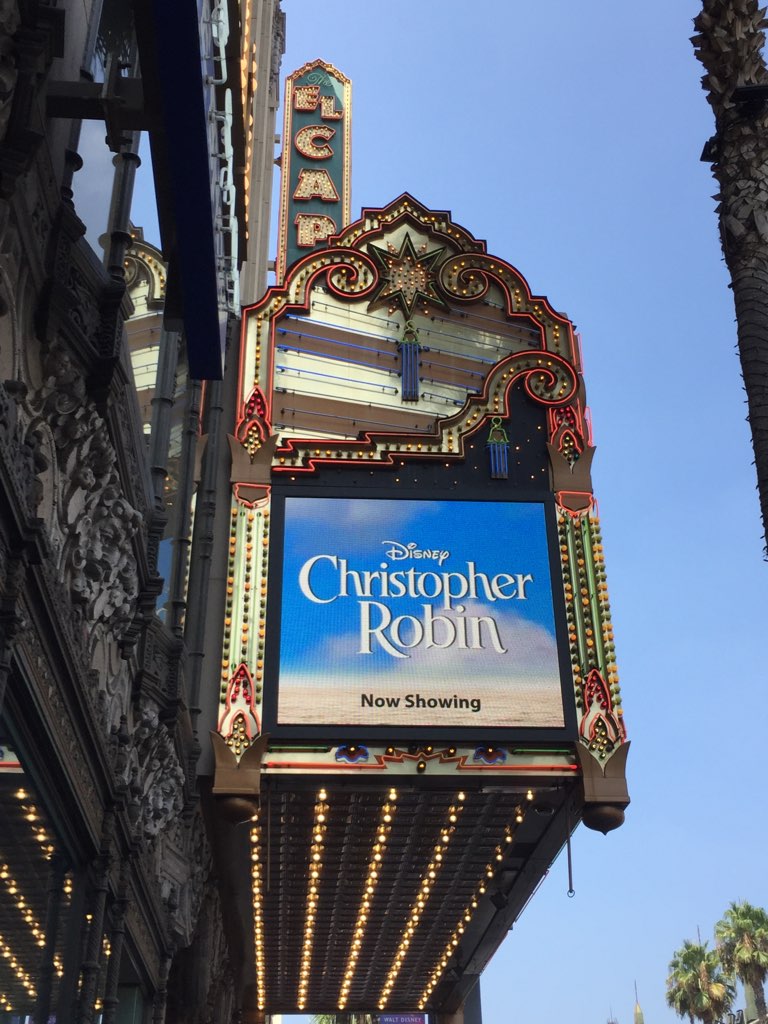 On Saturday afternoon, we saw Christopher Robin at the El Capitan Theater on Hollywood Boulevard. I am a Pooh fan and appreciated the reminder that sometimes it’s okay to just play…or do nothing at all. For that does indeed often lead to the very best of something.

I loved the movie AND the old theater (owned by Disney). Before the film started, there was even an organist on stage, playing Disney songs! 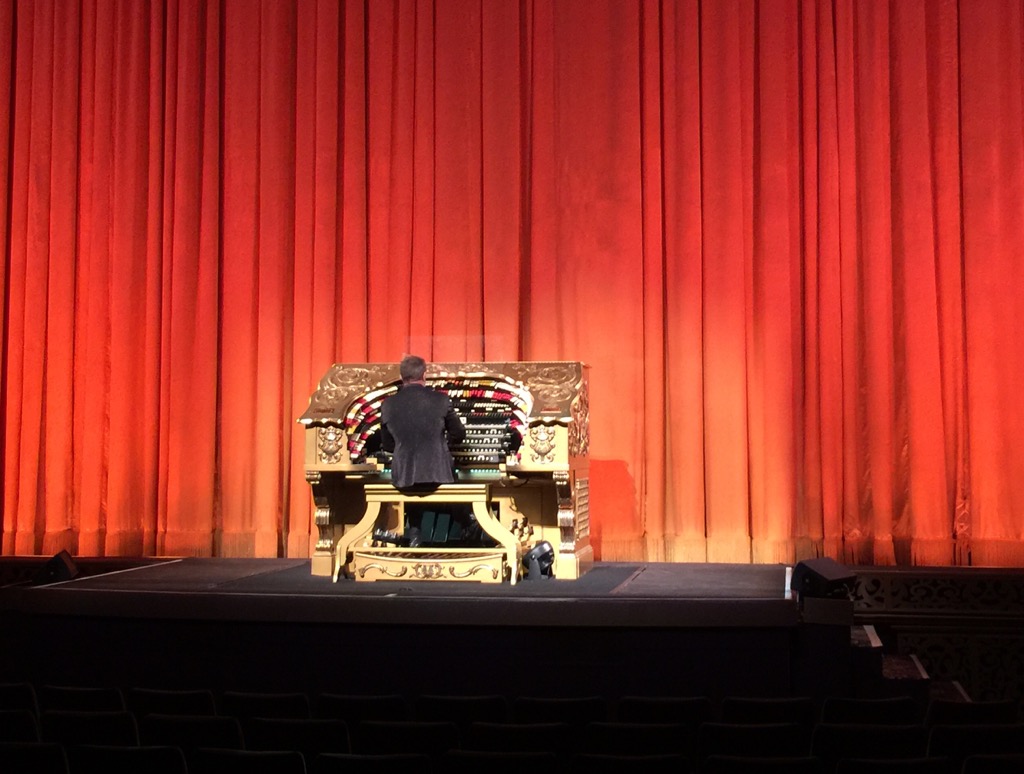 The original reason for my sojourn to the City of Angels was to celebrate Nina’s 80th birthday. And we certainly did that in true Hollywood style…what a party! Nina’s daughters, Lani and Westerly, threw their Mom a splendid soiree. There was much laughter, a few tears and we were treated to some fabulous photos of Nina from her days as an actress in Hollywood.

You could feel the love in the room as people – family, friends and colleagues – from different stages of Nina’s life shared their stories and memories. I was honoured to be included.

I have known Nina for 14 years – when I first contacted her about the rights to Nell Shipman’s autobiography for a screenplay I wanted to write.

Nell Shipman was a Canadian-born silent screen star who had her own production company and was an early advocate for the fair treatment of animals in film. Nell was a pioneer – in film and in her passion for animals and the wilderness.

While working my way through dozens of rewrites of the God’s Country screenplay over the years, I have to got to know Nina and her family. What started as a working relationship gradually grew into a friendship.

Here are a few more photos from LA

Another example of showbiz running in the Shipman family is Lani. She is an actress as well as the co-founder of YADA (Youth Academy for the Dramatic Arts) – which has been offering comprehensive theatrical training to youth in LA for 21 years.

YADA offers a safe and exciting environment in which students can learn, grow, and enrich their lives while practicing the skills of theatrical performance. Since 1997, more than 20,000 students have participated in 574 productions! I have seen several performances at YADA over the years and the shows are outstanding.

If your child is interested in learning the ropes of theater from the pros (the 2 week summer camps are extremely popular) be sure to check out YADA’s programs.

While in L.A., Nina and I watched a dress rehearsal of Peter Pan at YADA and it was excellent, as usual. Here is the set: 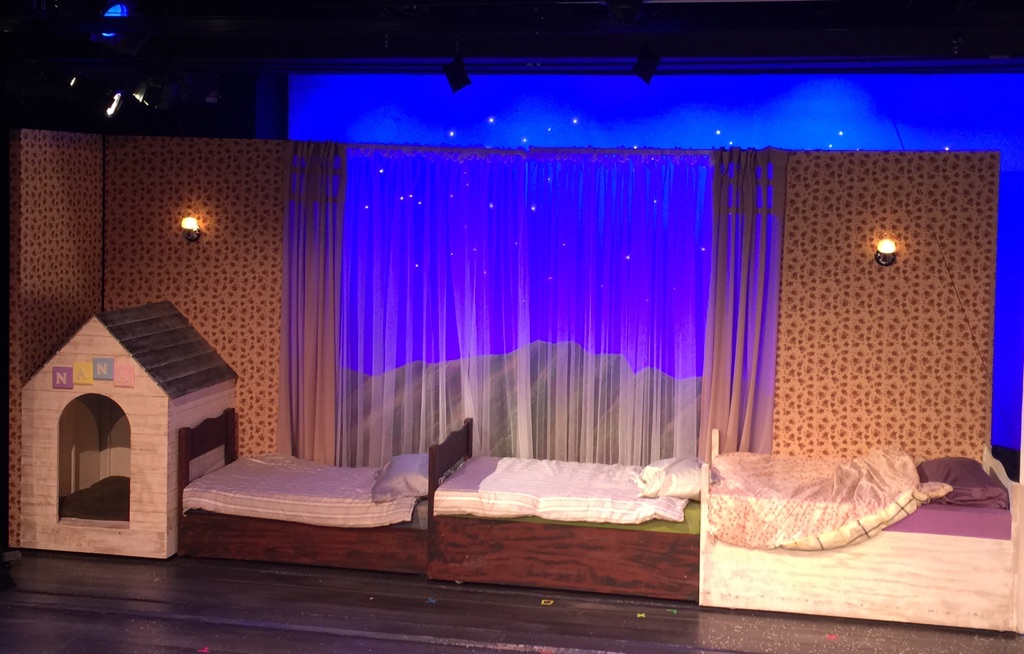 Of course, there was also a little shopping done at Nordstrom’s 🙂 which is dangerously located a mere block away from the hotel at The Grove shopping center. These are the fountains at The Grove: 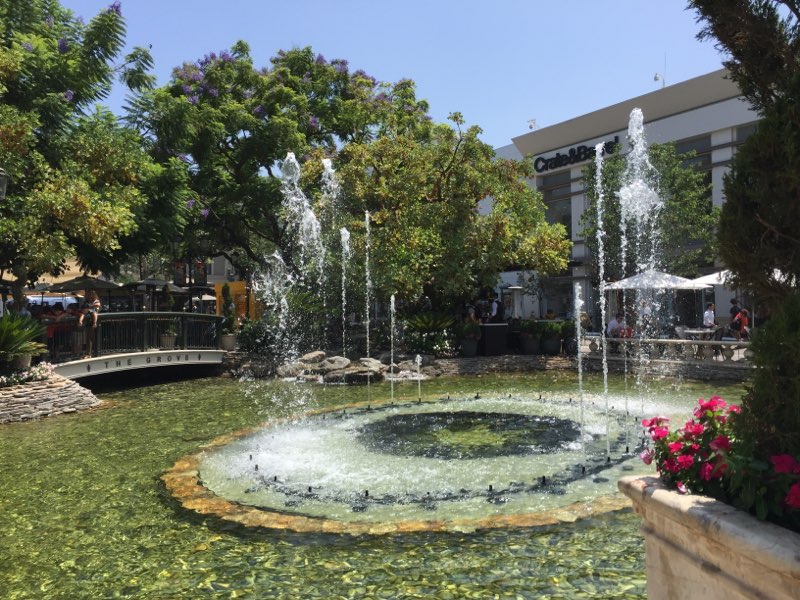 And this is a neat shot of a fruit vendor on Hollywood Boulevard: 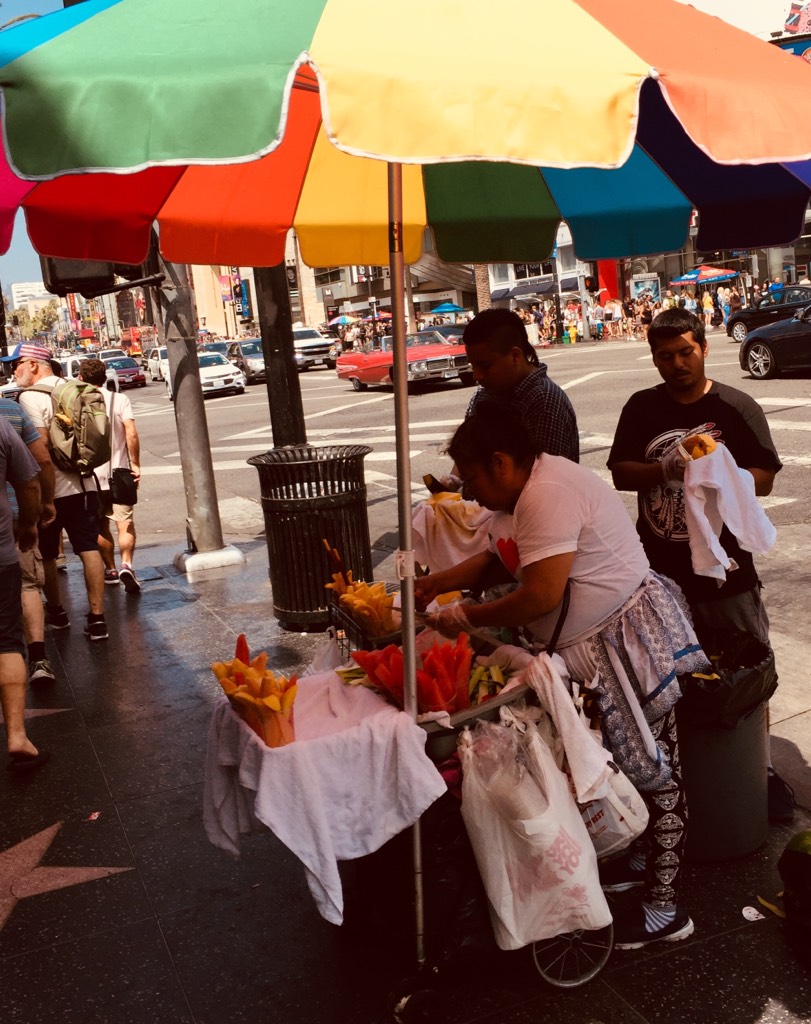 These are the toes of yours truly, relaxing by the hotel pool (getting the hang of doing nothing): 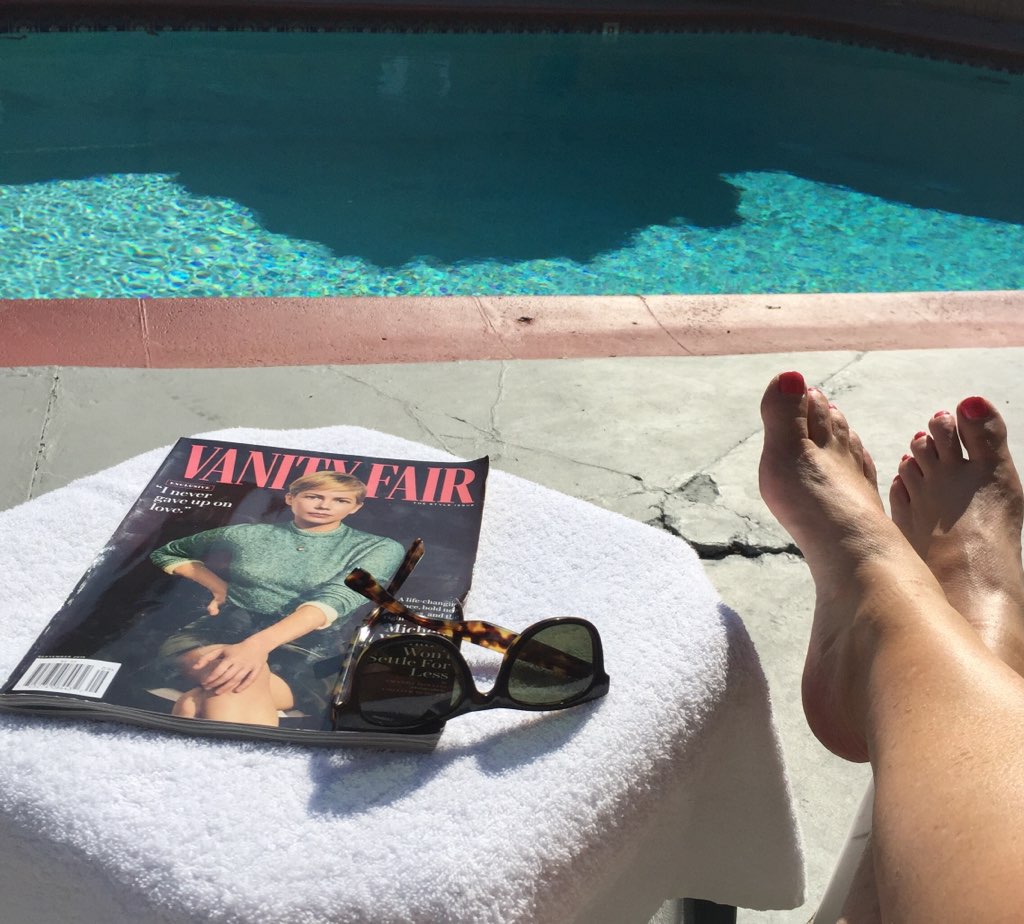 Take care, thanks for reading and have a great week!

“People say doing nothing is impossible, but I do nothing everyday.”

2 thoughts on “Sojourn to City of Angels”