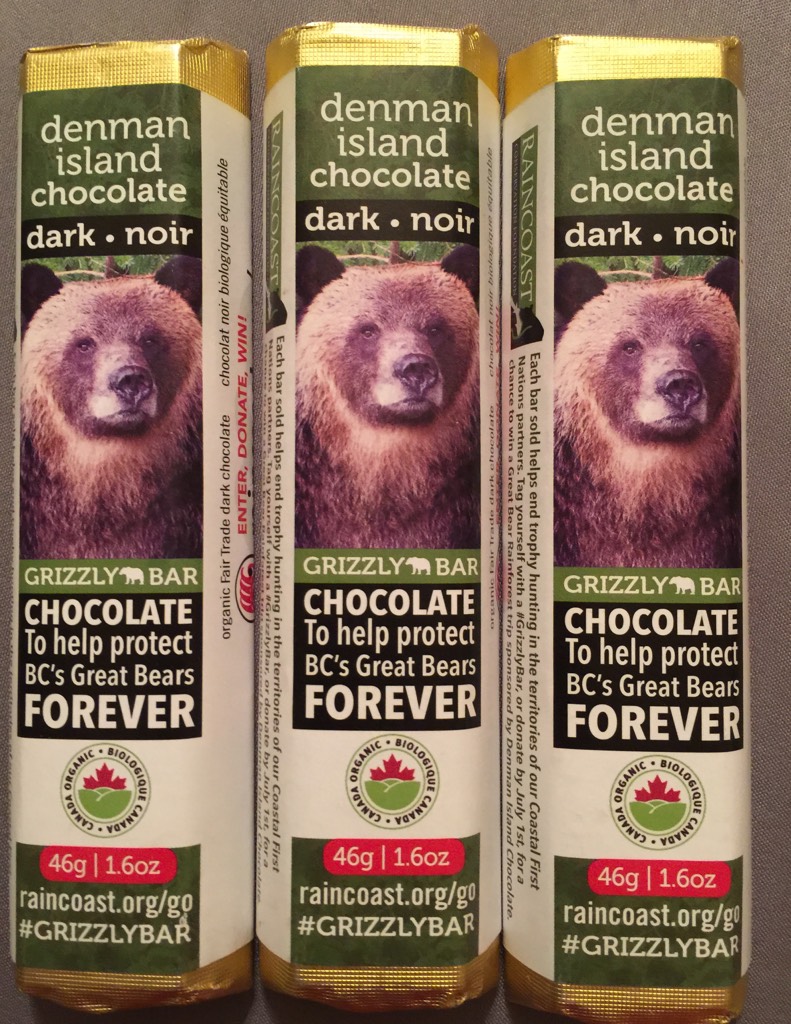 “As the only permanent solution to stopping the commercial trophy hunt appeared to be buying out hunting licenses, we began purchasing hunting rights in 2005. With your help we have given protection to bears from trophy hunting in three jurisdictions in the Great Bear Rainforest. Now we can secure a fourth tenure.”

In 2017, the BC government announced an end to the trophy hunting of Grizzly Bears in the Great Bear Rainforest.

Ending the coastal trophy hunt has been part of the Raincoast Conservation Foundation’s efforts to protect the habitat and life requisites for grizzly bears, and other life carnivores, in the Great Bear Rainforest for over two decades.

Raincoast, with the support of Coastal First Nations, has since struck a deal to buy a fourth trophy hunting licence in the heart of the Great Bear Rainforest. The exclusive commercial licence covers an area of more than 2,300 square kilometres of rich habitat for large carnivores, including grizzlies, black bears, Spirit bears, wolves, cougars and wolverine.

To help pay for this licence, Raincoast has been running a campaign, Save the Great Bears, to raise the required $500,000, which includes the purchase price. The funds must be raised by Dec 31st, 2018.

Why does this matter?

The sale guards against future shifts in government policy that could reverse the ban on grizzly hunting, while also ensuring that trophy hunting interests cannot continue the recreational hunting of black bears, wolves, cougars or wolverine. 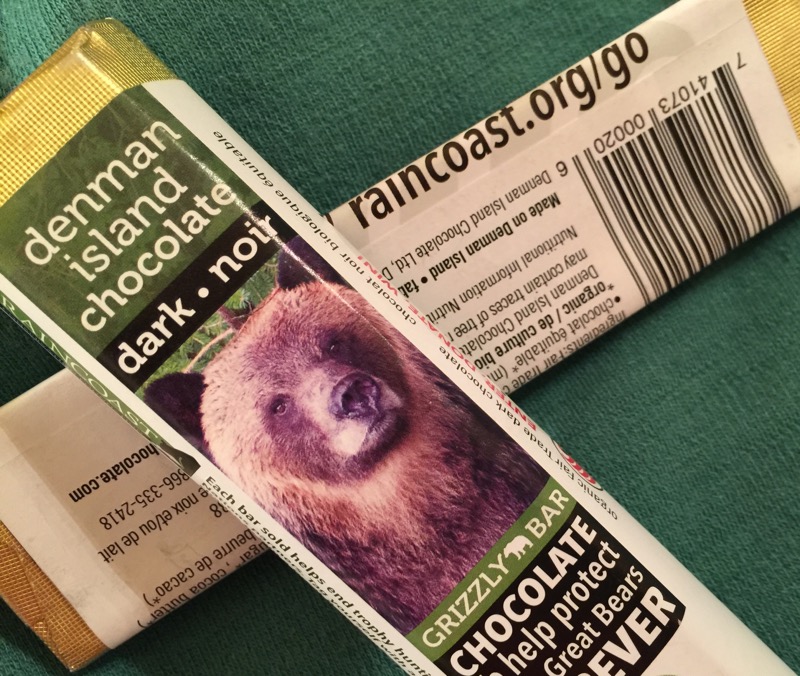 Here are a few ways you can help Raincoast raise the funds:

#1. Donate directly to the Raincoast Conservation Foundation’s Save the Great Bears campaign

#3. Share your Grizzly Bar experience with a photo on social media with these hashtags:

And be sure to tag @Raincoast

On behalf of the Grizzly Bears in BC…thank you!

Maryanne Pope is a long-time supporter of the Raincoast Conservation Foundation. She is the author of A Widow’s Awakening, the playwright of Saviour and the screenwriter of God’s Country. Maryanne is CEO of Pink Gazelle Productions and Chair of the John Petropoulos Memorial Fund. If you would like to receive her regular weekly blog, please sign up here. As a thank you, you’ll receive a short but saucy e-book entitled, Dive into this Chicago Deep Dish – Ten Bite-Sized Steps for a Yummier Slice of Life.

2 thoughts on “Eat Chocolate, Save Bears”