Fly or Flop – Overcoming the Fear of Failure 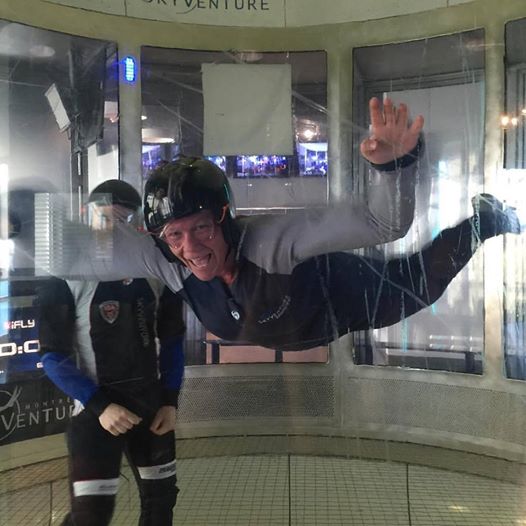 “The only failure is not to try.”

When I was visiting Montreal recently, the friends I was staying with, Helene and Clement, suggested I go flying at a place called SkyVenture.

“Yeah,” replied Helene. “In a wind tunnel. It’s kinda like skydiving only you don’t have to jump out of a plane.”

The next thing I knew we were inside said SkyVenture building, checking on availability for the day. But there wasn’t room for me to fly until 5 o’clock that evening.

“I dunno,” I said to Helene, as we were standing at the desk. “I don’t want to cut short our day of sightseeing by having to rush back here for 5. And it’s kinda expensive. And…”

She laughed. “You’ll get it. They teach you everything you need to know and an instructor is with you the whole time. It’s totally safe.”

“Why don’t you go upstairs and watch,” the girl at the desk suggested. “The instructors will be doing a demo in a few minutes.”

So we did. And let me tell you, those instructors – who were likely also professional skydivers – were flying around that wind tunnel like nobody’s business! They were doing backflips and kicking off from the sides and whipping around in circles and shooting lightning-quick from the grate at the bottom to the very top. It was awesome!

As I was staring in awe at the airborne gymnastics inside the wind tunnel, Clement glanced over at me and thought he better clarify things. “You won’t be doing any of that, Maryanne.”

Sure enough, after the pros had done their demo of the cool tricks, they returned to the business of helping schmucks like me attempt the basics of flying, which appeared to entail lying spread-eagled on your stomach – like Superman – and trying not to drop down to the grate at the bottom where the wind was blasting up through.

But judging from the number of people who, despite the instructor’s repeated hand signals and actual hands-on assistance, kept dropping like a stone towards the grate then flopping around like a fish out of water, it actually looked quite tricky to do correctly i.e. remain in the air…to fly.

So as I stood there, watching several different people attempt – with mixed results – to fly, trying to decide whether or not I wanted to give it a go, I asked myself: “What’s the worst that could happen?”

That I would fail. That I would forget what the hand signals meant. That I, too, would drop to the grate and flop around like a big fat fish in a flight suit.

But then I asked myself: so what?

So I signed up for the 5 o’clock time slot.

And when 5 p.m. rolled around, I listened carefully to my (oh so adorable!) instructor’s detailed instructions. I studied the hand signals on the wall as if my life depended on it. Even though my life didn’t, my ego certainly did. Then I climbed into my flight suit, put in earplugs, donned my helmet and safety glasses and awaited my turn to fly…or not. 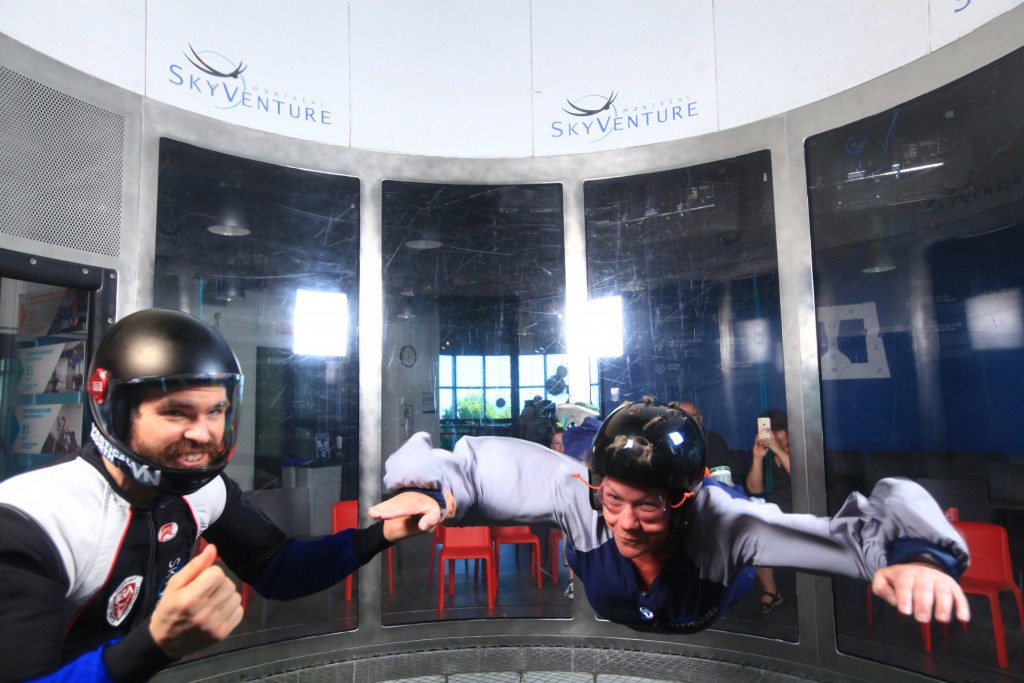 But I DID fly! Sure, I dropped down towards the grate a couple of times at the beginning but when my instructor gave me the signal to straighten my legs, I did so…and voila! Up I floated again.

Interestingly, the key to flying (in a wind tunnel anyway) is to expose the maximum amount of one’s body surface to the wind. The tiniest tweak in one’s position significantly impacts whether one floats or sinks…and isn’t that a metaphor for life itself?

Likewise, another trick we were taught is to keep your chin up – because that ensures your back is arched, thereby exposing more surface area on the front of your body to the wind. 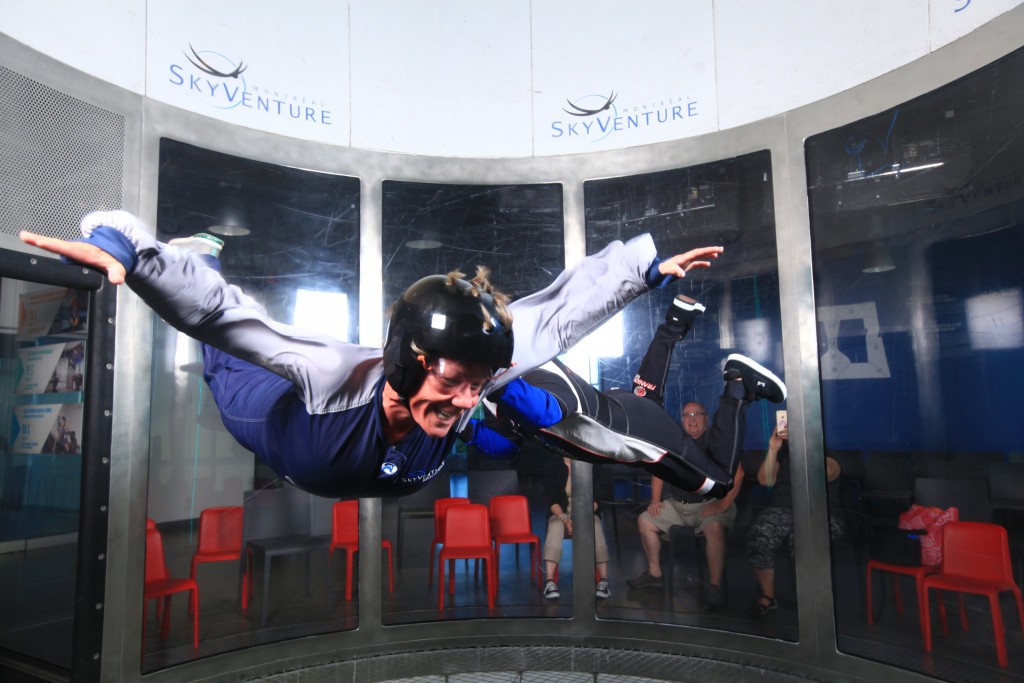 I loved the experience of flying. I loved how I overcame my fear of forgetting and/or failing and/or looking like an idiot. I loved the sense of accomplishment that came from succeeding at something completely new to me.

Mostly, however, I loved how excited Helene and Clement were to encourage and cheer me on. It was a good reminder about the importance of having a cheering squad – regardless of what we’re doing – as well as being on the cheering squad for others in our lives 🙂

2 thoughts on “Fly or Flop – Overcoming Fear of Failure”