Saving Saavy for the Not-So-Young 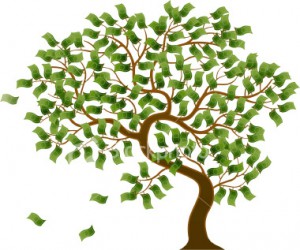 “The best time to plant an oak tree was 20 years ago…the second best time is today.”

In my recent blog, The Greatest Financial Gift to Give a Child Won’t Cost YOU a Cent, I wrote about the importance of encouraging young people to start putting aside money on a regular basis to build a significant-sized nest egg.

The numbers, of course, speak for themselves…when it comes to getting compound interest to work its magic, time is the key ingredient.

But what about all those people who don’t have 40 or 50 years left to save for retirement?

Well, according to financial expert, David Bach, it’s never too late to start. “Even if you’re starting late,” Bach writes in his book, Start Late; Finish Rich, “you can still amass quite a respectable amount of money.”

And you don’t have to be earning some sort of mega annual income either. In fact:

“How much you earn has almost no bearing on whether or not you can build wealth.”

Rather, explains Bach, “It’s not how much we earn, it is how much we spend.” And some of that spending can easily be trimmed by looking at what Bach calls the “Latte factor.” If, for example, you are currently buying a fancy coffee every day for $5 – and you instead saved and invested that $5 per day, you could actually build a nice little sum of money.

Here are some numbers 🙂

Now of course, the stock market at the moment isn’t exactly reflecting a 10% rate of return. And you’d be lucky to find a GIC for 2% these days, let alone 10%. Fair enough. But building wealth by regular saving and prudent investing – regardless of our age – isn’t usually a quick rich scheme.

Rather, it is slow and steady wins the race, even if you’re just starting that race in your mid-forties. Because historically, the stock market has provided investors with a decent average return on their money. Between 1900 and 2012, the average total return/year of the Dow Jones Industrial Average was approximately 9.4% and that, of course, includes the crash of 1929.

“What counts is your time in the market, not market timing.”

Alas, David Chilton, in his book, The Wealthy Barber Returns, suspects the stock markets may have more rocky times ahead in the short term. “Going forward,” writes Chilton, “we might have to deal with “muddle-through” financial markets fighting the headwinds of excessive public and private debt and the resultant slow economic growth.”

I suspect he’s right (but then again, that also means that there are – and will likely continue to be – some tremendous buying opportunities in the markets).

According to Stats Canada, personal debt is on the rise: Canadians owed almost $1.64 for every dollar of disposable income they earned in the third quarter of 2015. In 1990, this figure was about 90 cents.

And on the subject of personal debt: if one is carrying any sort of a balance on their credit card and only paying the minimum monthly payments, accumulating any sort of wealth is going to be extremely difficult.

“Credit cards allow us to act wealthier than we are,” explains Chilton in The Wealthy Barber Returns, “and acting wealthy now makes it tough to be wealthy later.”

So what to do? Well, I think this observation speaks volumes:

“When I sit down with people who have saved sufficiently throughout their lives, I see three common denominators: 1) They paid themselves first; 2) They started young, or if not, they compensated with increased savings rates; and 3) Their debt management followed the approach of “Owe No!”

As for how much to pay yourself, experts suggest you set aside 10% to 15% of your gross income – especially if you’re starting late in the game to save.

And if you have significant credit card debt, David Bach suggests your first step is to call your credit card company and ask for a lower interest rate. And if they won’t give you a lower rate, then find a credit company that will – and transfer your balance.

Interestingly, however, Bach does NOT suggest you pay down debt first and THEN start saving. Rather, he strongly suggests you do both!

But I reckon if a person is concerned about their financial future, perhaps the worst thing they can do is…nothing at all. For it is better to plant a small seed that will grow into a little oak tree than plant no seed whatsoever 🙂

The Magic of Compound Interest – Why Geometric Progression Matters