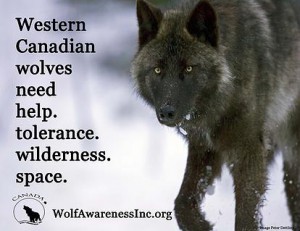 “Ironically, the species once regarded as a threat to our survival is turning out to be a test of how likely we are to achieve sustainability & coexistence with the elements that sustain us.”

According to Wolf Awareness Inc, a Canadian non-profit organization committed to wolf research and public education, more than 800 wolves have been killed under the guise of protecting Alberta’s Little Smokey Caribou herd – in habitat that is 95% disturbed by oil and gas infrastructure.

The WAI website explains how “Wolves were killed in strangling snares, gunned down from helicopters and poisoned using elk and moose killed and laced with strychnine. Indiscriminate weapons, snares, killed 676 other animals, including 2 caribou. There is no way to estimate how many non-target animals died of strychnine poisoning.”

Not only is culling wolves an ineffective way of increasing caribou population, it is also inhumane and unethical. In fact, aerial shooting is not an approved method under Canada’s current guidelines on Approved Animal Care.

The article entitled, Killing 890 Wolves to Learn About Them: Something’s Wrong, by Marck Bekoff, Ph.D explores the practice of killing animals – especially a keystone species such as wolves – in the name of conservation.

To raise public awareness about the wolf killings in Western Canada, Wolf Awareness Inc is currently seeking donations for their billboard campaign in BC & Alberta. In mid-July, they will be putting up a billboard on Alberta Hwy 2, between Calgary and Edmonton, with the hopes of getting more people to speak up on behalf of wolves…and help stop the culling.

To donate to Wolf Awareness Inc in support of their billboard campaign, here is the link. 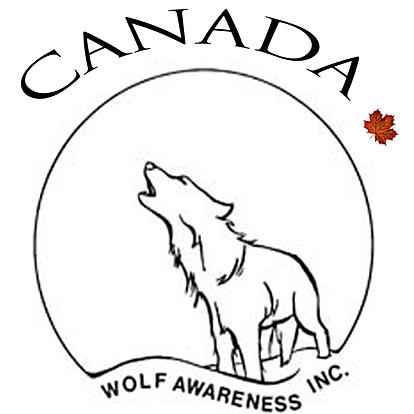 As a long-time member of Wolf Awareness Inc and a life-time supporter of wolves, I made a donation a few weeks ago…every little bit helps. Thank you.

Wolves in BC Need Our Help