Why Meditation Matters – Tips from a Magic Monk

PrevPreviousSweet Solitude
NextOrder in the House – 4 Steps to Serene SurroundingsNext

Why Meditation Matters – Tips from a Magic Monk 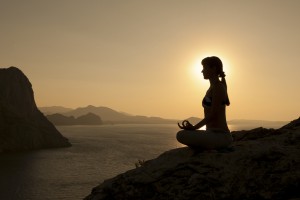 “It doesn’t matter…I’m on the path to enlightenment.”

If you were a fan of the TV series, Seinfeld, you may remember the episode where George Costanza’s Dad, Frank, was trying to manage his blood pressure by not allowing himself to get angry. But despite his best efforts to practice serenity, whenever something triggered him, he would scream, “SERENITY NOW!”

That hilarious episode is memorable probably because it’s so true. Feeling a sense of serenity during a quiet moment of meditation is one thing; having serenity during the noisy challenges of everyday life is quite another.

In fact, it has been my experience that learning to calm the mind through a meditative technique, such as focusing on our breathing, is difficult enough – even when the external conditions are conducive to serenity. Once one leaves that temporary cocoon of quiet and calm, it is remarkable just how fast that sense of serenity can go right out the window at the first sign of a challenge.

Perhaps that’s why the Universe decided to send in the big guns, in terms of teachers, to teach me about meditation when it is NOT quiet.

Now, for the past three years, my ever-so-patient massage therapist and good friend, Andrea, has had to listen to my woes, on pretty much a weekly basis, about my noisy neighbours. First it was the pounding bass from the girl’s stereo – every day for five hours. Now it’s the guy using his beloved band saw in the backyard, outside my office window, and the screaming kids.

Over the years, Andrea (and others) has tried explaining to me that moving is not the answer – because if I don’t learn what I need to learn in this situation, I will only find myself facing the same problem in a new location.

“But they are the ones who are being noisy,” I said. “They’re selfish and disrespectful.”

“So then they’re the ones who should change!” I cried.

“But they are not going to – until you do. That’s how it works.”

“You need to learn how to stop all the drama you’re creating around the noise,” she said.

“The noise itself isn’t the problem, Maryanne. It’s your reaction to the noise…the story you’re telling yourself – like how rude and disrespectful your neighbours are. That may or may not be true – it doesn’t matter. All that matters is that you learn how to deal with the noise so you don’t go insane.”

To this end, Andrea suggested I attend a Buddhist meditation session at the library around the corner from where I live.

That was a year ago. Funny how we put off doing the very thing that will probably help us the most.

But then, last Monday, when the new fall meditation session started, I decided to give it a try. Andrea even made plans to join me, so she could introduce me to the Monk…or so she said. She probably just wanted to make sure I actually went!

For Monday morning is prime-time writing for me…I’m at my most rested and alert to get my work done. Taking 90 minutes to listen to a Buddhist Monk and meditate seemed a bit…well, you know – perhaps not the most effective use of a Monday morning.

Now interestingly, on that same morning I happen to be reading Elisabeth Fayt’s book, Paving it Forward; The Energy of Creating, and came across this mantra:

“My environment is perfect for me.”

“Any challenge that is not received in the right attitude,” Fayt explained, “will need to be re-played in the drama of life until you get it.”

And then wouldn’t you know it but, as if on cue, the landscaping guys working at the condos behind my backyard started up their industrial strength weed-whackers. They usually show up on Friday mornings to annoy me.

So I calmly put on my runners and walked around the corner to meet my Monk. After Andrea introduced us, we took our seats.

“Oh and by the way,” she whispered, “he has this amazing ability of picking up on the energy of the individuals in the group. It’s like he can somehow tell what people are struggling with on any given day – and then tweaks his comments accordingly.”

Hmmm, I thought to myself, a magic Monk.

“Happiness is a state of mind,” the Monk began. “When our minds are calm, we are at peace. So what we will be learning in the coming weeks is how to use the tool of meditation to train our minds to be calm, so that when things anger or irritate us, we can always guide our minds back to that calm state.”

Bring it on, Brother!

“The problem,” he said, “is that we tend to get attached to the feelings we assign to whatever it is that’s bothering us. We often allow our happiness to depend on what is happening around us.”

Then, I kid you not – a jackhammer starts up outside the library window.

Wow…this guy is good! At first, the Monk didn’t even acknowledge the noise. He just kept on talking about how easy it is to get wrapped up in our negative feelings towards whatever it is we may be dealing with.

“For example,” he then says, with a smile, “let’s say there is a…distracting noise that really irritates you. How do you deal with that?”

I turned and looked at Andrea, my mouth hanging open.

“You ignore it,” the Monk said, answering his own question.

I looked back at him, incredulous. IGNORE IT?! How the heck do you ignore a jackhammer outside the window when you’re trying to learn meditation?

“The person operating that jackhammer,” he said, “is just doing their job. You could go out and bonk them on the head to make them stop. But that’s perhaps not the best course of action for all concerned. Plus it’s a rather negative thought that isn’t going to serve you…or change the outcome.”

I thought back to the times I’d fantasized about shoving my neighbour’s band saw – or stereo – where the sun don’t shine 🙁 Oops. That could possibly be construed as a rather negative thought…but it sure felt good at the time!

“No matter what you are dealing with,” the Monk continued, “just remember that it is all part of what you are here to learn.”

The Monk looked around the room and smiled kindly. “So just say to yourself: it doesn’t matter…I’m on the path to enlightenment.”

I smiled back. Message received.

Then we did some breathing meditations where we focused on breathing in and out, in and out. He advised us to just ignore everything else that was happening around us, such as noises and movement, and in us – such as thoughts. Whenever our mind began to wander, we were to just gently bring our focus back to our breathing.

The Monk explained that meditation is simply a tool used to train the mind to be calm, so that when the inevitable stresses, challenges and irritations of every day life happen, our minds will eventually automatically default to that calm state – instead of reacting with thoughts, feelings and all the damn drama.

Mastering meditation obviously isn’t going to happen overnight – or the next decade for that matter. But I am already astounded at the difference in the quality of my day when I choose to walk away, or put in earplugs, whenever an annoying noise starts up around me – instead of allowing it to trigger negative thoughts that lead to feelings of anger and frustration.

In the bigger picture, the ever-unfolding saga next door is brilliant writing material! As such, I’m saving the drama in my head for the page – and have started writing a hilarious play about the situation, aptly titled, The Neighbours.

And speaking of the bigger picture, since we are supposed to learn to love thy neighbour, maybe that’s why we don’t always get the neighbours that are easy to love. Thankfully, I’ve been blessed to mostly have that kind. But perhaps the real test is to learn to love the not-so-loveable neighbours? Now that’s a worthy challenge.

Because the hate I have felt for my noisy neighbours is no different than the hate that people at war in all corners of the globe have for each other – and kill each other for.

Peace is peace…and if we can’t find it in own hearts and minds then we will never be able to achieve it on the world stage. I learned that in this week’s meditation session.

He is a magic Monk 🙂

Maryanne Pope is the CEO of Pink Gazelle Productions and Chair of the John Petropoulos Memorial Fund. She is the author of A Widow’s Awakening and the playwright of Saviour. If you would like to receive Maryanne’s weekly blog, please sign up here.

PrevPreviousSweet Solitude
NextOrder in the House – 4 Steps to Serene SurroundingsNext

11 thoughts on “Why Meditation Matters – Tips from a Magic Monk”