Taking the Stage Wearing Nothing but a Trench Coat & Undies 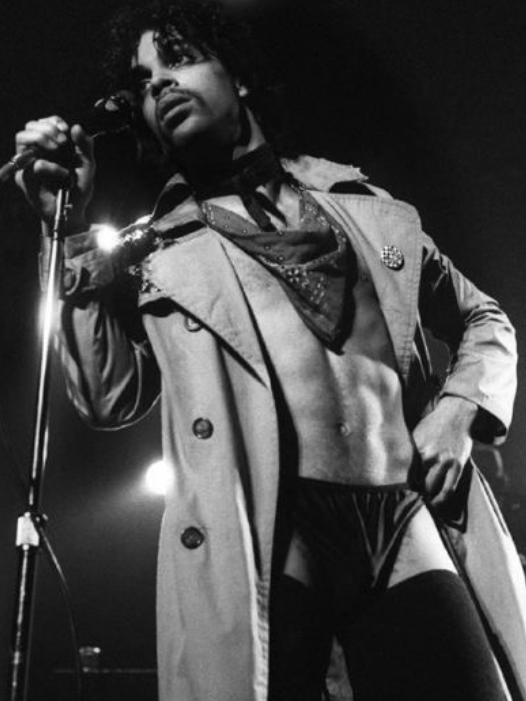 “You’re meant to respect, nurture, and strut your youness as unapologetically as Prince strutted his.”

Whether you were a Prince fan or not, you gotta admit the guy had…courage.

Here is a hilarious passage about Prince from Jen Sincero’s brilliant book, “You Are a Badass at Making Money; Master the Mindset of Wealth,”:

“Way back in the early 1980’s, Prince, who was not a huge somebody at the time, was invited to warm up for the Rolling Stones, who were extremely huge somebodies at the time. It was a big break for him and I imagine he was superexcited about it, but when he took to the stage wearing nothing but a trench coat and tight black bikini undies, he got booed. Like real loudly. And a lot. A lot, as in they didn’t stop booing until he left the stage. Also, they threw stuff at him. And called him names.

At the Rolling Stones’ next show Prince once again pranced out in his skivvies and was received with the same verbose lack of enthusiasm by the Stones’ fans. Only this time – as he left the stage amid a sea of boos and snickers – he made a decision. He did not decide at that moment, as many people would have, that perhaps he should spend the following afternoon shopping for pants. Prince instead decided, ‘Screw these idiots, this ain’t who I am or what I’m about.’ Prince decided that instead of conforming to what everyone else expected of him and trying to win over people who didn’t appreciate who he was, that he would never, ever, be anyone’s warm-up act again. Not even the freaking Rolling Stones.

All I can say is there were some monster cojones tucked into those little black panties of his.”

After reading that passage, I roared with laughter. So did the friend I was with, when I read it out loud to her.

“You’re meant to respect, nurture, and strut your youness as unapologetically as Prince strutted his,” continues Sincero. “The more in tune and in love with you are with your awesome self, the less crap you will give about what any nonfans of yours think.”

We don’t have to be famous to have nonfans. But famous or not, we do have to become our own number one fan. Click To Tweet

When it comes to succeeding at making our dreams a reality, Sincero maintains that what matters most is: “Who you are being: how you’re thinking, speaking, believing, imagining, stretching, perceiving your world – all of which affect how you act.”

“When you love and connect with your highest self,” she continues, “you’ll discover that your insecurities about sucking at your job or your fears about your money running out or your anger about the tomato that just hit you in the face while on stage – none of that is who you are. That gnarliness is just where you’re at.”

And if you are not particularly pleased with where you’re at (financially or otherwise), “Your job isn’t to rid your life of uncomfortable moments or prickly challenges or hard, long looks in the mirror,” writes Sincero. 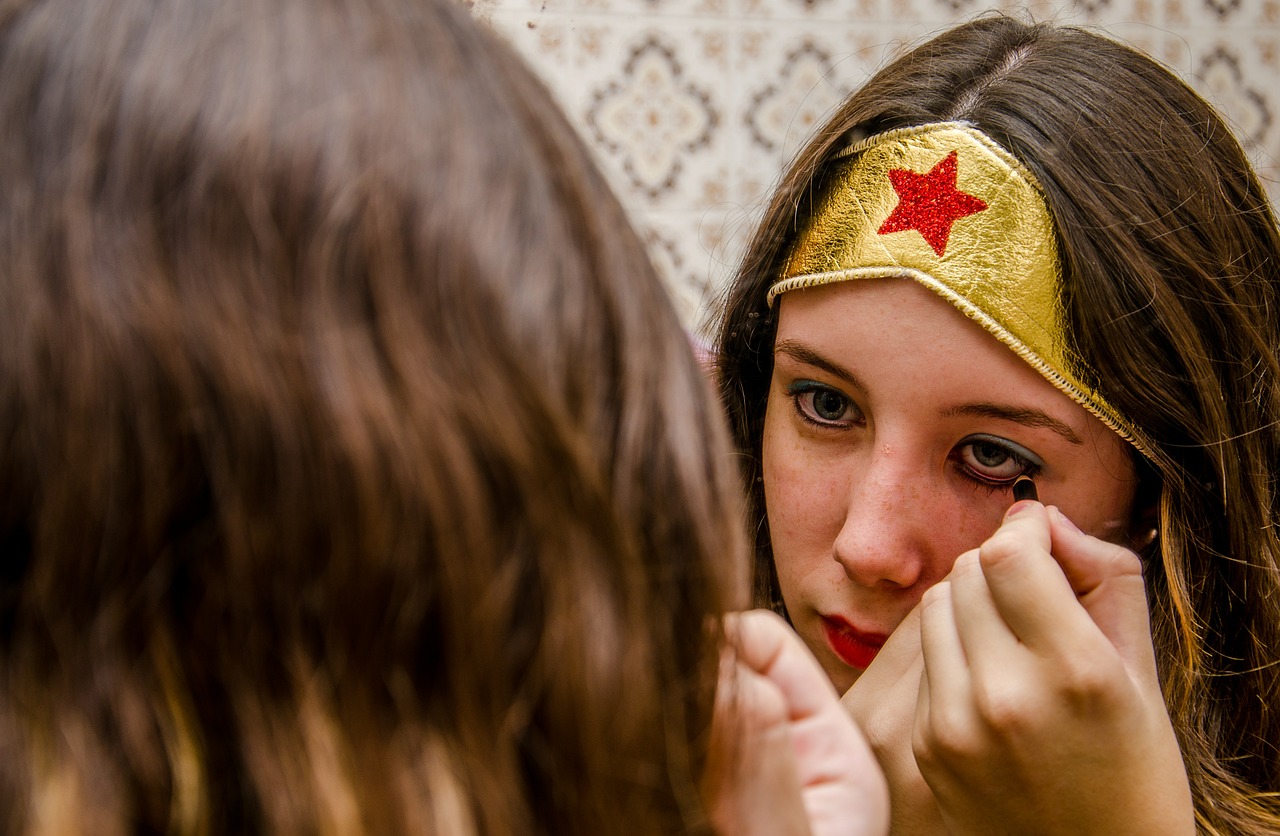 “Your job is to master the art of responding, aka being response-able for, and aware of, your thoughts and actions,” she says. “Your job is to short-circuit your knee-jerk instinct to react, which will keep you playing out the same tired and low-frequency patterns.”

In other words…only you have the key to changing what may need to change in your life.

It truly does seem to be our inner game – our thoughts, feelings, beliefs, desires & fears – that drives our actions and decisions...which is how our outer lives unfold in the direction they do. Click To Tweet

If you are on the lookout for some kick-in-the-pants badassery holiday reading, I highly recommend both Jen Sincero’s Badass books:

“You Are a Badass; How to Stop Doubting Your Greatness and Start Living An Awesome Life”

“You Are a Badass at Making Money; Master the Mindset of Wealth.”

Sincero is one of the funniest, insightful and inspiring authors I have ever read. 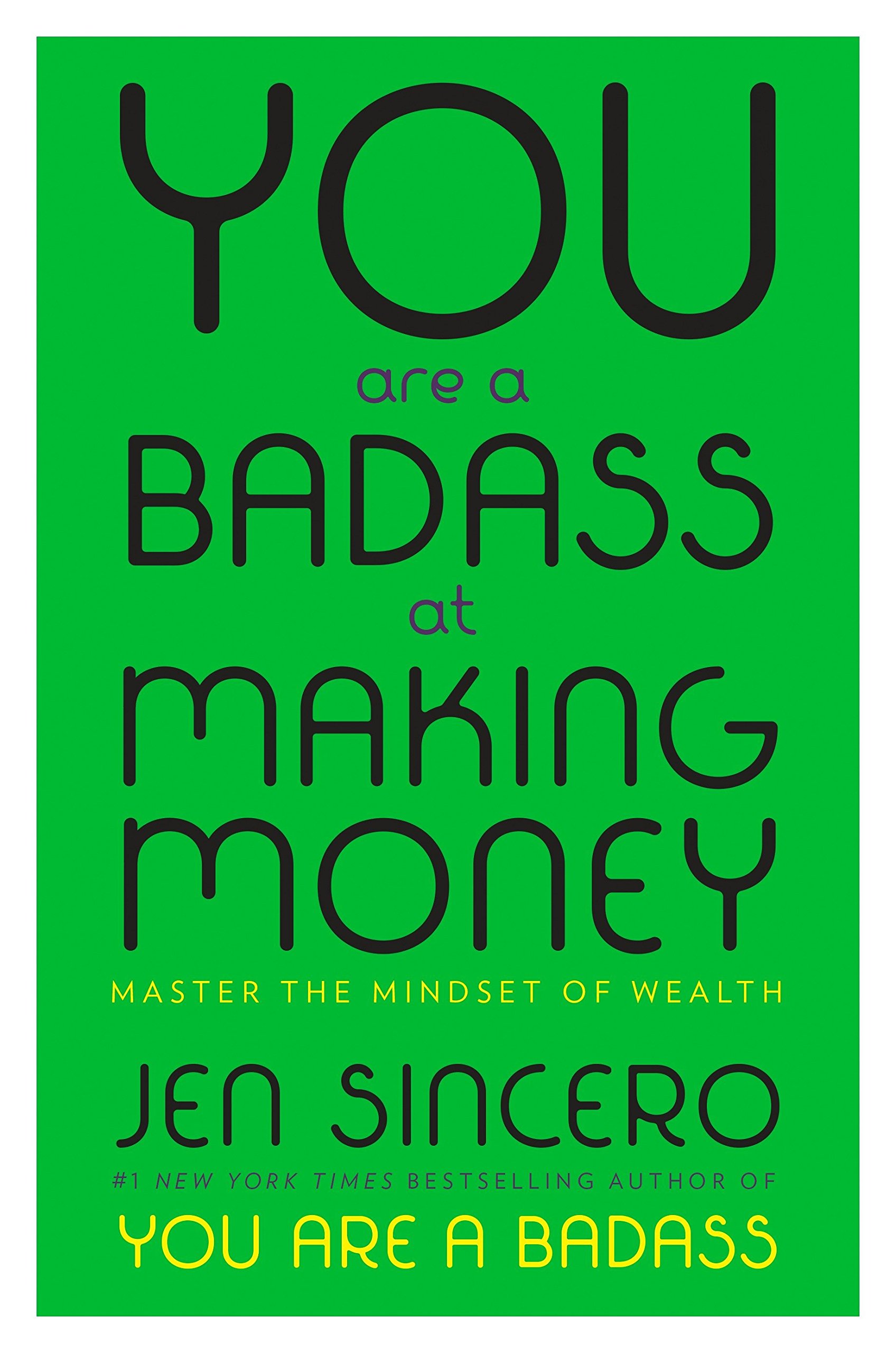