Not Guilty – What Might Your Subconscious Mind Be Trying to Tell You?

“The human capacity for guilt is such that people can always find ways to blame themselves.”

Survivor’s guilt, as you may know, is a mental condition that occurs when a person believes they have done something wrong by surviving a traumatic or tragic event when others did not.

This, of course, is both irrational and ridiculous. Unfortunately, however, it is also very real for many people. Also unfortunate is the simple fact that most people are not aware they have this guilt. Why? Because it has gone underground…buried deep within the subconscious mind.

Four years after my husband John’s death, I had an unsettling but telling dream.

In my dream, he had survived his fall but had been left with serious brain injuries and was in a vegetative state; alive but not able to communicate or care for himself. In the dream, I was pushing him in his wheelchair along the hard-packed sand of a beautiful beach. Then I turned his wheelchair towards the water…and pushed it right into the water.

I continued pushing the wheelchair until the water reached his chest. Then I walked around the wheelchair and gently pulled him out of the chair towards me. I lay back in the water, holding his body to mine, and stared into his vacant eyes as we both slowly drowned.

Then I woke up.

Thankfully, I happened to be on vacation with my mom at the time, so I told her about the dream. “I can’t believe how real it was,” I said.

“Ahh,” she said. “That’s because that is what it would have been like if he had survived in real life. You both would have drowned. Caring for a severely brain-injured husband would’ve been your life.”

“But I would’ve cared for him!” I cried. “I was totally prepared to do that.”

“Oh, I know you would’ve,” she said. “We all know that…which is why it’s a blessing he didn’t survive.”

She shook her head. “You were spared from an extremely difficult life, Maryanne.”

“But you feel guilty about that, don’t you?”

“You need to let that guilt go.”

My mom thought a moment then said: “Maybe the purpose of your dream was so that you could feel…actually experience…what that alternate ending would have really been like? Maybe deep down, you still think it would have been better if John had lived? More…fair, perhaps?”

For four years, I had been holding on to a powerful, albeit faulty, belief in my subconscious mind. Click To Tweet

And that belief was this: if I truly loved John, as much as I said I did, then I should have wanted him to live…regardless of the extent of his injuries or quality of life.

Although I missed him, I had forged a brave new life. I was happy and fulfilled…on my own.

And so, I admitted to myself an uncomfortable truth: I was thankful he didn’t survive his injuries. I was grateful…blessed…that I didn’t have to care for him for the rest of our lives. Deep in my heart, I know I would have. But I’m awfully glad that wasn’t our destiny.

When I could finally be honest with myself about the deeply-rooted belief—that I didn’t truly love him because I was thankful I didn’t have to care for him—then I was able to let it go.

And when I let go of the belief that was no longer serving me (and was likely holding me back like an anchor in my soul), then I could also release the emotion attached to/driving that belief: guilt. 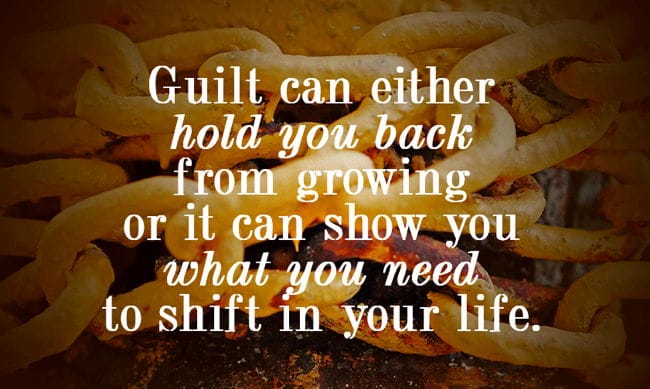 It may not be Survivor’s Guilt, per se…but guilt is guilt. Sometimes we feel guilty for things that have absolutely nothing to do with us. But when we are willing to take a good hard look at our actions and/or habits, we just might be surprised to find good old guilt is running the show.

6 thoughts on “Not Guilty”