The Gratitude Garden – Sometimes it Takes Noise to Appreciate Silence 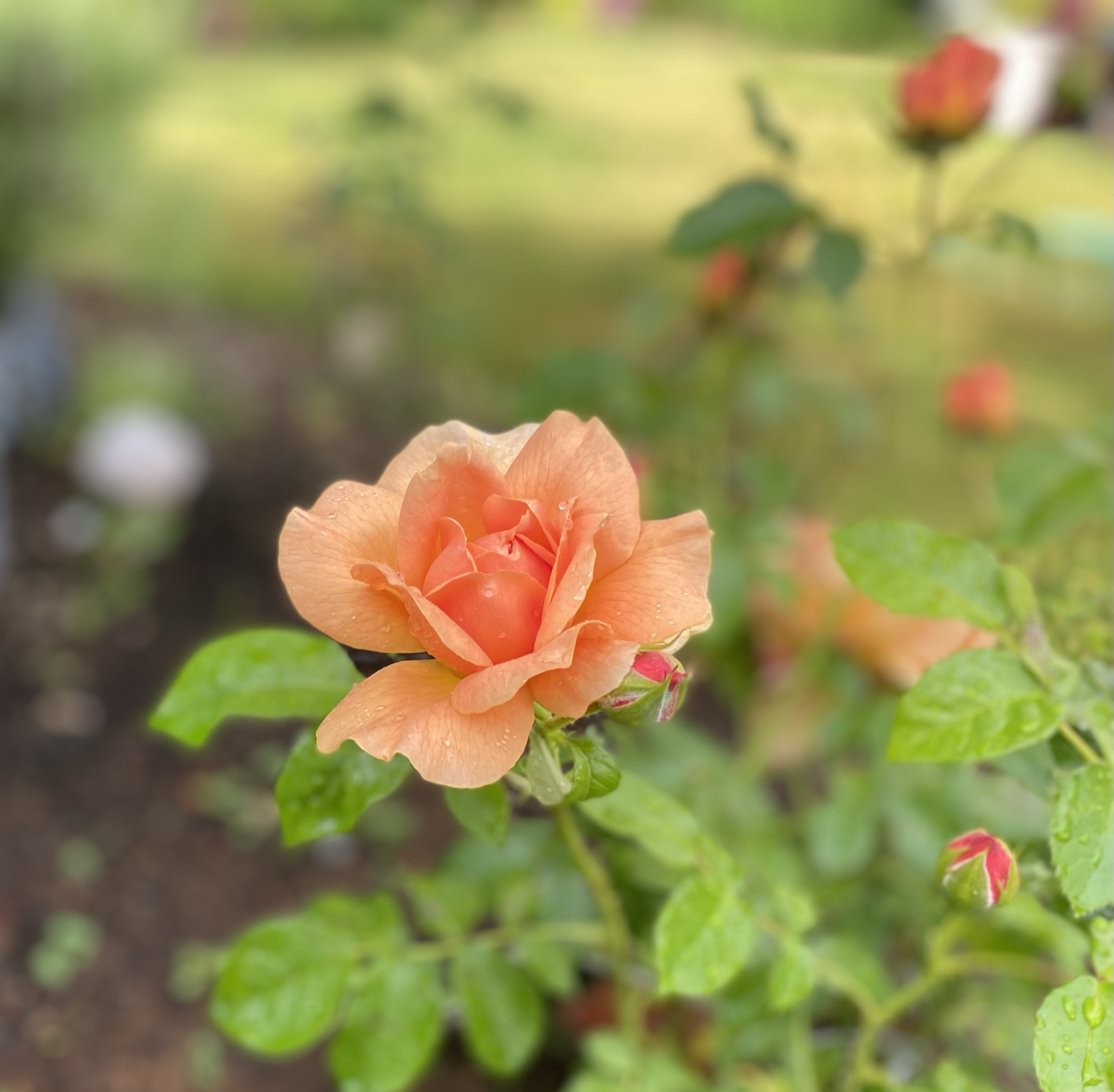 “Sometimes it takes sadness to know happiness, noise to appreciate silence, and absence to value presence.”

Have I mentioned lately how incredibly grateful I am to have a quiet garden to putter in?

If you are a reader who is familiar with my noisy neighbours in Sidney, feel free to skip this back-story and go straight to the end of this blog to view the little video I whipped up – with photos of my garden.

For those readers not familiar with my noisy neighbour history, here’s a quick bit of backstory:

In 2010, after finally leaving my hometown of Calgary (ten years after my husband, John, died) to pursue my dream of becoming a “writer by the sea,” I ended up buying a sweet little bungalow in a town by the name of “Sidney by the Sea” on southern Vancouver Island.

Sounds idyllic, right? As if all the stars had perfectly aligned after I mustered up the courage to leave a chapter of my life that had closed, so that I could move on to the next chapter…the dream one where I would write in the mornings and take breaks to putter in my pretty little garden, then go for a walk on the beach, then do some more writing…

Perhaps you can hear the birds chirping…or the waves gently lapping against the shore?

What I actually heard – starting the day after I moved into my sweet little bungalow – was the BOOM, BOOM, BOOM of the base from the stereo next door.

That thumping base became the soundtrack to my life for the next four years.

As perhaps you can imagine, BOOM, BOOM, BOOM for eight hours a day is not particularly conducive for writing. Trying to putter in my garden left me a nervous wreck.

For not only was my neighbour’s stereo my constant companion, so, too, were their screaming children, barking dog, relentless bandsaw…and every other form of power tool you could possibly imagine (and some you probably can’t).

The only piece of power equipment they didn’t own, oddly enough, was a lawnmower. So when they did get around to mowing their lawn (once or twice a year), they used a weedwhacker.

As a highly sensitive person who needs plenty of peace and quiet – in which to create and recoup – I was a frazzled mess, more often than not. Click To Tweet

So perhaps you’re asking, why did I stay for four years? I didn’t. I stayed for SEVEN years.

Why? Because I already had moved on, damn it! I’d got the old “nudge from the Universe” to leave Calgary. Surely, I wasn’t supposed to move again? That doesn’t make sense!

In hindsight, it was shortly after I moved to Sidney by the Sea that I must have stopped listening to that little voice inside me who would whisper, “Why stay here? You’re not happy, Maryanne. You are anxious, stressed, and frustrated. THIS is not your dream life, either. Sure, now you live near an okay beach…but as a writer, you need quiet, peaceful surroundings.”

Maybe it was relentless boom of the base and buzz of the bandsaw that muffled that little voice?

At any rate, not only did I stop listening to my soul, I did something even dumber: I started to listening to the people who said things like, “You better not move. What if you do…and you get even noisier neighbours?!”

Or: “You can’t run away from your karma. You have to learn how to transcend the noise.”

And so I stayed, stupidly…stuck in Sidney, terrified to leave. What if the naysayers were right? What if I sold my home (at a loss, yet!) and moved somewhere that was even noisier? What if I was, spiritually speaking, supposed to be learning how to accept the noise, versus running away from it?

Then I did an even dumber thing: I started lying to myself…right around year four, when one half of the world’s loudest couple moved out (the base-loving girl) but the other half stayed (the power tool loving guy). He kept the kids. The dog had mysteriously disappeared by this point (perhaps eaten by the boa constrictors in their shed…forgot to mention that side business).

I told myself I had weathered the neighbour madness this long, why leave now? Maybe with Loud Girl gone, things would be better? Sure, the traffic on my street seemed to be increasing a bit. Okay, a lot. Okay, fine…it had morphed into the small town equivalent of a freeway.

Our little town was growing, and my street had become some sort of high-speed shortcut for every truck within a ten-mile radius. Every time a trailer hit the bump in the road – in front of my house – my nerves would jangle and jump.

Meanwhile, the power tool orchestra in the back yard next door had grown to include nail guns and power washers.

And yet, by year five, I was oddly resigned to my noisy surroundings and had slipped into settling for an okay life (sure I was on edge most of the time – but at least I lived near the ocean!), which is when the Universe decided to crank up the “it’s time to move on” nudge to a big fat push.

They sent in the rats.

Oddly enough, I still stayed another two years. Until the day came when opportunity knocked (literally) at my door. It was a realtor. Long story short…my neighbour (yes, the dreadful one) and I sold our homes, together, to a developer. Oh, the irony!

I took my money and ran…literally. I put my belongings in storage and lived the gypsy life with my retriever, Sadie, for the next eighteen months, including going on an epic three-month road trip through the Western states. That had always been a dream of mine. The timing was perfect.

And then, a couple of years ago, I found my dream home – a few hours up island – in my dream town, within biking distance of my dream beach.

My neighbours are extremely quiet.

In fact, the “writer by the sea” life I am living now far exceeds the version I ever dreamed for myself. I had no idea a huge sandy beach (with warm water to swim in) even existed on Vancouver Island!

I can’t turn back the clock. But if I could, I would have sold my home in Sidney the year after I bought it. But maybe, just maybe, those seven years were necessary training ground…so that I could fully appreciate and savour the life I have now, including puttering in my oh-so-quiet, beautiful garden? 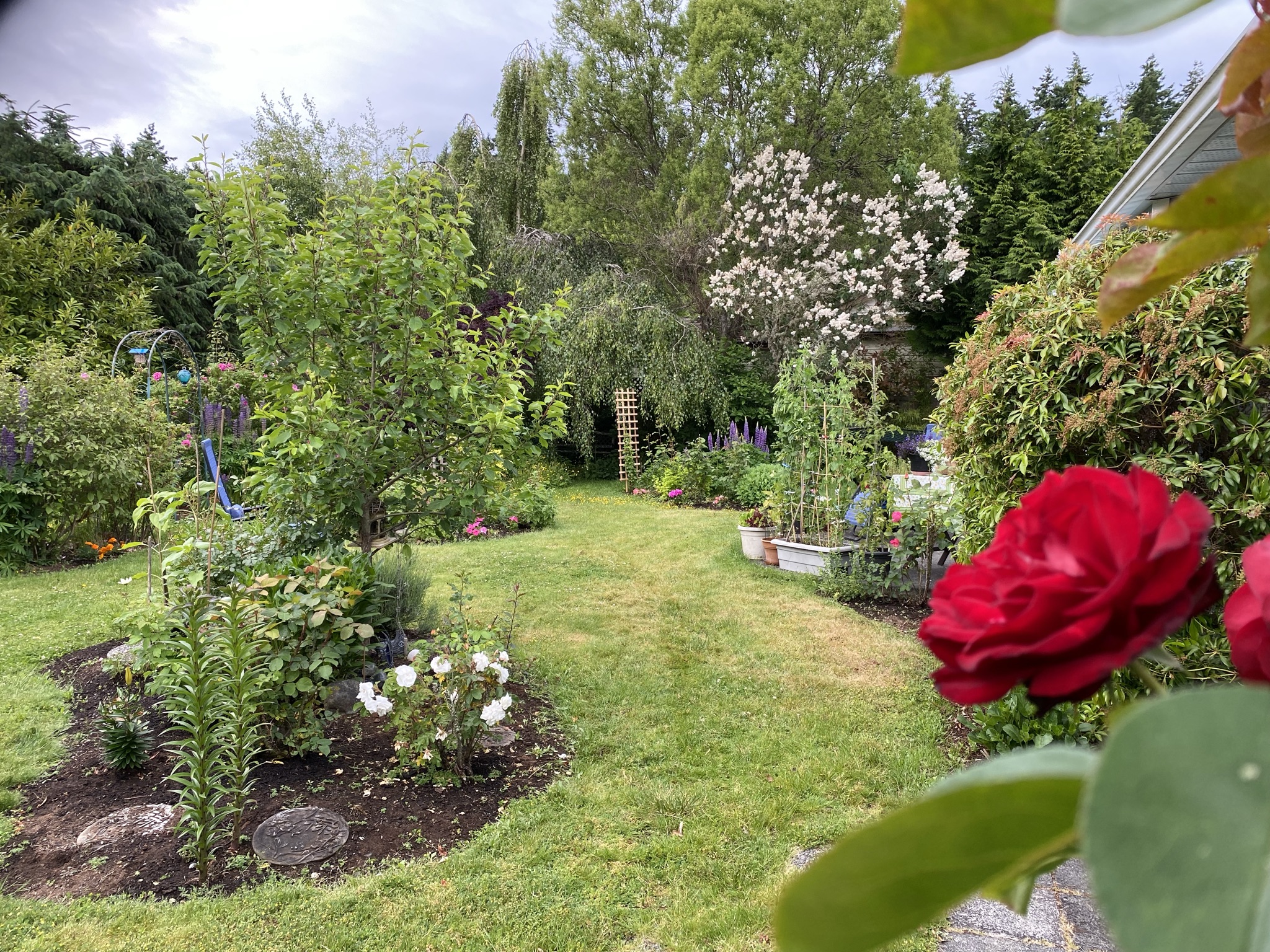 If I hadn’t experienced the polar opposite of serenity for so long, maybe it wouldn’t be quite as sweet as it is now? Click To Tweet

Plus, as a writer, I get to share my experiences – and the lessons learned – with people, so that perhaps they can make a course correction far sooner than I did.

If you are feeling stuck in a situation and strongly suspect it is time to move on, pay attention to that. Click To Tweet

Fear of the unknown – the next chapter – can be a powerful force that holds us in circumstances that are no longer healthy for us. But time again, the Universe has proven to me that sometimes the difficult times are meant to show us the way forward to wherever it is we need to go next…to be happy again.

It is often our choice as to how long we stay in those difficult times. 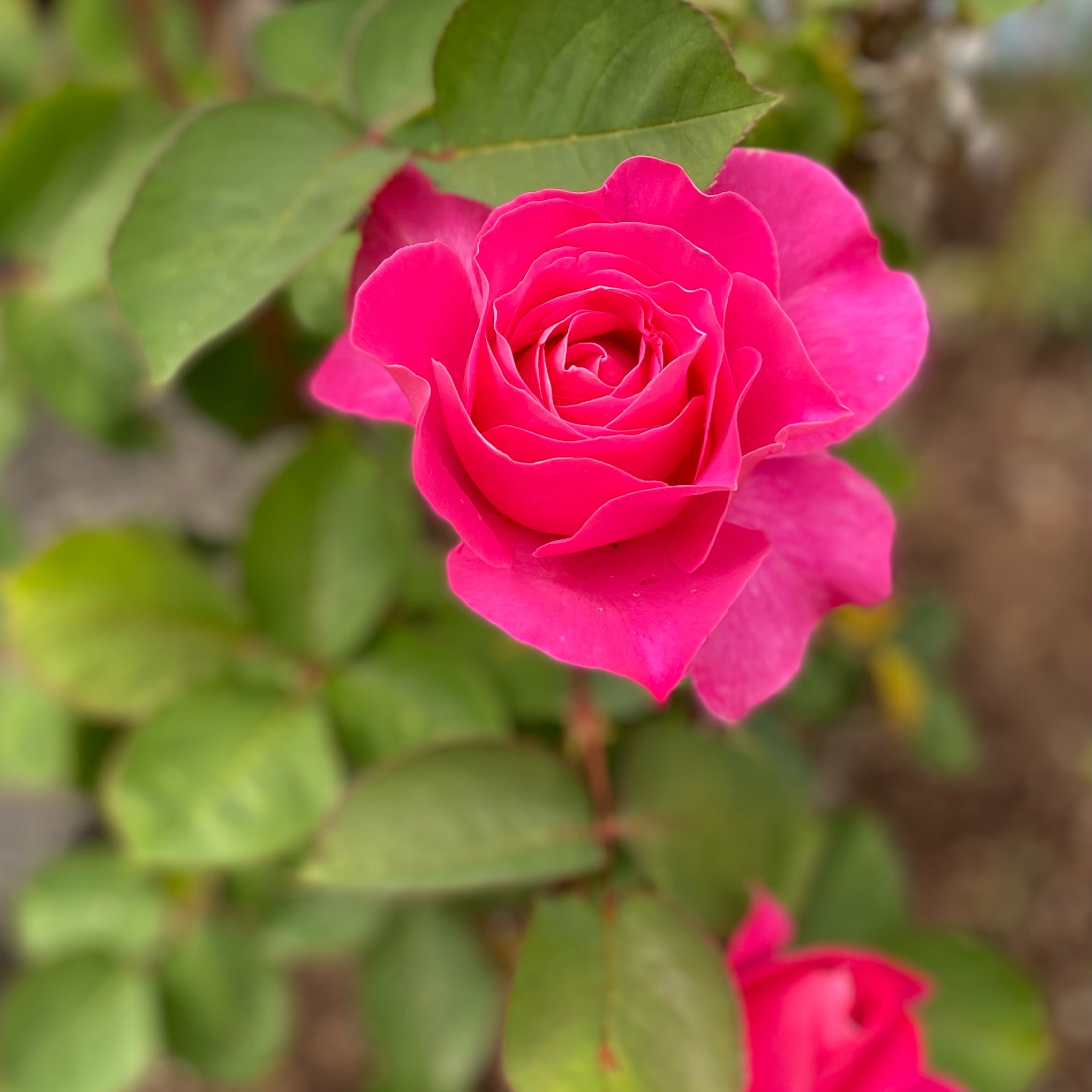 Here is a short video (2 min) I whipped up with a few snaps of my pretty little gratitude garden in Qualicum Beach. Enjoy!

6 thoughts on “The Gratitude Garden”