What Are We Doing Here? Destiny & Divine Plan

This is the fifth blog in the Life After Loss series:

What Are We Doing Here? A Discussion of Destiny, Fate & Divine Plan 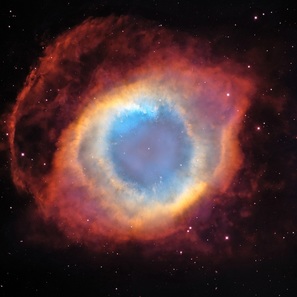 “Our authentic calling, our true work in this world, becomes an outgrowth of our lives. Our work can transform and transcend whatever traumas we survive, turning them into something useful for ourselves and, we hope, for others.”

According to Merriam-Webster Dictionary, both destiny and fate mean “a predetermined state or end.”

Fate implies an inevitable and usually adverse outcome. Whereas destiny implies something foreordained and often suggests a great or noble course or end. Click To Tweet

In other words, both fate and destiny infer that some sort of predetermination exits.

As for who or what or where that predetermined outcome originated from? Well, I suspect that answer depends on whatever belief system you happen to be most aligned with.

Regardless of what you believe and/or have personally experienced in life, the idea that our souls are here on earth to fulfill some sort of purpose can be either reassuring (especially if we feel we’re on the “right” track) or unsettling (if we are feeling rather lost and off-track).

Or, if we are of the belief that this whole exercise is just one big chaotic crapshoot that is simply unfolding at random, then although we may not believe in any sort of predetermined plan or individual purpose, that doesn’t necessarily mean our lives don’t have meaning. Rather, our lives may have the meaning we assign to them – versus some larger force.

However, just as I discovered with exploring the possibility of life after death, it wasn’t until after I lost someone very dear to me that I suddenly became VERY interested in whether or not he still existed, in some capacity, after the death of his body.

I suspect it’s the same with destiny, fate and the possibility of our souls having some sort of higher purpose for being here: we may not really think too much about it, until we are forced to…until it really matters.

In my experience, life after a significant loss is when life’s big questions come bubbling to the surface. Click To Tweet

I think this is partly because searching for, and perhaps finding, a higher meaning in the wake of a tragedy helps make whatever anguish we may be experiencing a bit more…palatable.

Do you believe in the idea that a “Divine Plan” exists for each of us?

God knows (sorry for the pun) I heard that whispered in my ear enough times in the days and weeks following John’s death. And quite frankly, that particular platitude offered me little in the way of solace. Instead, I was tempted to wind up and punch the person in the nose.

Because I found it presumptuous that people would tell me that John’s sudden – and easily preventable – death was part of some greater plan schemed up by a God who may or may not even exist…and as such, I best accept it.

To me, the concept reeked of apathy, especially when I realized that this “Divine Plan” is not something any of us mere mortals get to know. Rather, it’s supposed to be enough that a plan exists, so no further questions necessary.

But what is the point of God having some grand plan if no one knows what it IS?

I guess that’s where faith come in.

However, perhaps because I had so many people telling me that God had a plan for me and John, I began to think they may be right. So what did I do? Why, I tried to figure out The Plan – or at least, our tiny parts of it.

I didn’t meet with much success 🙂

But now that nearly 17 years have passed since John’s death, I have the liberty of seeing things far more objectively than I did in those early days. And I cannot deny the possibility that there could be some sort of plan at work. Or maybe it’s just the way I choose to frame the situation?

Here are a few facts to our story:

1.) John and I used to argue about my procrastination as a writer. I had read Virginia Woolf’s book, A Room of One’s Own, multiple times. Woolf maintained that in order for women to write fiction well, they needed a room of their own and a secure income. John thought that was ridiculous. He figured motivation and me sitting down to actually do some writing was far more important.

2.) The day before John died, we had one last argument about me not writing and I told him how scared I was of waking up 20 years later and still not have finished writing a book. He looked at me and said, “You’re probably right about that…just as long as you know that will have been your choice.”

3.) Because John died in the line of duty and we had mortgage insurance, I was entitled to receive exactly what Virginia Woolf had proposed: a secure income for the rest of my life and an entire house – paid off in full at 32 – in which to write.

4.) Two weeks later, I started writing what would become my book, A Widow’s Awakening. It was published 8 years later…well under the 20-year time limit 🙁

5.) A few years after his death, for some unknown reason, I took a playwriting course. My very first play script was entitled, “Saviour,” and it’s about John dying of his brain injury – with none other than Virginia Woolf as his spirit guide.

And then there’s the workplace safety initiatives of the John Petropoulos Memorial Fund. If John hadn’t died as the result of a preventable fall at an unsafe workplace, the JPMF wouldn’t exist – and I certainly wouldn’t be an advocate for safety.

So DO I believe in destiny, fate and/or some sort of Divine Plan?

I believe there are far larger forces at play in our lives and our job is to get up each and every day and do our very best at whatever is in front of us…and everything else just seems to fall into place. Eventually. Click To Tweet

I would love to hear your thoughts on fate, destiny and/or a Divine Plan. Do you think your soul is here to fulfill a certain destiny?

Maryanne Pope is the author of A Widow’s Awakening. Maryanne is CEO of Pink Gazelle Productions and Chair of the John Petropoulos Memorial Fund. If you would like to receive her weekly blog, please sign up here.

2 thoughts on “What Are We Doing Here? Destiny & Divine Plan”