Awakening the Soul – Loss as a Wake-Up Call

This is the first blog in the Life After Loss blog series:

Awakening the Soul – Loss as a Wake-Up Call 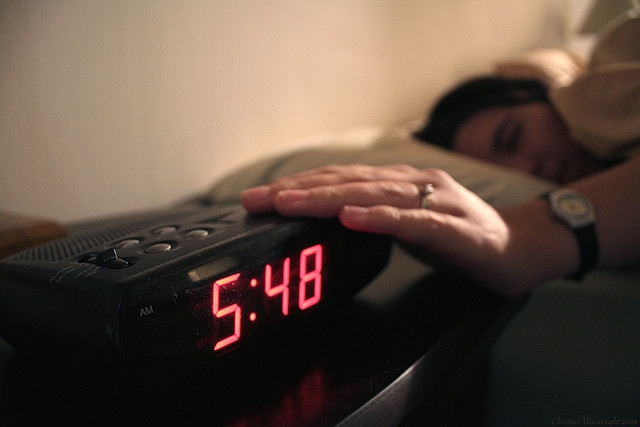 “Spirituality means waking up. Most people, even though they don’t know it, are asleep.”

– Anthony de Mello, Awareness; the Perils and Opportunities of Reality

On the afternoon of Thursday September 28th, 2000, I had an argument with my husband, John, a police officer, about my habit of procrastinating on my writing.

We were at the dog park and I said to him, “I am so scared I am going to wake up twenty years from now and still not having finished writing a book.”

John turned to me and said, “You’re probably right about that…just as long as you know that will have been your choice.”

But by that point, we’d been together twelve years…that’s a long time to listen to someone talk about their dream of becoming a writer – yet doing very little in the way of actual writing.

After the dog park, we went home and John had a nap before going in to work for 9pm. Before going to bed, I promised myself, again, that I would wake up early the next morning and do an hour of writing before going into my regular job at 7am. In those days, I worked as a civilian for the same police service John did. I was a report processor and took incident reports from officers over the phone.

But when my alarm clock went off at 5:00am the next morning, I reached over and pushed the snooze button. I don’t want to wake up. I don’t feel like writing. I don’t want to go back to my job either. Why do I have to type police reports for a living?

Ten minutes later, the alarm went off again. I pushed snooze. I don’t want to get up. I can’t write today. I’m too tired.

Ten minutes later, the alarm went off; snooze was hit. I am SO anxious! I don’t like my job. I don’t want to go back there.

And nor would I. For during that exact same time-frame of me pushing snooze, John was lying on the lunchroom floor of a warehouse, dying of a brain injury. He had responded to a break and enter complaint at a warehouse and was searching the mezzanine level for an intruder, when he stepped through an unmarked false ceiling and fell nine feet into the lunchroom below. There had been no safety railing in place to warn him – or anyone else – of the danger.

The complaint turned out to be a false alarm; there was no intruder in the building. My wake-up call, however, was devastatingly real.

My soul had been awakened to a new reality. I was a thirty-two-year old widow entitled to receive my husband’s paycheque for the rest of my life. As a wanna-be writer, this was a dream come true. As a woman in love, it was a nightmare from which I could not awake.

Death took my soul-mate; life got my attention.

Two weeks later, I started writing what would become my book, A Widow’s Awakening. It took me 8 years, a dozen rewrites and an ocean of tears to get it (and me) where it needed to be for publication. But I did it. And quite frankly, the process of writing the damn thing probably not only saved me, it showed me the path out of grief.

John’s sudden and easily preventable death made me realize just how precious life is – and how fast it can end. We may think we have all the time in the world to do what we are here to do…but we might not.

Losing John just about killed me. There were days I wished it would. But it didn’t. In fact, his death gave me a beautiful new life – just not the one I’d planned on. And yet, right from the moment I was first told about his fall, along with the hurt, shock and fear, there was also a powerful sense of inevitability about all that was unfolding…as if a tiny voice inside me whispered, “And away we go.”

“Your soul knows the geography of your destiny.”

Thankfully, loss isn’t the only way to awaken one’s soul to the reality that our time here is finite, so we’d best be making the most of our lives – but it is certainly an effective one. Or rather, it can be.

For at the end of the day (or a life, a relationship, a career, a dream), choosing how to move forward after a loss is always a choice.

Here is the link to subscribe to receive the Life After Loss blogs.