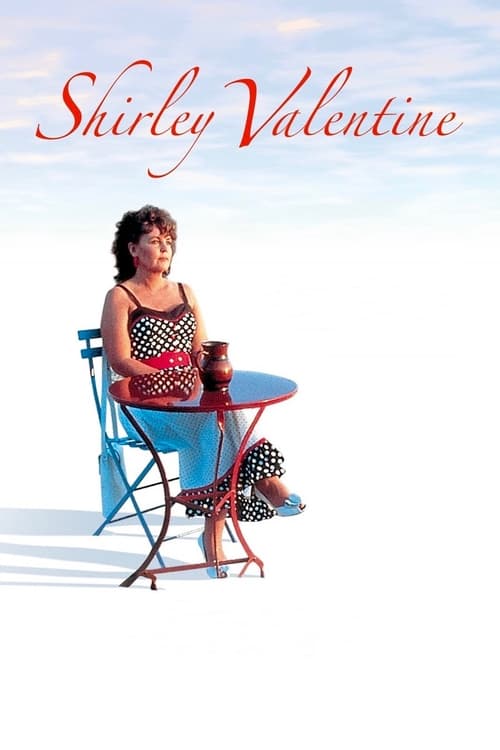 “We shall not cease from explorationAnd the end of all our exploringWill be to arrive where we startedAnd know the place for the first time.”

There is a real danger of settling for a life of resigned acceptance versus passionate purpose.

In anticipation of an upcoming trip to Greece a few years ago, my niece, Emily, and I watched a few films that featured Greece or Greeks in them, such as My Big Fat Greek Wedding and My Life in Ruins (which is why we went to Delphi!) and Mama Mia!

I also just watched Shirley Valentine, the 1989 film that was based on a one-woman play. I’d seen the movie years before but thoroughly enjoyed seeing it again.

Shirley Valentine is a bored Liverpool housewife who talks to the wall while making dinner for her grouchy, emotionally distant and getting-old-before-his-time husband. Their children have grown up and left home and the empty nest has left Shirley feeling depressed, lost and purposeless.

All she does is shop, cook and complain.

She can't even dream of making a change because she's forgotten what her dreams even are. Click To Tweet

Yet when her friend wins a trip to Greece, she shocks herself and agrees to tag along – but doesn’t tell her husband because she knows he will object. He’s just as bored, stuck and stale as she is.

In Greece, however, Shirley begins to come alive again. She has a brief love affair but that turns out to be more of a catalyst for change than a cure for loneliness. She quickly realizes the person she is looking for isn’t a lover; she’s looking for herself.

And when the time comes for her to return to England, she doesn’t go. Instead, she gets a job at the restaurant (owned by the man she had an affair with) and begins the process of becoming the person she used to be, before all the responsibilities of life – and the demands of other people – turned her into someone she doesn’t recognize…nor like.

Shirley’s husband, on the other hand, is livid that a) she refuses to come home and b) she had an affair.

But over the phone, Shirley says to him: “I am having an affair with myself. I have fallen in love with life again and I am not coming home.”

And she doesn’t. Instead, her husband goes to Greece to see her. But when he gets there, he walks right by Shirley because he doesn’t even recognize the woman she has become. And then the two of them sit down and finally begin to talk…I mean, really communicate versus just exchanging not-so-pleasant pleasantries about the mundane details of their daily lives.

It’s an excellent film and although I watched it because of the Greece connection, the message I took from it had little to do with Greece and everything to do with finding one’s self – or creating a new one, if need be. For it doesn’t matter where that happens; what matters is that it does happen…before it’s too late and one settles for a life of resigned acceptance versus passionate purpose.

3 thoughts on “Searching for Shirley Valentine”