Back Off Baby – Boundaries

PrevPreviousCoincidence or Connection – How Grief Awakens…
NextThe Wisdom of The WidowsNext

Back Off Baby – You Just Crossed My Boundary 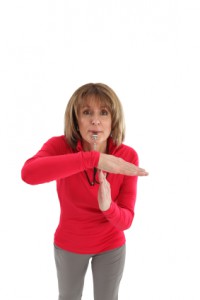 In early October, I took a rather enlightening course at Royal Roads University entitled, Boundaries – Learn to Say No to Others and Yes to Yourself.

When the two instructors teaching the course, Shannon Beauchamp and Valerie Watt, asked the class what people actually thought boundaries were, the answer “a line in sand” came up several times. But a line in the sand, the instructors reminded us, is easily erased – our boundaries shouldn’t be. 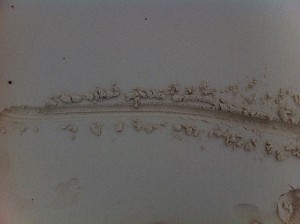 Yes, our boundaries will shift and change over time but if they are washed away with every tide – e.g. each time we get asked to do something and want to say no but hear ourselves saying yes – then they aren’t going to be of much use.

On the other hand, if our boundaries are carved in stone – if we automatically say no to everything that might infringe on our pre-set boundaries – then we may miss out on some fabulous opportunities.

The instructors then asked the class what makes it so difficult to set boundaries in the first place? Here were some of the answers:

The instructors then addressed the importance of looking at our underlying core beliefs because those are where we’ll begin to discover what drives our decisions to set – or not set – boundaries.

In other words, learning about boundaries isn’t just about learning to say no. If you don’t look at the reasons behind saying no, the same scenarios will keep coming up again and again until you figure it out…rather like the film, Groundhog Day 🙁

It took me awhile to wrap my head around this concept – but I think I have, if for no other than reason than I’d have to be a complete idiot not to have noticed that the same damn situation keeps re-appearing in my life. Different people, different location, different circumstances – but the exact same personality-type!

And that personality type is this: people who want more from me than I have – or want – to give. And the lesson for me, in the Boundaries Curriculum, is this: it’s up to me to let them know what my boundaries are.

And trust me, I’ve been on the other side of this boundary business more often than I care to admit: me wanting more from others than they have to give. As such, I have learned a great deal about boundaries when people have politely but firmly (usually through silence) showed me theirs.

What about when it comes to setting boundaries for ourselves?

About halfway through the class, one gal stuck her hand up and confessed she had no trouble setting boundaries between herself and other people. But when it came to setting boundaries for herself to adhere to, that’s where she ran into trouble.

My ears perked up. As a writer with the propensity to overwork, I know all about the danger of not setting boundaries for myself. It was actually my dog, Soda, who taught me how to set working-from-home boundaries – and stick to them. At 5pm every day, she would come to wherever I was working and start barking for her dinner.

But it wasn’t just a cute little bark. It was a shrill this-is-your-quitting-time-bell-and-time-to-feed-me-NOW bark. And she would not stop barking until I got up, turned off the computer and went into the kitchen.

Even though Soda is gone now, it is a very rare day indeed that I would ever consider working past 5pm. And if do, I can hear her barking in my head!

Then another woman in the class had a confession to make. I will share it because I don’t think she’s alone on this one. She said she was hesitant to put a boundary in place because that might lead to conflict, which terrified her.

“Fair enough,” said one of the instructors. “But conflict can be rather helpful, as it teaches you whether a relationship is worth it or not.”

Uncomfortable as it is, conflict does have much to teach us…as I would soon learn.

Here’s another gem of wisdom from the Boundary Ladies: if you’re saying yes when you would prefer to be saying no, you need to look at how you are spending the bulk of your time – for how you spend your time reflects what you truly value.

Time is a non-renewable resource – once a day is gone, you never get it back again.

Another hand shot up. “But if I say no, that could potentially mean the end of a relationship…and what if I end up regretting that ending?”

“Flip the fear,” replied one instructor. “Maybe if a relationship ends, it’s not the worst thing that ever happens?”

And this nugget was the very last thing I took from the course: Responsibility is response-ability: you get to choose how you respond to something.

Then, armed with all this newfound knowledge about boundaries, I headed back into the big bad world/classroom of life. And wouldn’t you know it but a week after the course, I found myself completely overstepping someone else’s boundaries. I just barged right on through that good ‘ol boundary and spoke my truth – which, in hindsight, wasn’t necessarily THE truth but rather the truth as I knew it, based on my experience.

I won’t get into specifics but let’s just say my candour went over like a lead balloon.

I felt absolutely dreadful for saying something that ended up being so hurtful to a close friend. But here’s the thing: instead of apologizing for my behaviour, I defended it! Because upon closer reflection, I realized that, right or wrong, my reaction was telling me how I genuinely felt about the subject matter, which happened to be about how, as pet owners, our powerful emotions – such as grief, anger, sorrow, fear and anxiety – can impact our pets.

In fact, I felt so strongly about this, that when I was working on the book manuscript about my dogs, Sable and Soda, that week (go figure), I realized I had inadvertently, through conflict, stumbled upon the very theme of the book.

So there you have it, boundaries do need to be in place for good reason. But if we find ourselves in the difficult position of overstepping someone else’s boundaries,  we can’t expect it will always be warmly received – even if it is coming from a place of love. But as one who has been on the receiving end of an awful lot of tough love over the years, I wonder if perhaps some boundaries are meant to be crossed…just not many and not often.

Maryanne Pope is the CEO of Pink Gazelle Productions and Chair of the John Petropoulos Memorial Fund. She is the author of A Widow’s Awakening and the upcoming book, Barrier Removed; A Tough Love Guide to Achieving Your Dreams. If you would like to receive her weekly blog, please sign up here.

PrevPreviousCoincidence or Connection – How Grief Awakens…
NextThe Wisdom of The WidowsNext

2 thoughts on “Back Off Baby – Boundaries”