Right on Time – It’s All About the Timing 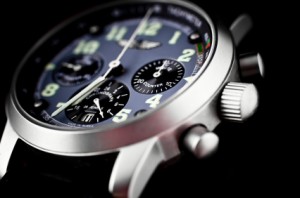 “Patience is the calm acceptance that things can happen in a different order than the one you have in mind.”

“Timing,” as the old saying goes, “is everything.”

However, what I’m discovering is that…

Trying to get the timing right is often beyond our control – and what sometimes seems like really lousy timing is, in retrospect, right on the mark. Click To Tweet

When my dog, Sable, went blind 10 days before I moved from Calgary to Victoria in the spring of 2010, at first I thought it was horrible timing because not only was it extremely inconvenient to pack up one’s home while caring for an aging deaf and blind dog, it also meant that I would be taking her out of her familiar surroundings.

First would be the four day car trip with three different motels. Then we’d be living in a basement suite at a friend’s place in Victoria for six weeks, at which time they would be moving to a new home – without a rental suite. So then, after those six weeks, Sable, Soda (my other dog) and I would have to move again.

This meant that, upon arrival in Victoria, I would have six weeks to either find new digs to rent that would accept two German Shepherds and be suitable for a blind dog – as in a fenced yard and no stairs – or buy my own place.

When my friends in Victoria first told me of their change in plans to sell their home with the rental suite, I must confess my stress level went up a notch…and I found that out when Sable still had her sight. So when she went blind, I REALLY started to worry about where the heck the three of us would live, come the end of June.

But I did have six weeks to look. Not.

The day after I arrived in Victoria, Sable started crying and pacing. I rushed her to emergency. Her eye pressure had spiked again; the drops were no longer working. Four days later, out came that second eye.

In the week following Sable’s surgery, I knew I wouldn’t be able leave her alone at home for very long nor could I take her in the car with me. This would make looking for a new place to live rather difficult, which pretty much left the four days between me finding out her eye pressure had gone through the roof – and her surgery.

Sure enough, it was during this grace period that I was driving down a street in Sidney when I saw a sign for an open house. I had my friends’ kids in the car and one of them went in with me. The realtor showed us around the cute little bungalow. When she took us through the kitchen and into the sunroom addition, my mouth fell open. It was perfect for my office! Two days later, I put in an offer.

From a timing perspective, it is only in hindsight that all this makes sense.

The temporary basement suite turned out to be an ideal place for Sable to heal because a) there were no stairs and it was a small, manageable space; b) I had three little girls helping me care for her and; c) she had my full attention because the big move from Calgary was done and we had our new place lined up.

When I started thinking about this move in the bigger picture, I realized just how incredibly good the timing was. My home in Calgary was a four level split…that’s at least twenty stairs. After Sable went blind, she couldn’t DO stairs anymore! If I were still in Calgary, she’d either be alone every night or I would be sleeping in the living room.

Plus, if I didn’t have an imposed six-week timeline to find a place to live, I wouldn’t have been looking very hard – and therefore probably wouldn’t have found my new home.

Speaking of which, it was on June 29th – nine years and nine months to the day that my husband, John, died – that I moved into my new home in Sidney.

The movers had just finished bringing all the furniture and boxes into the house. Then they walked out the front door and I walked out the back. I stood there a moment, in the middle of the yard, looking around and smiling. Then I looked up to the sky and said a ‘thank you’ to whoever might be listening – and then went back inside the sunroom where all my office boxes were now stacked. And there, sitting on top of one of the file boxes was John’s old Timex.

The only rational explanation I can come up with is that when one of the movers was carrying a Bankers box, it was tilted and John’s watch fell out of the hole where the handle is. If so, it was strange that no one said anything to me about finding it. And I certainly hadn’t started any unpacking yet.

I picked up the watch and smiled…and in my heart, I heard John say, “Right on time, Pope.”

A few weeks later, I found this cute little wall-hanging in town: 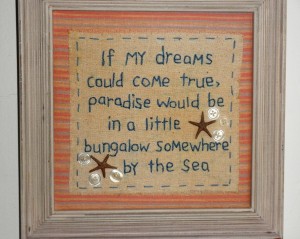 14 thoughts on “Right on Time”